Andy Brown asks what priority our society gives to violence against women and whether the police are doing enough. 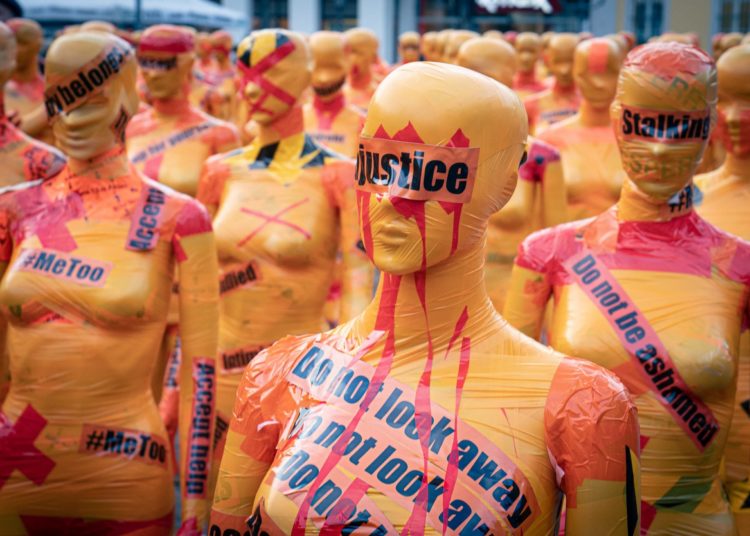 Photo by Mika Baumeister on Unsplash

Editor’s note: this article has been updated following CPS advice on the requirement not to publish material which could jeopardise a fair trial in the Sarah Everard case.

Beneath some disturbing events it is possible to uncover layer after layer of problems, each of which seems more worrying than the last. That’s certainly the case with the tragic death of Sarah Everard. Events this week have highlighted the many layers to the problem of violence against women, including the big question: is the police response good enough?

It gets worse when it’s discovered that the man who suspected of attacking her is a member of the police service that the public pays to protect us.

Violence against women: from individual to institutional

Any reasonable person would have expected the Metropolitan Police to behave sensitively towards the outpouring of human emotion from the public. It should not have been beyond the wit of humanity to devise a method for local people to walk respectfully across Clapham Common and give expression to their feelings and to their wider concerns for the safety of women.

Instead of negotiating a safe way of doing that, what took place was a clumsy heavy-handed resort to the High Court in a deeply unpleasant attempt to stifle legitimate protest.

No one wants those who attend events designed to mark a death to be at risk of serious infection. But was it really impossible to sort out a safe and civilised way to attend a vigil? Especially when the women organising it were offering to organise covid marshals.

Then we come to the biggest issue of all. When you peel away the last of the layers of unpleasantness you get to the root cause of the bad smell. What priority does our society give to violence against women? Or for that matter to violence towards gay people or trans people.

Women’s lives matter just as black lives matter, yet we aren’t dealing with an isolated occasional case of an exceptionally rare event. We are dealing with daily incidents of violence, few of which are investigated, fewer still prosecuted and even fewer which result in conviction.

The everyday violence is primarily within the home. The place where everyone should feel safest. Yet tragically, the vast majority of attacks on women come from men they know well.

Some women who report domestic abuse get first class treatment by police officers who understand the issues, know how to assemble careful evidence, and treat the case with deadly seriousness. Because they are indeed sometimes deadly. That is not the experience of every woman who goes to the police to report a domestic abuse issue encounter.

The need for justice

We may have moved on from the days when women were told that the police don’t get involved in domestics. We are a very long way from the days when every woman who brings a case to the attention of the police is given the package of support that she needs, and every man who uses violence or intimidation as a weapon expects to be held to account.

All too often women are not getting the justice they need. They are ending up back in a situation where abuse is routine and is escalating, whilst economic or family pressure, or despair over finding any escape routes, is keeping them inside a dangerous relationship.

It is this routine daily failure to get on top of a serious problem within our society that most needs dealing with. You can pass all the laws you like to increase sentences for offenders but if the majority of offenders don’t expect to be caught, and don’t feel under any pressure to change, then things are unlikely to improve.

In this respect not enough has changed since the days of the Yorkshire Ripper. Back then, very visible crimes committed in the open air terrified and intimidated large numbers of women across a huge area of the country for several years. We were told it must never happen again. Yet the death toll of women being killed by men has continued.

An inappropriate response to violence against women

What we needed to hear from the Metropolitan Police this week was that they were going to redouble their efforts to give domestic abuse and street harassment proper priority.

We needed to have confidence that the women who’ve made their way to some of the very highest positions in the police force were making a difference. We needed to see evidence of a completely changed culture and of an approach that felt sensitive and supportive of all.

The last thing we needed was to see images of police officers manhandling women who were protesting peacefully. The Metropolitan Police seems to many to be more concerned about its own self protection than the rights of women.

An entire culture has to change. A government that is busily passing even more radical laws to restrict the right to peaceful protest, is ill-equipped to lead that change.

Particularly when it is led by a prime minister whose own behaviour towards women can hardly be described as a model of virtue.