Every woman has a story: a near-miss, paths crossing, a brush with darkness or the man in the shadows. Our lives have fewer safe spaces than men’s do. Chances are most women have at least one story to tell. Maybe several. 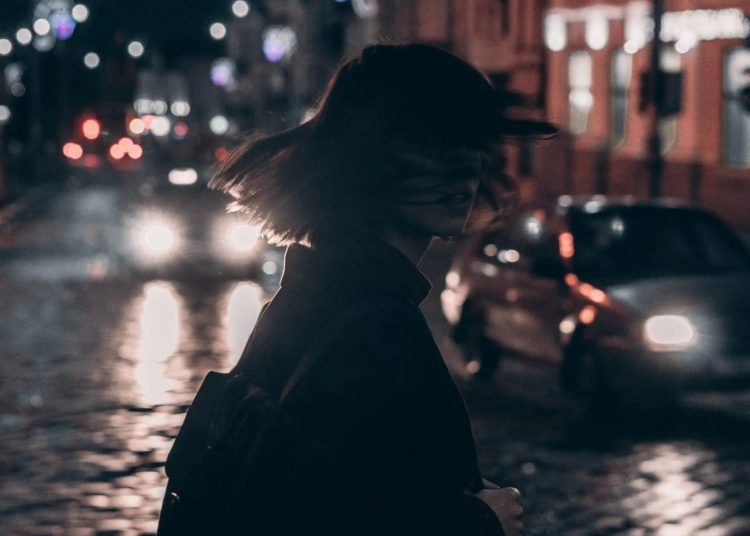 Photo by Elijah O’Donnell from Pexels

I ended up writing something else entirely. Still history, I guess. But more recent and my own and that of women of my generation. Every woman has a story: a near-miss, paths crossing, a brush with darkness or the man in the shadows. Our lives have fewer safe spaces than men’s do. Chances are most women have at least one story to tell. Maybe several.

Violence against women: memories of the Yorkshire Ripper

When I read the Reclaim the Streets vigil placards, I was instantly taken back to my teenage years, when I was living near Leeds at the time of the Yorkshire Ripper, Peter Sutcliffe. It was a vivid reminder of those days of Reclaim the Night stickers artfully placed at eye level on signposts and pedestrian crossings, and graffiti on walls in the city centre.

Fear was everywhere. Fear was there for all my teenage years. Don’t hitch a ride; never walk alone at night. The streets belonged to men. Police, the school, the grown-ups told us female children and young women to “stay inside”. The perpetrators’ freedom was seemingly more important than ours.

As young teenage girls in the 1970s, there were places we knew not to walk past – like the bar where bikers sat outside shouting lewd comments (“jailbait”), and suggestions (“sit on my face”). Their laughter and stares were mortifying and frightening. A couple of years earlier, we’d been playing with dolls and now we were sexualised ‘schoolgirls’ in a ‘Carry On’ culture.

We learned to avoid it; walked the long way round, even in broad daylight. And at night, the accessory we were told to take everywhere with us was a male relative or friend.

Chief of the predators was the Leeds Ripper, later known as the Yorkshire Ripper. He was there in the shadows, always, although we didn’t know his name yet. Some of his victims were my age.

On the night of 24 September 1980, I was going for a birthday curry on the main drag in Headingley and took a bus to Leeds then another from the city centre, to meet my boyfriend there. For some reason I now forget, after getting off at Headingley, this involved a period of walking alone in the dark.

It’s not that we were blasé, but it was a number of years in and following the advice to have a male with you at all times just wasn’t always practical. And sometimes ignoring the danger was our teenaged, half-arsed, stupid way of reclaiming the night.

My boyfriend would usually have met me at the bus station. This was close to the now-infamous Millgarth police station, where they had so much Ripper paperwork they had to reinforce the floors, and yet where they failed for years to catch the serial killer in whose shadow we all grew up. I can’t recall why he didn’t meet me there this one time.

Nothing happened to me. But decades later, when I was researching the Ripper case, I came across an account of the ones that got away – people he attacked, who survived. The possible consequences of my decision to walk alone that night in that place were brought home forcefully to me.

That very evening,  Dr Upadhya Bandara, was in Leeds to attend a conference at the Nuffield Centre. On the night of 24 September, she was visiting friends and then – much like Sarah Everard last week – walked back to where she was staying. In Dr Bandara’s case, this was through the centre of Headingley. Maybe we passed each other at some point.

As Dr Bandara passed the Kentucky Fried Chicken shop, she noticed a man sitting inside staring at her intently. She turned off from the main drag, onto her shortcut, a poorly lit cobbled street called Chapel Lane. And there she was attacked.

Sensing someone behind her, she stepped to one side to let them pass. Sutcliffe swooped, knocking her unconscious with two swift hammer blows to the head. He then looped a length of rope round her neck and started dragging her towards the shadows, to continue his attack uninterrupted.

As he dragged Dr Bandara behind him, her bag and shoes made a noise on the cobbles, so Sutcliffe stopped to remove the shoes, take the bag and throw them away, then resumed dragging her into the dark. A woman who lived in a nearby house heard something and came to her door. Startled, Sutcliffe made a run for it and Dr Bandara came to, with a police officer standing over her. He’d missed Sutcliffe by seconds.

It was when I took in the date of Dr Bandara’s attack that the penny dropped: I was on that same street, the same night, in the dark and at some point alone. My blood ran cold, as I wondered how close I had come to being the latest victim.

Dr Bandara gave a good description of Sutcliffe as a man with a black beard, but as she had no stab wounds, and a rope was involved, the police discounted it as a Ripper attack. A number of the victims who survived gave this same description, but they were also discounted, as they described a man with a local accent, and the police had by then decided the Ripper came from Sunderland.

This false trail allowed Sutcliffe to continue to operate, as did the institutional sexism that led to the early victims being othered and diminished by the police as prostitutes and so not ‘good women’.

By 1980, he had killed on or near campuses more than once; killed women who worked in shops, offices, a building society. Usually, women just walking home, like Sarah Everard last week. Just women living their lives – seeing friends, going out, then walking home.

Violence against women: a lifetime later

And here we are, a lifetime later, and nothing has changed. As women, we still live our lives with threat and a fear of dark, public spaces, feeling we have targets on our backs. For my entire adolescence, there was a man in the shadows – in the dark and liminal spaces. A man whose path it seems I may even have crossed.

I still sometimes dream about those old Reclaim the Night signs. They may have grown tattered as the years passed, but sadly their relevance never faded.