The government's 'authorised routes' for refugees are a sham with no other purpose than to justify the cruellest of refugee policies. 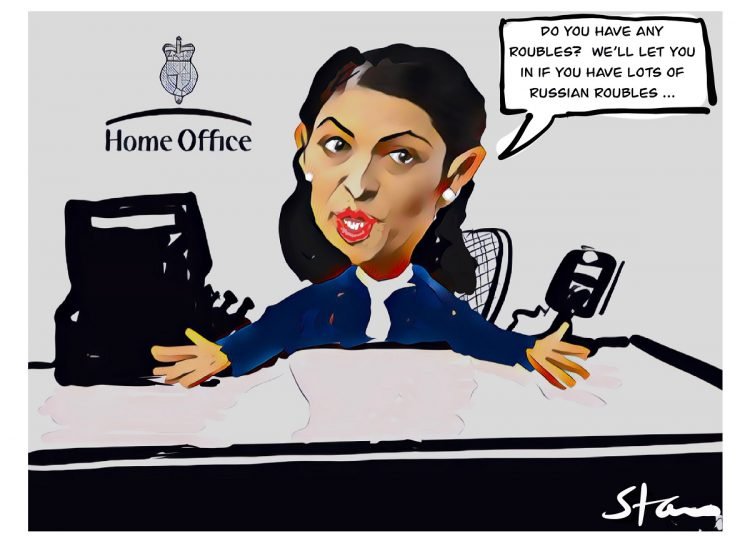 As Russia bombs Kyiv and other cities in Ukraine, hundreds of thousands of women and children flee. British citizens have left and British reporters are also now leaving. Children are being handed over to strangers at the Ukraine’s borders with Moldova, Bulgaria or Poland, to be cared for by volunteers on the other side, as their parents are required to stay to fight or because they are essential workers such as nurses.

Those left behind find safety in the metro stations built to withstand a nuclear war but not to cater for a conventional one.

UK response to the crisis in Ukraine

Almost every European country has opened its borders to Ukrainians and suspended the need for visas. Many have gone further, setting up ‘welcome’ stations, free transport and access to work if they wish. The UK stands conspicuously alone in its refusal to offer assistance.

It states that Ukrainians currently in the UK may have their visas extended but, as it would break international law to send back a citizen to war or persecution, and the jobs Ukrainians are currently filling are still on our ‘shortage’ list, this is hardly a concession.

It has also indicated that it might provide visas for family members of UK citizens, but this excludes all adult family members (other than spouses or a relative cared for by a British citizen for medical reasons). So it would not include children over 18, dependent or otherwise, or elderly relatives of the non-British applicant, such as elderly parents-in-law. Inevitably then, families will either split up or remain together in danger.

Difficulty in getting visas

The UK government has closed the consulate offices, other than in Lviv, where visa applications could be lodged. Lviv is 550 dangerous kilometres away from Kyiv and close to the Polish border – where no application to enter is needed.

While the government still permits visas to be made from adjacent ‘safe’ countries, and has developed some systems to expedite the process for families, the necessary biometric information can only be provided at Warsaw, Budapest or Bucharest.

While other UK visas, such as those for temporary workers can still be applied for from Ukraine, at least theoretically, it is a lengthy bureaucratic process, almost impossible to complete now and of low priority according to the government website. It is likely therefore that there will be fewer Ukrainians reaching the UK through safe legal routes than prior to the Russian invasion.

On Saturday, the government announced that it would be sending more military and medical supplies to Ukraine but made no further announcements or comments about how best to help those fleeing Ukraine, either through assistance to those countries currently supporting refugees or by taking its share of those who might want to come to the UK. It is sticking to its line that refugees should remain in the first safe country they come to, and has not indicated that it will introduce other routes into the UK.

Ukraine is not a member of NATO. The UK and other NATO allies believe that to defend Ukraine through NATO would be unhelpful and may precipitate nuclear war. However, in 1994, the Russian Federation, the US and the UK signed an agreement with Ukraine to protect its security in exchange for Ukraine decommissioning its nuclear arsenal. The UK government retains a responsibility to the people of Ukraine and if it does not wish to engage militarily, it has an even greater responsibility to support the wider international efforts to manage the consequences and the humanitarian disaster that is now unfolding. 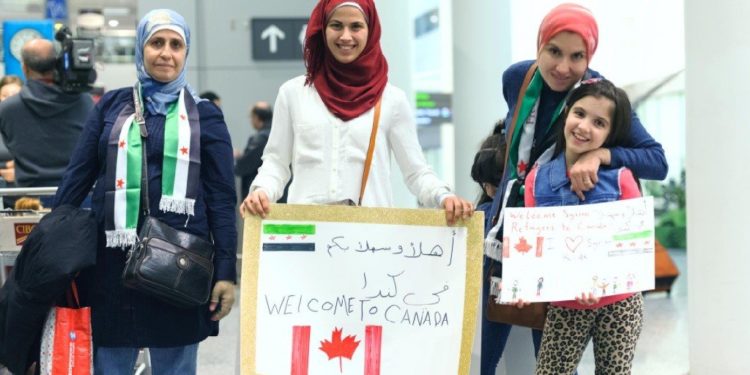 According to the Office for National Statistics (2019), there are only about 38,000 Ukrainian-born nationals living in the UK. The historical, economic and cultural links between the two countries are fairly recent and not particularly strong. The UK is unlikely to be a preferred destination for many Ukrainians, especially since we have left the EU and most Ukrainians were fixing their hopes for the future on becoming members.

Offering open and unconditional support to those needing refuge now or for the longer term is unlikely to result in many applicants and the public, as far as can be understood from the media, would give every support to the government opening its borders to those fleeing Ukraine.

The government does not intend to offer asylum

The government’s restrictive response is therefore unfathomable. Even when the cost to the UK is likely to be low and the political capital high, it cannot bring itself to do the right thing. It has failed to provide safe routes for people fleeing Ukraine (or Afghanistan, previously) when the humanitarian need was irrefutable and evident to all, including to most sceptics.

For many years now, the government has refused to provide safe routes at a scale needed to meet current refugee need or even to take its share in comparison with other advanced economies. Its response to Ukraine suggests that it may refuse to provide asylum at all – as it has done for thousands of those who served Britain’s interests in Afghanistan.

For many months, the government promised safe routes to the UK for Afghans, such as those who had helped the British government, or were Chevening scholars who had studied in the UK and were at risk from having done so, particularly women. Then it quietly removed the promise from its website and referred to it no more.

It looks as though the Home Office will offer nothing to Ukraine refugees unless forced to do so by public demand and then it will delay and make false promises until the moment for rescue has passed.

Authorised routes are a sham

The justification for the punishment of irregular refugee arrival proposed in the nationality and borders bill is predicated on their being other legitimate means of gaining entry. Had the government intended to create authorised routes, now would have been the time. Yet there is not even a hint, let alone a concrete proposal, to indicate that this is being addressed in relation to Ukraine.

Increasingly, it is looking as though the authorised routes referred to in the nationality and borders bill are a sham with no other purpose than to justify the cruellest of refugee policies.