A dedicated police officer had officially finished his long shift four hours before and was on the M4 due to go home, when a 999 call came in. Police constables Andrew Harper and Andrew Shaw responded to the call, with a catastrophic outcome. 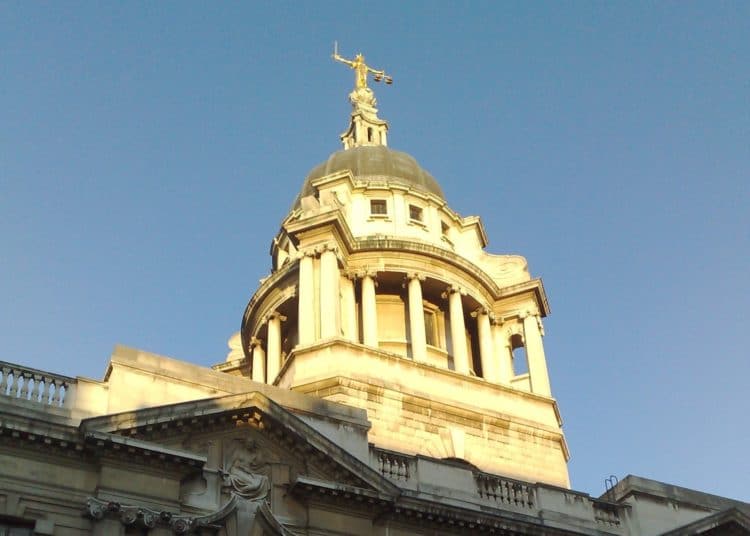 The Old Bailey by markhillary is licensed under CC BY 2.0

A dedicated police officer had officially finished his long shift four hours before and was on the M4 due to go home, when a 999 call came in. Police constables Andrew Harper and Andrew Shaw responded to the call, with a catastrophic outcome.

PC Andrew Harper, who was only 28 years old, was killed by three teenagers – Henry Long (19), Albert Bowers (18) and Jessie Cole (18), in West Berkshire on 15 August 2019, when he caught them attempting to steal a quad bike. They were armed with a large axe, three crowbars and a hammer and were “plainly determined to steal the quad bike” said Mr. Laidlaw, prosecuting. As they sped off from the scene, PC Harper’s feet became tangled in a towrope and he was dragged, swinging from side to side behind the car for over a mile in country lanes, at speeds of up to 40 mph.

The Old Bailey Court jurors were told, “It is unperceivable that the three were unaware of their victim, but they continued to drive”. At times, the three young men did not appear to take their offence seriously as they were often seen smiling and laughing in the court. The driver, Henry Long, pleaded guilty to the manslaughter charge due to the overwhelming amount of evidence against him. Both Bowers and Cole pleaded not guilty.

It is alleged that from the start of this case, friends and family members of the accused made the decision to cause as much disruption as possible to the investigation. The investigation was led by Detective Superintendent Stuart Blaik, who described it as the “most complex of his 28-year career”. However, the suspects’ mobile phones gave up crucial evidence, placing all three accused together in the Seat car to steal the quad bike. Though they were given opportunities to help in the inquiry, they chose not to and showed a total lack of remorse throughout.

A reconstruction of that evening’s events from expert witness testimony provided unequivocal evidence that showed, “it was clear and obvious from the outset that something was attached to the back of the car.”

This trial was one of many that were halted in March due to the coronavirus, causing extended pain and suffering the PC Harper’s widow, Lizzie, who had only been married for one month prior to that fateful night.

The accused all come from the Traveller community and a large number of families camped out in front of the court throughout the trial. In March the security had to be increased in and around the court after the police received intelligence that “associates of the defendants” planned to “intimidate the jury”. With the new jury sworn in, one female juror was dismissed just as the deliberations started, leaving only 11 to respond to a verdict. When this woman was dismissed, she was seen to clearly mouth “bye boys” to the accused.

The verdict of not guilty to murder, but guilty to manslaughter was a bitter blow, not only for PC Harper’s family, but for all members of any workforce that put themselves on the line for others. However, manslaughter can still carry a life sentence, and today the his killers were sentenced to 16 years (Henry Long), 13 years (Albert Bowers) and 13 years (Jessie Cole). In his summing up, the judge Mr Justice Edis, said he had to “take into consideration the seriousness of the crime and the risk to the public”.

Meanwhile, Lizzie Harper has written to Boris Johnson, Priti Patel and Lord Blunkett asking for a retrial. In an open letter on Facebook she wrote:

“I will keep fighting on behalf of Andrew, the future that was stolen from us and also the victims who find themselves in this unjust situation in the future. After all, who are we if we allow our legal system to fail us? What is this country if it does not provide justice for the innocent?”

PC Harper’s mother has spoken out as well, launching a petition to overturn the verdicts. This petition had surpassed 300,000 signatures at the time of sentencing.

Neither the Home Office nor the prime minister has responded as yet. Crown Prosecution Service guidelines say retrials may be sought if there is significant public interest – although they are only generally carried out if compelling new evidence emerges, or it is proven that a jury was interfered with.

It seems that the outcomes of this case may continue for some time.

Linda is a criminal psychologist, trainer, writer and broadcaster who now lives in Leeds. She was born in Norfolk, brought up in Kent, and has lived and worked throughout Europe (with many years in Spain), the Middle East, USA and Canada – to date she has moved 42 times. Her areas of interest are self-care, mindset, compassion fatigue, secondary traumatic stress, avoiding burnout, the autistic spectrum, travel and musical theatre.