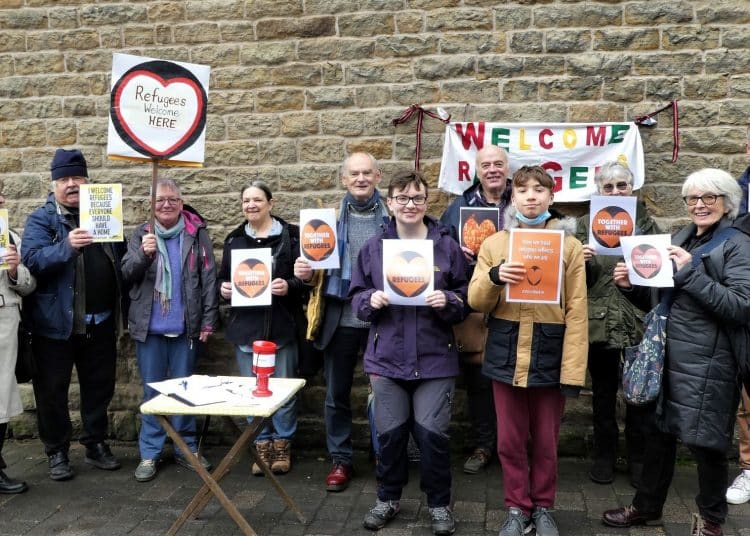 The Nationality and Borders bill is returning to the Commons and you will be voting on a number of Lords’ amendments. Upper Wharfedale Refugee Support Group has previously written to you expressing our concerns, along with other groups in the Craven area.

The bill seeks to introduce a two tier refugee system which will criminalise and punish those who arrive in the UK without prior Home Office approval. It proposes detaining asylum seekers ‘off shore’ without time limit, and revoking citizenship without prior notification.

We have seen and admired as ‘the best of us’ citizens of Europe crossing national borders to offer sanctuary to those fleeing Ukraine – meeting them at the border or railway station and taking them home to safety and care.

If the Nationality and Borders bill becomes law, those seeking sanctuary in this way in the UK would be immediately detained, and those who helped them prosecuted. The bill proposes that the maximum sentence for helping refugees in this way be increased from 10 years to life imprisonment.

The Nationality and Borders bill is opposed by:

The bill will not stop channel crossings, it will only add to the harm already caused by war and persecution. At the very least, we hope you will support the Lords’ amendments. We would prefer you to vote against the bill in its entirety.

On a personal note: as a long-time teacher of refugees and asylum seekers, I know from experience that there is plenty of popular spirit in various NGOs, community support groups and campaign groups which support vulnerable people who arrive in the UK seeking sanctuary. The spirit of these many willing volunteers cannot act alone, and without political willpower and votes will mean very little to those who have fled conflict only to find themselves caught in a different degrading and dehumanising stasis at the UK’s borders.

Thank you for taking the time to engage with us on this issue.