The sole focus of the bill now is how to reduce the number of refugees in the UK (26,903 last year), deport as many as the UK can, and prevent those crossing the channel by small boat (8,500 last year) from remaining in the UK. 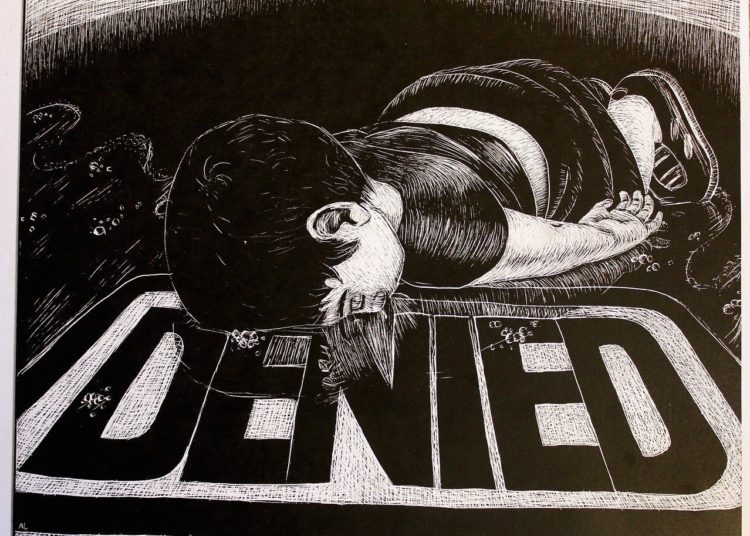 Image by amykins from Pixabay

The nationality and borders bill received its first reading in the House of Commons on 7 July. It is intended to give legislative effect to the proposals outlined in the government’s new plan for immigration published in March 2021.

Press and social media attention has primarily focused on the controversial proposals to deal with asylum applications ‘off-shore’ and to force safe countries to accept refugees ‘returned’ by the UK. The sole focus of the bill is how to reduce the number of refugees in the UK (26,903 last year), deport as many as the UK can, and prevent those crossing the channel by small boat (8,500 last year) from remaining in the UK.

What is the nationality and borders bill trying to achieve?

The government’s proposals are outlined in the bill’s accompanying fact sheet. The Home Office states that the objectives for the bill (and the wider plan for immigration) are:

The justification for making changes to the nationality and borders bill is said to be:

The wider context of the bill

Nowhere in the nationality and borders bill or in the immigration plan is there any recognition of the measures needed to support the 80 million people, worldwide, who have fled their homes, the 26.4 million people seeking refuge in another country, or the 616,355 refugees in Europe.

There is no discussion of how the international community might collectively manage the problem or the role of the UK government and state aid in preventing the conditions that lead to people fleeing their homes or reducing the impact of war and famine.

No new proposals to protect and support refugees

While the government states that the legislation is intended to “better protect and support those in genuine need of asylum” there are no new proposals to do so.

The new UK resettlement scheme began in February 2021, replacing the schemes that operated between 2015 and 2020.

It is broadly the same as previous schemes, but where the previous schemes made a prior commitment to accept 20,000 refugees over five years (and a further 25,000 family members were accepted through family reunion schemes), there are no new targets, and numbers will be dependent on the capacity of the government and local authorities or community groups to support refugees and other, unspecified, circumstances that may be relevant at the time.

In 2020 the government resettled 353 refugees. Figures for the first three months of this year suggest we might accept about 1,200 applications under the new scheme a year, although these numbers may improve as the world recovers from coronavirus.

This would be a drop of about 84 percent over the previous scheme resettlement numbers or 0.0045 percent of the 26 million people seeking refuge in a country outside their homeland.

As before, resettlement help under the new scheme includes accommodation, access to English classes and public services, help with employment and support through the Refugee Council or local support groups. As the agreement to offer asylum has been reached before the refugee enters the country, they will enter with a right to remain and are able to work from the outset.

None of this is new but will now be enshrined in law.

The government states it will prioritise those “at risk and in immediate danger” over those already in a “safe” European country, even if their application to come to the UK is to join a family member.

Prior to Brexit, the UK accepted refugees, especially children, in the EU who were trying to reach their families in the UK. This route to asylum will no longer apply, although applicants may apply in the same way as someone from outside the EU. The intention is to penalise those making the journey to the UK via Europe.

The impact of the bill on refugees

The government states that it aims to “deter illegal entry into the UK [by] breaking the business model of criminal trafficking networks and saving lives”. It proposes:

The nationality and borders bill categorises refugees as those who have come directly from “a country where their life or freedom was threatened” and those that have not.

Those that have not are required to prove “good reason” for passing through a “safe” country and are deemed to be illegal unless they can do so. As an illegal immigrant, they may be imprisoned, for up to four years, and deported.

As there is no safe country that most refugees can be returned or deported to, they will remain in the UK and their entitlement to public services and funds, entry of family members, and rights to work will be curtailed.

The impact of this will be to render destitute those who have come to the UK under their own resources.

The bill also provides for assessing asylum applications off-shore and sends asylum seekers to a third country. Both measures are intended to deter refugees and to ensure they do not remain on UK soil. A further article will explore this in more detail.

Refugees and asylum seekers are entitled to certain protections under the 1951 UN Convention on Refugees, some of which are enshrined in UK legislation and the European Convention on Human Rights to which the UK is still a signatory.

There are particular safeguards for refugees who are children or victims of slavery or exploitation.  These safeguards are not always applied while in other cases, an applicant may claim to be a victim of slavery or a child. This bill will make such claims more difficult.

The UN Convention on Refugees disallows the means of entry into a country to determine refugee status. Current immigration guidance takes into account whether a person has travelled through a safe country to determine whether their application to seek asylum in the UK is “genuine”.

The bill will legislate such claims as  “inadmissible”. In other words, they will not be denied asylum, they will simply be “ineligible”. This provision is likely to be tested in law.

Those deemed “ineligible” cannot appeal the decision. The bill also sets a new barrier for appeals including awarding costs against an appellant. It will allow for “expedited” processes to fast track deportations, limit appeals and greater use of detention for those whose cases are being considered.

The government’s three aims will not be met by these proposals. There are no new plans to better protect those in need of asylum. The government intends to provide substantially less asylum in the future and will treat those who have entered the UK less favourably than those who come directly from refugee camps.

Deterrence requires those who flee danger to be aware of the UK government’s punitive policies, or the criminal gangs bringing them to the UK being concerned for the welfare of would be asylum seekers. Home Office research shows that:

The third purpose – to remove those with no right to be here may be realised through some of the measures proposed. However, it is unlikely, that there will be much of an increase in removals to countries of birth or safe third countries.

Given the known ineffectiveness of punitive measures in altering undesirable behaviour, it has to be assumed that punishment is the aim of this bill, disguised as deterrence.

The Windrush scandal arose because the government required Windrush immigrants to prove their entitlement to be in the UK, to refuse the legitimacy of claims and only concede them when forced to, often via the courts and often after loss of home, jobs and in some cases deportation.

It’s a deliberately hostile and sceptical approach which increased distress and harm.

The government now intends to embed this approach for asylum seekers in UK law. Not only has it failed to learn from the Windrush Lessons Learned Review, it now intends to institutionalise those behaviours it was so strongly criticised for.