Recent events leave no doubt that the nationality and borders bill’s intention is to inflict only pain and cruelty to refugees. 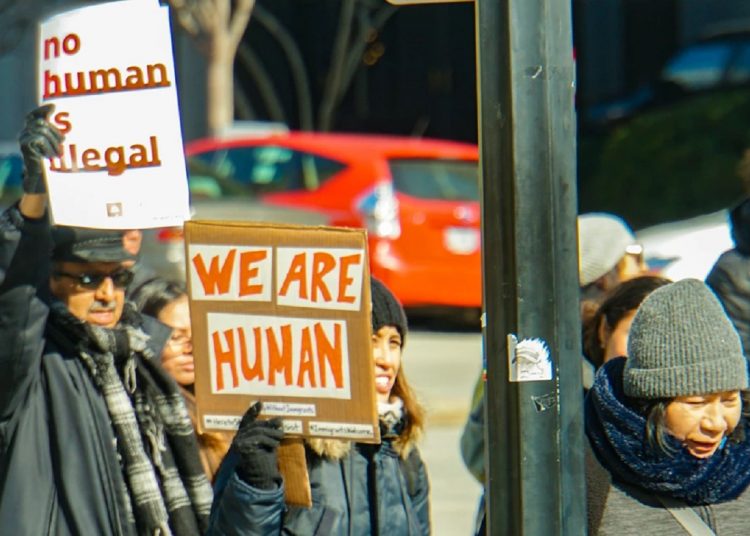 Since the publication of the government’s plan for immigration in March 2021, Priti Patel has maintained that the plan and subsequent nationality and borders bill are designed to prevent dangerous channel crossings and to destroy the ‘criminal gangs’ that operate them; all in order to provide a fairer refuge system that prioritises the most vulnerable. She has expressed concerns about the fate of refugees who cross the channel and has assured MPs and the public that the bill is as much for their protection as it is to reform the asylum and immigration system.

The bill’s successful passage through parliament is predicated on moderate MPs (and to a lesser extent civil society and the Lords) accepting the government’s contention that asylum seekers crossing the channel are economic migrants or ‘illegal’ refugees who are ‘cherry picking’ their chosen country at the expense of ‘genuine’ refugees. It further requires people to believe that punitive measures are effective and are necessary in these cases to act as a deterrent.

Had it not been for the war in Ukraine and the UK’s response – and the premature announcement of the plan to send asylum seekers to Rwanda in order to give right-wing Conservatives ‘red meat’ to chew on in exchange for supporting Johnson – the government’s agenda to stop any asylum seeker ever gaining refuge in the UK would have, perhaps, remained hidden.

The government has drawn its inspiration from Australia, which operates a system of boat pushbacks, offshore detention and refusing to accept refugees on the mainland. The proposal in the nationality and borders bill reflects the Australian system, but there are some differences. Although the UK is an island, as is Australia, its territorial waters are some of the most dangerous in the world and adjoin those of France, making pushbacks more complicated and unsafe. So, the bill’s focus has been on what should happen once asylum seekers coming by small boats ‘arrive’ on-shore – measures of ‘deterrence’.

In February 2021, the Home Office appointed Alexander Downer, the architect of Australia’s ‘Pacific solution’, as an adviser. He is of the view that all asylum seekers should be understood as economic refugees and therefore illegal immigrants. He is also a trustee of the right-wing Policy Exchange think tank, which has promoted the policy that no refugee arriving by boat should ever be allowed to settle in the UK. The government, Downer and Policy Exchange have framed the refugee crisis as only concerned with preventing small boat crossings. Yet the war in Ukraine has revealed that the only asylum route into the UK is via small boats, the most dangerous route of all.

Do MPs understand the provisions of the bill?

I have written extensively about government lies and misinformation on asylum matters, the ignoring of government-produced research and advice and Home Office misinformation being pumped out to Conservative MPs, all designed to garner support for, but not explain, the provisions of the bill. Many people with expertise in refugee matters (almost all of those who responded to the plan for immigration) have also provided information and research evidence to show that the (stated) bill’s aspirations will not be met by the measures proposed. Yet, MPs still trot out the government ‘line to take’, with no evidence to back it up, that the bill will make seeking asylum safer and fairer.

The nationality and borders bill allows the authorities to scoop up potential asylum seekers in English territorial waters and remove them by force to another country, before the refugee can make a claim. It also allows for charging would-be asylum seekers with illegal ‘arrival’ in the UK and, rendering them ineligible for asylum on conviction. In other words, these provisions are intended to disallow most of those who can claim asylum now to claim it in the future. As 70 percent of asylum claims are successful (of about 44,000 per annum), this will have a significant impact on the number of people who will be either detained indefinitely in another country or in the UK prison system.

The government states that it intends to meet international obligations and it is unlikely that it aspires to be a pariah state. By making asylum seeker claims inadmissible, which is allowed for under the refugee convention regulations, it hopes to keep within the law and thereby prevent legal challenges and appeals. It may also hope that by redefining asylum seekers as illegal immigrants, incarceration and removal can be justified. 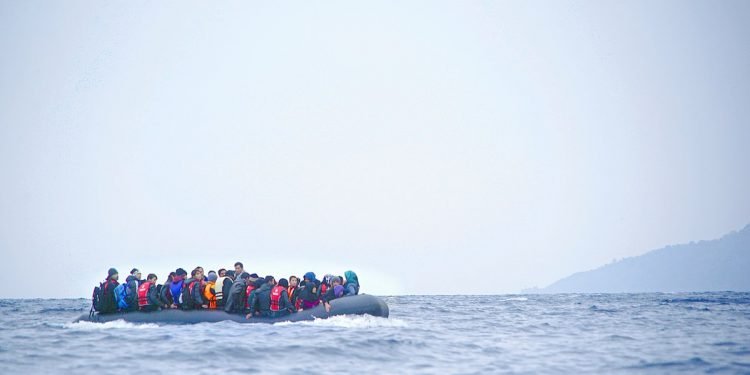 The plan to send to Rwanda announced on 14 April is further indication that the government is aiming to keep all asylum seekers and potential refugees out of the UK. The memorandum of understanding between Rwanda and the UK states:

“The objective of this Arrangement is to create a mechanism for the relocation of asylum seekers whose claims are not being considered by the United Kingdom, to Rwanda, which will process their claims and settle or remove (as appropriate) individuals after their claim is decided” [our emphasis].

We are provided with no more detail about who will be included, but this paragraph suggests that those who will be removed are those who have reached UK shores and have had an opportunity to lodge an asylum claim. They cannot be considered to be asylum seekers until they have made their wishes known, but the text also indicates that they are “not being considered” for asylum in the UK.

In effect, the government is planning a trade in refugees. It is selling refugees to the lowest bidder, to a country that has a poor record on protecting human rights and from which many refugees are already fleeing. Rwanda also failed in keeping refugees sent by Israel safe and has recirculated refugees back into Europe for the cycle to begin over again. The government is creating the market for refugees that it says it is trying to prevent.

The government’s argument for support for the bill is that is wants to provide safe routes that are not reliant on people smugglers and to ensure asylum is offered to the most vulnerable, not to those who may have the wherewithal to get to the UK. The bill makes no requirement of the government to institute safe routes or to fix a quota for the number of refugees that might be accepted. There are no safe routes currently open and available to refugees. None are planned.

The refugee crisis in Ukraine offered the government the perfect opportunity to exercise its humanitarian credentials by providing safe routes for Ukrainians to reach the UK. It has refused to do so. In February, I wrote that the UK’s approach to those fleeing Ukraine showed that ‘safe routes’ for refuges was a sham.

The government has not offered a safe refugee route to the UK. It has only offered, and after a public outcry, a visa route that takes weeks if not months to access, while leaving vulnerable women and children stranded in other European countries exposed to exploitation and the advances of people smugglers. The government does not provide any resources that would increase safety, support for temporary safe accommodation, or any resources to assist families to get to the UK. Worse still, those who have applied for visas have no information about how long it will take and whether or not they or their hosts are likely to be approved.

Just over 13,000 Ukrainians have arrived in the UK, 0.29 percent of those fleeing Ukraine. The government’s response is not just indicative of one that does not care about the wellbeing and safety of refugees, in spite of all its rhetoric to the contrary, but a government that is actively creating the conditions in which abuse and people smuggling with thrive and making sure the fewest number reach safety, a paper-based version of pushback.

The government refuses to countenance any solutions to the refugee problem

Organisations and individuals opposing the bill have suggested a number of measures that would answer the government’s (stated) concerns including:

The government has ignored them all but contends that no solutions have been offered, going as far as Patel challenging Justin Welby, the archbishop of Canterbury to offer solutions to the ‘refugee problem’ after his Easter sermon condemning the plans to send asylum seekers to Rwanda. The Lords, of which Welby is a member, has drafted a number of amendments to the bill which would make the system more humane and enable prioritisation of the most vulnerable. Patel has rejected them all.

It seems that many people, particularly Conservative MPs, were prepared to give Johnson and Patel the benefit of the doubt, that they might have some concern for refugees. But recent events – pandering to the most base instincts of Conservative voters over Rwanda and the Ukraine crisis – can now leave them in no doubt that the bill’s intention is to inflict only pain and cruelty.