In the UK, the unhappy normal is that almost one in three women experience domestic abuse 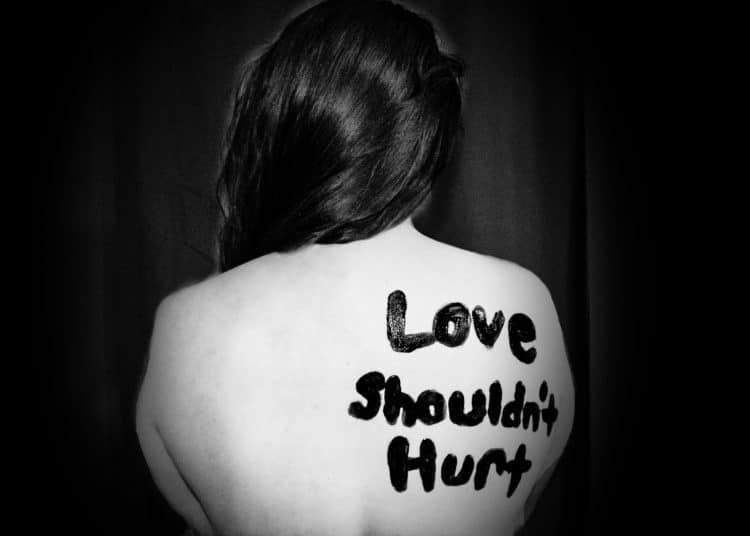 Photo by Sydney Sims on Unsplash

In an overwhelming understatement on 5 April, UN Secretary General António Guterres defined war as a “non-essential activity” and called for a global ceasefire to allow the world to concentrate on the coronavirus pandemic. Less reported was his call to end to all violence, from the battlefield to the home. The UN is concerned that around the world, domestic violence has sharply increased, alongside the spread of Covid-19.

In the UK, the unhappy normal is that almost one in three women experience domestic abuse. In the year ending March 2019, an estimated 1.6 million women and 786,000 men suffered domestic abuse in England and Wales. During lockdown those figures are increasing. According to Leeds-based Women’s Lives Matter Yorkshire, the number of women killed by a partner has risen to three a week (previously it had been two), and three women take their own lives in order to escape violence.

In wider Europe, methods for recording domestic abuse vary, but similar increases have been noted. France details a rise of over 30 per cent while German organisations simply report “Christmas squared”, with violence traditionally peaking at Christmas. Calls to Spain’s domestic abuse helpline increased by 47 per cent in April; in contrast Italian organisations saw a drop in calls, possibly due the proximity of the perpetrator during lockdown.

Lockdown with its economic and social stresses, whilst exacerbating domestic abuse, does not explain it; it is part of everyday life. Pregnancy is a known trigger as is football. Lancaster University’s 2013 study showed abuse rose by 23% during the Football World Cup when England played and 38% when the team lost.

How has Europe responded to this chronic problem in the current health emergency? Countries have made available additional money. Even Sweden, with its more relaxed social isolation, anticipated a rise in domestic violence in March and made the equivalent of £10,000,000 in funding available. Similarly, the UK has a £76,000,000 package to protect the vulnerable, including survivors of domestic abuse. However, in May the York-based charity Independent Domestic Abuse Services, which supports both women and men, had yet to receive any funding; seemingly national helplines have priority over local hands-on organisations.

Physical distancing demands not only additional beds but additional space. Austerity has already decimated UK domestic abuse services, with local authority spending on refuges cut from £31.2m in 2010 to £23.9m in 2017. One in six refuges has closed and new referrals are rejected due to bed shortages. France and Germany report a similar pre-virus shortage of many thousands of beds. The French government’s response is to finance 20,000 hotel nights for women fleeing abuse, mirroring a UN recommendation on expanding capacity.

In the UK, a cross-party group of MPs – supported by domestic abuse commissioner, Nicole Jacobs, and victims’ commissioner for England and Wales, Dame Vera Baird – has pressed Home Secretary Priti Patel to re-purpose empty hotel rooms, properties and B&Bs. Reportedly two hotel chains have offered rooms. The government has yet to act. The provision of free train travel for someone fleeing violence is laudable, but nonsensical with no access to a safe place.

Women with abusive partners have ever had limited opportunity to seek help; lockdown restricts this further. Calls to helplines have fallen, replaced by desperate text messages and emails from women confined with an abuser. In response, the UK, France and Spain have followed a UN recommendation of designating certain outside spaces to report abuse without alerting the perpetrator: pharmacies; Boots in the UK. In Spanish and French pharmacies, the code word ‘Mask 19’ alerts the authorities. France, Italy and Spain also offer pop-up centres at supermarkets – what is more inconspicuous than grocery shopping?

Perversely we have the virus to thank for these pharmacy and supermarket help-points and innovative technology to protect those at risk at home. This is also true elsewhere. Madrid has established an instant messaging service with geolocation and an online chatroom to provide psychological support to victims. In Italy, the use of WhatsApp to seek help has surged; in Spain, a WhatsApp service for women trapped at home has had a 270 per cent increase in consultations. Germany and France asks neighbours to be alert and inform police.

The situation is complicated further for children trapped in abusive households. Whilst all countries mentioned here acknowledge the harm inflicted as witnesses to domestic violence and regret that locked-down children lack the usual outlets of school and relatives, they have no remedies. Only Sweden continues to send its children to primary schools. School-attendance might not be universally popular in any country, but for children of all ages with an abusive home-life, it may be a safer option.

Beyond survival, debate centres on shaping our ‘new’ world post-virus and on learning from our pared-down life what is essential, what is key. War is not essential; key are the caring and community skills, long undervalued in the NHS and public sector. The government has money to safeguard business. It should safeguard victims of domestic abuse with proper funding.

If you are suffering from domestic abuse and need help, please contact the Independent Domestic Abuse Services, or the National Domestic Abuse Helpline