The Beating Crime Plan will punish more severely the already dispossessed, the poorest and the least able members of our society and it will further victimise black people while having no impact on victims of crime or crime statistics. 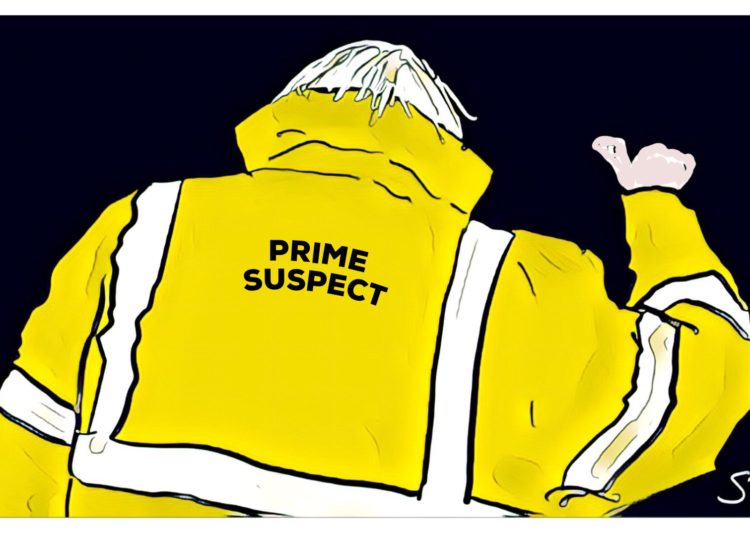 According to the Independent newspaper, the recently published Beating Crime Plan (here after called ‘the plan’) was developed by the government in response to Labour’s messages about getting ‘tough on crime’. In its haste to get something out into the public domain, it failed to consult on the proposals with police representatives or police and crime commissioners.

The plan consists of a range of ad-hoc measures that address some of the problems the country faces but does not add up to a coherent approach to tackling crime. The government has pulled a few new policies out of the tombola bucket in the hope that some of them might prove to be worthwhile. But it’s clear that little attention has been paid to the needs of victims or ‘what works’ in reducing offending.

In the prime minister’s introduction to the plan, he states it is:

“Combining prevention, deterrent and enforcement … to keep people out of trouble in the first place, and to hammer those who persist in breaking the law. It gives the law-abiding majority the respect and support they need and deserve should they fall victim to any crime. And it sends a very clear message to criminals … that we are coming for you”.

Sensibly, the plan does not set targets for reducing or preventing crime. However, in positioning itself as the party of law and order there will be expectations that both will be achieved.

The Home Office is currently attempting to undo the damage inflicted by the Conservative government from 2010 to 2019, namely the dismantling of the probation service and the cut of 20,000 police officers along with the destruction of community services that supported offenders and prevented offending. The plan is aimed at building on those programmes but targeted on specific types of offence or neighbourhoods.

The problems the plan identifies are lack of contact between the police and victims and communities; youth violence, especially knife-related crime; lack of employment after release from prison; and drug and alcohol related offending.

The proposals to require offenders clearing rubbish to wear high vis vests to show they are ‘paying back’ for their crimes and the extension of stop and search have received much comment in the press. But the plan also proposes:

All of the proposals adhere strictly to the boundaries of the criminal justice system. So, there are no proposals for community-based approaches to crime prevention or any acknowledgement of the role of other public services in either preventing crime or reducing its impact (such as youth services). There is a chapter on fraud and cyber-crime but there are no new proposals. Essentially, the plan is about crime at a local level.

Very few offences are reported to the police. Eighty-four percent of rapes and most minor theft or fraud – the bulk of offending – are not reported. The official ‘clear up’ rate is between 8 and 15 percent. But this is primarily made up of offences where no crime has been reported by a member of the public – for example, resist arrest, assault on a police officer, possession of drugs or a knife following stop and search – or when an offender is caught and admits to other unreported offences.

Even when a crime is detected, prosecution does not automatically follow, as there may not be enough evidence to secure a conviction. The proportion of cases referred by the police to the Crown Prosecution Service that proceed to court is about 75 percent and the conviction rate for these cases is about 80 percent.

The way in which data is collected in the criminal justice system makes it difficult to establish the percentage of offences that result in a conviction. But, if only 20 percent of offences are reported (a generous estimate) and of those only 10 percent are detected (again a generous estimate), of which 75 percent go to trial and of which 80 percent are convicted or there is an admission of guilt, then only 1.3 percent of crime results in a punishment. In reality, the role of the criminal justice system and punishment in particular, in reducing offending is largely symbolic.

Punishment is rarely a deterrent

In spite of all the government’s rhetoric, there is little evidence that punishment acts as a deterrent for the population at large or for the individual offender. In respect of young offenders, the reverse is true.

The Edinburgh Study of youth transitions and crime found that young people from all social classes and neighbourhoods were equally likely to offend in their youth, but those living in the poorest areas were more likely to get caught and put through the youth justice system. They found that this processing, of itself, accelerated offending while those who offended but were not caught desisted soonest. Far from criminal justice action ‘nipping offending in the bud’, unwanted behaviour is best ignored (or not detected).

Last autumn I outlined the impact that extending stop and search would have on increasing criminal activity and racial discrimination. The more stop and search is used, the lower the percentage of searches that result in an arrest. Although drugs and knives have been found on searches, it is an ineffective tool that has the capacity to increase rather than decrease offending. Stop and search was found by the police inspectorate to be illegally implemented in 15 percent of cases – so the police were committing more offences than they detected.

The government intends to relax the conditions that require police officers to have good grounds for searches and to use searches more extensively, despite Home Office research outlining its ineffectiveness. Implementing an ineffective measure, in the full knowledge of its likely harmful impact on black people, may in fact amount to institutional racism.

The plan also proposes to require those undertaking community service to wear high vis vests and clear rubbish. This approach was tried in the 1990s in Scotland (pre-devolution), when Michael Howard was the home secretary and Michael Forsyth was the Scottish minister, each trying to outdo each other in their punitive aspirations.

The (then) Scottish Office inspection report, ‘A positive Penalty’, (now out of print) found that the approach failed. It was difficult to orientate offenders to more pro-social behaviour while humiliating them. The risk of offenders and staff being abused or assaulted on the job was too great for community service to manage without additional staff and costs, or to remove offenders to areas where no one would ever see them working. Most notably, the charities and volunteers on which the scheme relied were totally opposed to treating offenders in this way and simply refused to work with community service if they implemented it.

At best, the criminal justice system can provide encouragement to law-abiding citizens to remain so, and process offenders justly and humanely. Rehabilitation services such as the probation service can also remove obstacles to desistance such as lack of employment or housing. To promise more is to deceive the public.

This plan will punish more severely the already dispossessed, the poorest and the least able members of our society and it will further victimise black people while having no impact on victims of crime or crime statistics.

We can expect that, as each failure to reduce crime becomes evident, offenders will be made scapegoats for the government’s poor policies and increasingly harsh measures will be pursued. The worry is that Labour, in accusing the government of being ‘soft’ on crime, will encourage the Conservatives to ratchet up levels of cruelty – as has already occurred with the hasty publication of this plan.