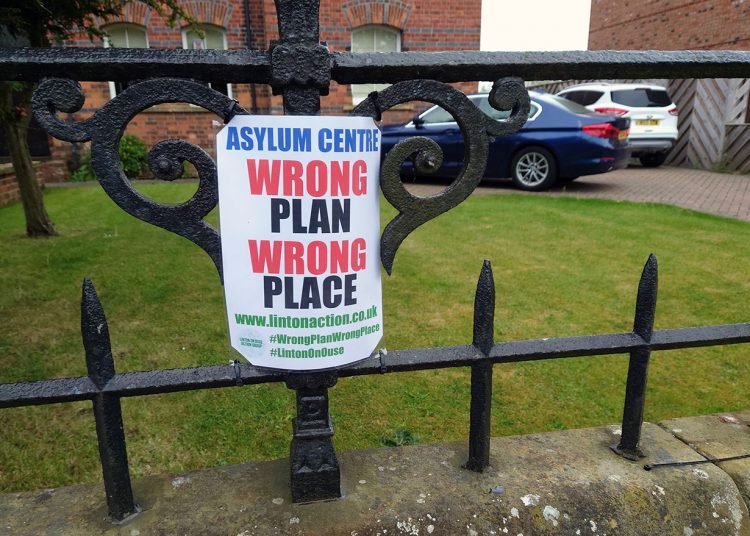 The Home Office proposes to use the old RAF station at Linton-on-Ouse to house up to 1,500 asylum applicants in a new ‘asylum reception centre’. It is the first time a military camp has been used for longer-term refugee accommodation or for such great numbers. The Home Office has previously used ex-military camps – Napier and Penally barracks – to house asylum applicants on a short-term basis.

What can we learn from this experience and what are the implications for the management of Linton? It is not reassuring. The government seems intent on repeating its past mistakes and asylum applicants and local residents will suffer.

The Independent Chief Inspector of Borders and Immigration, HMI of Prisons, and HMI Constabulary and Fire Services work together, along with other inspectorates such as care or education, to inspect custody suites, immigration detention and removal centres and short-term camps and holding facilities.

All the inspection reports into custodial immigration facilities, excepting Dungavel, have revealed poor care and management. Additionally, there have been serious allegations of institutional abuse, for example at Brook House and Yarl’s Wood. A recent inspection of hotel accommodation indicated that it is of a reasonably good quality though “eye wateringly” expensive. The short-term holding facilities that accommodate asylum applicants for some hours or a couple of days on arrival were last inspected in 2020 and the joint inspectorates found these were facilities were poor.

The provision that most closely approximates to the plans for Linton is Penally Camp (now closed) and Napier Barracks, both last inspected in 2021. The report was published by the chief inspector, David Neal, although most of the inspection work was undertaken by his predecessor, David Bolt. The inspectorates noted that the sites were chosen because they could be “stood up at short notice using emergency planning powers”. The Home Office acquired the sites on 12 and 13 September 2020 and opened them from 21 September. The local authority received three days’ notice.

From the outset, concerns were raised about the suitability of the facilities and the Home Office’s approach, particularly the lack of consultation with key service providers that would support the facility. The report states:

“From October 2020, a number of stakeholders contacted my predecessor, drawing attention to concerns about the quality of the properties … My predecessor also met with … the Welsh Government, the local policing commander, and the local health board seeking an urgent investigation into the Home Office’s use of Penally Camp.”

The chief inspector had raised concerns about:

“The failure by the Home Office to consult local stakeholders, on whose services and support the camps would be reliant, before taking the decision to proceed with their use; inadequate assessments of the physical and mental health of those selected to be moved to the camps; poor communication with the camp residents; poor employment practices by the camp contractors at Napier Barracks; and use of insecure means to share the personal information of the Napier Barracks residents by sub-contractors.”

This is what the inspection found:

The Home Office’s indifference to the conditions and their lack of oversight had a significant impact on those accommodated. But it also put the Home Office at risk of breaching its own policies and the law regarding modern slavery and illegal immigration.

“When the ICIBI/HMIP team visited Napier on 17–18 February, they found that some employees were living onsite in squalid and unsafe accommodation and were seemingly working in breach of their student visa conditions.” 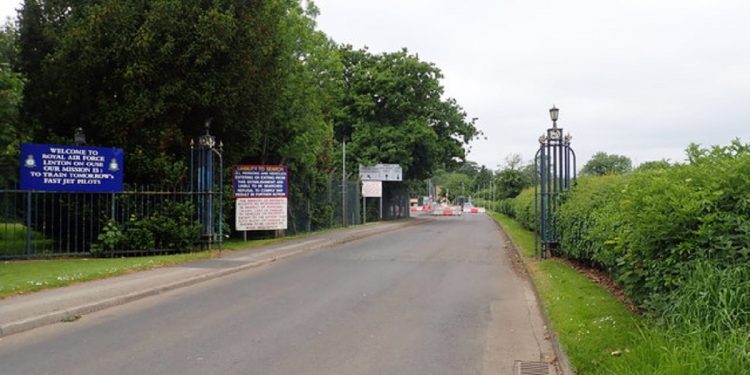 Impact of lack of consultation

Bolt, the initial chief inspector, wrote to the Home Office on 21 March 2021 (annex A of the inspection report):

“Firstly, the failure to consult local stakeholders on whose services and support the camps would be reliant before taking the decision to proceed was a serious mistake and the need to move at speed is not a satisfactory excuse. The fact that in both cases local stakeholders learned of the decision via rumours rather than from the Home Office, made matters worse.

“Professional courtesies aside, it is hard to see how the Home Office and Clearsprings Ready Homes were able to make an accurate assessment of the risks and suitability of either site without input from these stakeholders. Was it known, for example, that two of the four GP practices in Folkestone had recently closed?

“There are clear lessons here about early engagement if any new locations are being considered, particularly if these are remote, or are not existing dispersal areas, or where large concentrations of asylum seekers are involved.”

It is the lack of consultation that Bolt attributes to the facilities being “totally inadequate”, and which placed residents at risk from the fire at Napier and the covid outbreak. This lack of consultation was also evident in the acquisition of hotel accommodation. In both cases, local authorities, health boards and local voluntary agencies were left to pick up the pieces and mitigate the worst aspects of the situation.

The Home Office is repeating its past mistakes

The government attributed the lack of preparation and consultation regarding Penally Camp and Napier Barracks to the “sustained asylum intake” (the number of small boats cross the channel) and the pandemic. As all covid restrictions were lifted by the government in March and the number of asylum applicants has reduced over the past couple of years, there can be no reason for the lack of engagement regarding the proposed asylum accommodation at Linton-upon-Ouse. Yet none has been forthcoming.

The fabric of the buildings at Linton appears to be better than that of Napier or Penally but all other concerns apply. Linton is isolated and lacks local amenities such as health, leisure, language or education opportunities and there are growing problems with sewage and flooding.

None of the providers of asylum accommodation or detention have performed their duties well, judging by inspection reports and there are no published plans to indicate Home Office oversight will be better this time. It showed a marked unwillingness to rectify or address inspectorate findings, either by ignoring them completely (lack of oversight, and illegal employment) in their response to the inspection, or by making excuses for their failure to take appropriate action (unsuitability of location and premises and fire and covid safety).

The lack of consultation about the suitability of the site at Linton and the capacity of the local services and infrastructure has been a feature of the development to date. The Home Office announced the opening of the camp on 14 April without any prior consultation. At a meeting on 21 April organised by the parish council, Paul Riley, Home Office director of immigration detention and escorting services, apologised for the failure to consult but has made no effort to communicate effectively since then. Less than a week ago, on 12 May the Home Office told the district council that residents would arrive in 4–6 weeks. Yesterday, it announced, that they would arrive from 31 May. No management plans or facilities are in place.

Repeating previous failings so soon after inspectorate censure would indicate that secrecy and disregard for the wellbeing of residents or asylum applicants is a permanent feature of Home Office’s policy rather than a mistake.