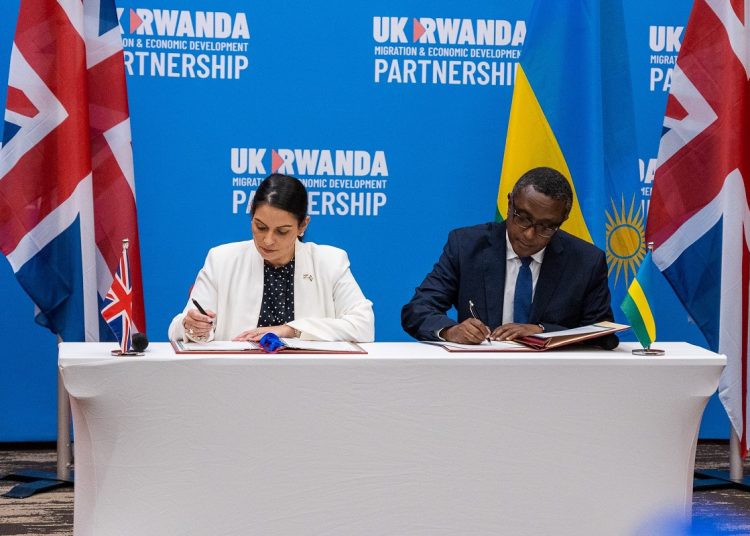 Home Secretary Priti Patel and Minister Biruta sign the migration and economic development partnership between the UK and Rwanda. Image by UK Home Office is licensed under the Creative Commons Attribution 2.0 Generic license.

There are increasingly concerning media reports of child refugees disappearing from Home Office hotels in fear that they will be forcibly sent to Rwanda. From my own experience and training, I have some understanding of the difficulties these refugees face.

Rwanda is well known for its human rights violations. According to Human Rights Watch, arbitrary detention, ill-treatment, and torture in official and unofficial detention facilities continues. Fair trial standards have been routinely flouted in many sensitive political cases, in which security-related charges are often used to prosecute prominent government critics.

It is also extremely concerning that there is widespread evidence of ill-treatment and abuse towards the LGBTQ+ community in Rwanda. For instance, Human Rights Watch reported last year that:

“Rwandan authorities rounded up and arbitrarily detained over a dozen gay and transgender people, sex workers, street children, and others in the months before a planned June 2021 high-profile international conference.”

The UK isn’t the first country to explore using Rwanda to host refugees, with Israel and the Democratic Republic of the Congo having sent refugees and asylum seekers there in recent years. However, reports of mistreatment and questions over Rwanda’s suitability or even willingness to host refugees are fuelling fears that those sent there will either end up on the streets or will try to get to Europe using people-smuggling routes.

Those child asylum seekers have experienced many upheavals before arriving in the UK; they have sought asylum in this country but are now faced with hostility. Sadly, their response to this hostility may lead to them being kidnapped by traffickers, exposed to criminals including sex offenders, or harming themselves. Are the Home Office’s safeguarding procedures robust enough to protect them against these threats?

Originally, I come from Bangladesh. I went through the asylum system, was granted refugee status, and am now a British citizen. I have done a master’s degree in refugee care and have worked with refugees and asylum seekers for a renowned international organisation. I have personal experience and professional knowledge and training in this area, so I understand the difficulties these asylum seekers face. 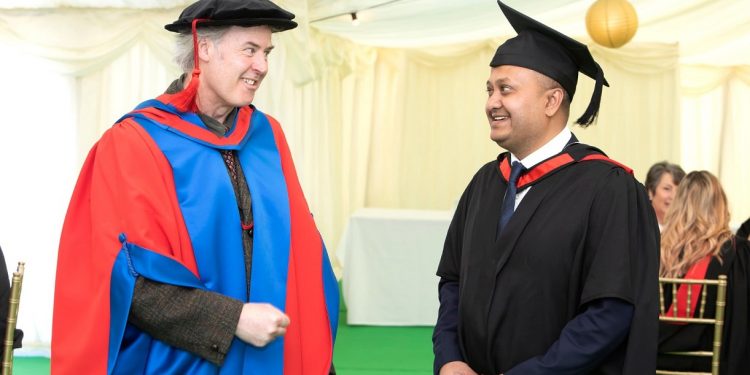 I fled Bangladesh to escape persecution because of my journalism and human rights work. I was nominated by the Rory Peck Trust, the committee to protect journalists, the PEN International, and other human rights organisations, for a protective fellowship at the centre for applied human rights at the University of York. I joined the visiting fellowship in 2012, which was a life-changing opportunity. It provided me with a chance to rest and recuperate, which was badly needed, and a chance to heal from trauma; on top of that, it allowed me to learn from world-leading experts in human rights.

I later studied for a degree in counselling, coaching and mentoring at York St John University. The support I received from my lecturers allowed me to learn, flourish and dream big. The course also provided an opportunity to work with vulnerable people who were grieving or facing other complex life problems. After I graduated, I crowdfunded to pay for my masters in refugee care, and many generous, compassionate people helped me. I’m now halfway through my PhD at the University of Essex.

I’m a disabled student and have various health problems; the support of the people I’ve met has enabled me to come so far. I couldn’t have done any of this without the help of York City of Sanctuary and Refugee Action York. As both a city of sanctuary and a UN human rights city, York sets a brilliant example of compassion and continues to provide hope to people from all over the world, most recently those fleeing war and unrest in Ukraine, Afghanistan and Syria.

My experience shows what a difference can be made when asylum seekers are provided with opportunities and treated with kindness, something which seems completely absent from the government’s Rwandan plan.

In 2020, the Equality and Human Right Commission reviewed the Home Office’s hostile environment policy and found that it infringed equalities legislation, specifically the Equalities Act 2010. The then home secretary Theresa May implemented the policy as part of an attempt to reduce net migration; her successor Priti Patel has continued this approach, most notably in the recent anti-refugee Nationality and Borders Act.

The actions of this government suggest it is adamantly opposed to human rights and the relevant international human rights conventions and treaties to which it is a signatory. The plan to deport vulnerable asylum seekers to Rwanda is a flagrant violation of their human rights and is already the subject of legal challenge.

A study by the Institute of Public Policy Research in 2020 concluded:

“It is clear that despite the wide-ranging impacts of the hostile environment on individuals and communities, there is no evidence to suggest that it meets its primary objective to increase voluntary returns. The available evidence suggests that the hostile environment forces people into poverty and destitution, denying them rights to essential goods and services, but it does not necessarily encourage them to leave the UK in greater numbers.”

The Home Office continues to demonstrate a lack of awareness and regard for racial issues, as well as the country’s colonial history and institutional racism. If you look closely, many of the individuals seeking refuge in the UK hail from former British colonies or are victims of wars in which the UK was engaged.

It’s time for the government to conduct a review of its hostile environment policies to ensure that they are in compliance with equal opportunity laws, particularly in relation to race.

William is a British Bangladeshi freelance journalist and human rights activist based in York, North Yorkshire. He has previously worked for an international human rights organisation, a news agency, and published in different online and printed media. He has a particular interest in researching racism and forced migration.