Daphne's mum married a man 24 years her junior, despite having advanced dementia. The man inherited everything when she died. 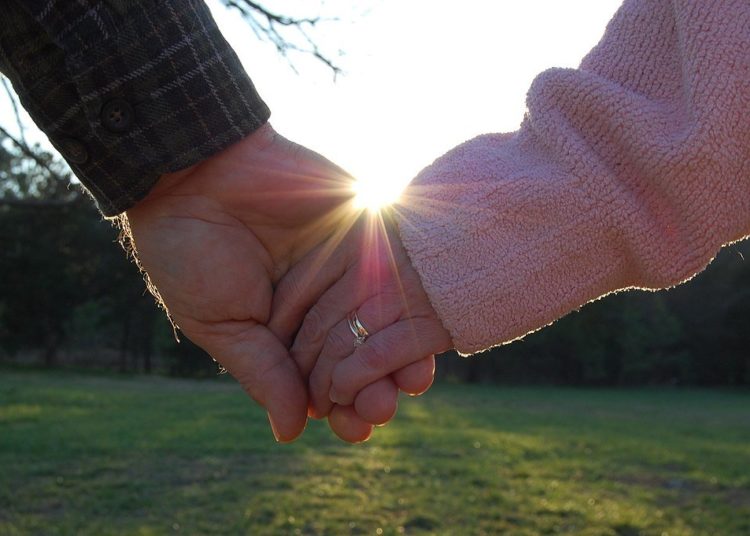 Three days after my mother’s death in March 2016, the phone rang. It was her GP. He sounded worried.

“Daphne, did you know your mother was married? Because your mother’s man-friend’s here with a marriage certificate. It says they were married five months ago.”

The shock hit me like a punch in the stomach.

During the coronavirus pandemic, when no weddings are taking place, I feel so sorry for the genuine couples who are not able to marry. And yet I am relieved that the steadily growing phenomenon of predatory marriage is not happening either.

The term ‘predatory marriage’ is Canadian in origin. It is usually defined as when a younger person moves into a caring role with an older person who lacks mental capacity to understand, and subsequently marries them. Because a marriage revokes a will, the predator then inherits the first £270,000 of the estate – which in my mother’s case, was all of it.

My mother was 91 at the time of her death. She had terminal cancer and a five-year history of worsening vascular dementia, diagnosed in 2011. This showed throughout her medical records. Also in her medical records were a number of letters from me to her GP, stating how worried the family was about this much-younger man who had suddenly moved in with my widowed mother a month after meeting her by her garden gate.

The man was 24 years her junior. He was incredibly secretive and deflected even the simplest question. We knew very little about him. Initially he was overly friendly, but then became extremely hostile to the whole family and particularly to me, telling relatives that I didn’t care about my mother. This was strange, as our family lived next door to Mum and we had been particularly close our whole lives.

One day as we left the house after visiting, we heard Mum say to the man, “Did I say what you wanted me to say?” At this point we went to the police, but they were unable to help as there was no evidence of criminality. We had a long conversation with social services, who visited and said that my mother was clean and well fed. Eventually we went to a solicitor and asked if Mum would be able to change her will, made in 2004, in favour of this man. We were told that she would not, because she lacked mental capacity. The solicitor also reassured us that Mum couldn’t marry the man, for the same reason.

What that solicitor didn’t know was that there is so little safeguarding around marriages. I had power of attorney for Mum, but there is no requirement to check for it at marriage. In fact, medical history isn’t checked at all. One of the registrars freely admitted that my mother had been unable to remember her date of birth or address on the day of the wedding, but the man who married her had said she was a bit forgetful, so they went ahead anyway. The witnesses at the wedding were the man’s son and a lady from the pub.

Registrars have no training at all in assessing dementia. There are no standard safeguarding questions they should ask. And there are no consequences to the register office if they fail to stop a wedding.

In this country, rather than predatory marriage, marriage with dementia or other lack of mental capacity comes under the criminal offence of forced marriage. The relevant phrase from the government guidance on forced marriage is: marrying someone who lacks the mental capacity to consent to the marriage (whether they’re pressured to or not).

Forced marriage is punishable by up to seven years in prison.

The police spent a year building a case for forced marriage against the man who married my mother. They put it to the Crown Prosecution Service, where it failed for lack of evidence, simply because no evidence is actually kept at a marriage – once you have that certificate, it trumps everything. My mother’s history of dementia – and the registrar’s evidence that Mum could not remember her address or date of birth – was insufficient evidence. The man who married her argued that she didn’t have dementia: “What do doctors know, anyway?”

There has never been a prosecution for forced marriage with dementia, and until the procedures change, there won’t be. At present, marrying old people is a good career option for unscrupulous men and women, and my mum’s case is far from isolated. I have spoken to a number of other heartbroken sons and daughters; devastated both emotionally and financially.

Solicitors are beginning to write about predatory marriage more often and our case has had a good deal of publicity. Our MP Fabian Hamilton (Leeds North East) raised the issue in parliament in a private member’s bill in November 2018. It was passed unanimously for a second reading, but then ran out of parliamentary time last year. This bill needs to be brought back to parliament. If a marriage no longer revoked a will, it would remove much of the incentive for predatory marriage.

The man who married my mother had full control of her funeral: she is buried in an unmarked grave. We cannot even put up a headstone, as he owns the plot.

Soon afterwards, he started bringing another elderly lady back to what had been my mother’s house. In 2018 he married her.

More information about the predatory marriage campaign is available here.