Yesterday, the government announced another 24,962 confirmed cases of Covid-19 and a further 168 deaths within 28 days of a positive test. 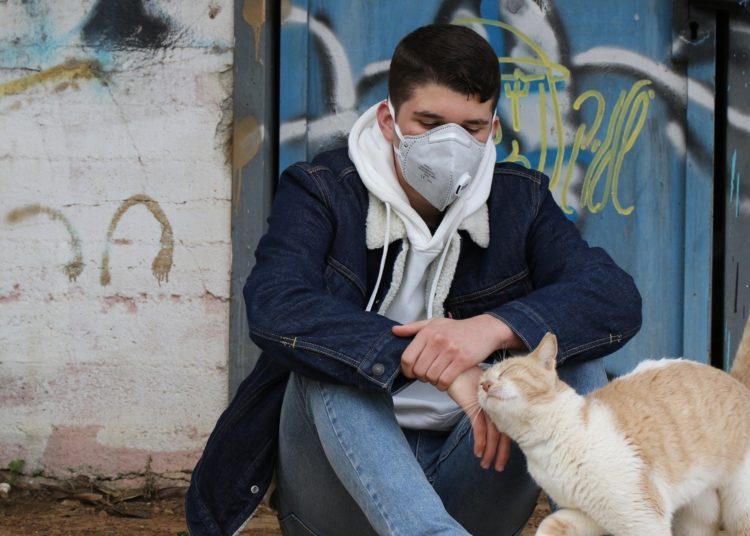 We are in the grip of the second wave of the pandemic. Yesterday, the government announced another 24,962 confirmed cases of Covid-19 and a further 168 deaths within 28 days of a positive test. Average daily deaths in the last seven days are now 413 per day, with a total of 51,934 deaths since the pandemic began.

In the first wave, we recorded Europe’s highest excess death levels and we are now the first country in Europe to pass the 50,000 milestone. Worldwide, only the USA, Brazil, Mexico and India have recorded more deaths, according to John Hopkins University (reported by the BBC).

If you look at death rates – that is deaths per 100,000 people – it is not quite so straightforward, with Belgium, Andorra, Spain recording higher death rates and San Marino the highest death rate in the world. In terms of continents, the steepest rise in new cases and hospital admissions is Europe and North America.

This disease really does move in strange and mysterious ways. Writer Edwin Hayward took to Twitter recently, to show how the UK has fared against other advanced island countries since the pandemic began:

All constituent parts of the UK, including Scotland with its much lower population density at 65 per sq km, have considerably higher deaths per million than other island countries. So, if population density has little influence on the spread of the disease, what other factors are there?

Take a comparison between Japan and the UK. Population densities are not too dissimilar (Japan’s is slightly higher), but Japan has twice the population size. However, their total death toll from Covid-19 is just 1,867, whilst in the UK we recorded 1,379 deaths in just one week.

Japan closed its borders to all international visitors very early on in the pandemic, while in the UK, there were very few restrictions placed on international travel until recently. The Japanese government ordered a state of emergency in early April, but the stay-at-home request was voluntary. Interestingly, wearing a face mask is something that is culturally much more acceptable there.

According to Tokyo University professor Tatsuhiko Kodama, reported by the BBC, it is possible that a Sars-like virus has circulated in the region before, leading to a level of immunity, which may account for the low death rate in Japan and in surrounding countries. Japan also has the lowest rates of coronary heart disease and obesity in the developed world. Given that these two medical conditions greatly affect the chances of survival, then this too will affect overall mortality rates.

No one really has a definitive answer for why there is such a difference in outcomes. One of the most disturbing elements of this disease is just how discriminatory it really is. Nowhere is this more evident than in the UK, and once again, this is where our rankings on the European stage is nothing short of dismal.

According to the World Bank, quoted in the Guardian, the UK ranks among the most unequal nations in Europe, with the USA being the most divided wealthy nation in the world. As we have seen, the virus is finding its way round those poorer communities with some success.

The Independent Sage group (working together to provide independent scientific advice to the UK government and public on Covid-19) has been looking at these factors for some time. Last week they published a report on ‘Covid and Health Inequalities’ and it makes for uncomfortable reading.

The most deprived neighbourhoods in England have a Covid-19 mortality rate more than twice that of the most affluent. Likewise, people in the lowest-paid occupations are twice as likely as those in higher occupational groups (such as professionals and business leaders) to die from Covid-19.

Far from levelling up, as a country we are seeing disparities grow, something that was addressed in the Marmot Review in February this year. This report showed a gap of almost 19 years in healthy life expectancy between the most and least deprived areas in England.

If you go into a pandemic with this level of disparity, it should be no surprise that a virus as pernicious as coronavirus will find its way into the communities who are least able to fight it. A report out today from the Resolution Foundation estimates that low-income households are more than twice as likely to have seen their budgets deteriorate during the pandemic, with 32 percent seeing their income fall relative to spending, compared with just 13 percent seeing it rise.

The report ‘Caught in a Covid Trap’ states, “Around three-in-ten adults who have seen their income fall throughout the crisis are now experiencing material deprivation in some form – where they are unable to afford basic household costs such as heating, saving £10 a month, fresh fruit and vegetables, or being able to replace a fridge or washing machine”.

This then is the real tragedy and where the comparisons hit home the hardest. The fact is, if you are unemployed or relying on benefits or have a precarious employment (zero-hours contract for example) you already come to this Covid table at a disadvantage. In the short to medium term, unemployment is going to get worse, not better, so it is hard to plot a route out of this. This is the same for those working in the hard-hit sectors such as retail, tourism, entertainment and hospitality.

According to the Independent Sage report, analysis by the Northern Health Sciences Alliance found that by April 2020, northern cities such as Manchester, Liverpool, Newcastle and Durham all experienced above average increases in the rate of people claiming unemployment benefits. And this is exactly where we have seen the virus embed itself and refuse to budge.

We are a long way off understanding this disease, never mind controlling it. But the evidence that it has spread more uncontrollably in those two countries with the greatest disparities in the western world (the UK and the USA) is compelling. As scientists get closer to developing a vaccine for Covid-19 there is cause for optimism, but here in the UK, we are still many years off closing the poverty gap.