In the middle of this terrible coronavirus pandemic, spare a thought if you can for embattled Health Secretary Matt Hancock, coming in for criticism because of our limited testing facilities. 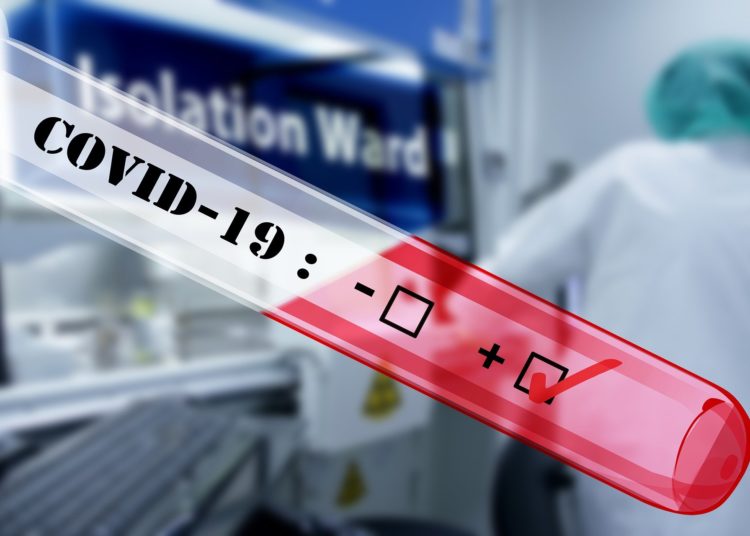 In the middle of this terrible coronavirus pandemic, spare a thought if you can for embattled Health Secretary Matt Hancock, coming in for criticism because of our limited testing facilities. He and Dominic Cummings are blamed, but on this issue, if not on many others, they are almost certainly innocent.

Hancock was only carrying out plans developed and refined over many years by previous health secretaries including Jeremy Hunt and Andrew Lansley. Mass testing of the population was never foreseen by the experts and was never part of the planning guidance to handle a pandemic. So it’s not surprising that Hancock had to admit we were “unprepared” during his press conference on 2 April as he announced yet another hopelessly unrealistic ‘ramping up’ of testing capability, this time to 100,000 per day by the end of the month.

But it may have little impact on halting the spread of the disease anyway.

A number of government papers set out clearly how the UK would respond in the event of an influenza pandemic, beginning with a preparedness strategy published in 2011.

However, the clearest indication that the government was following established protocols in the early stages of the outbreak is in a document from November 2018 titled: SPI-M Modeling Summary prepared by the Scientific Pandemic Influenza Group which advises the Scientific Advisory Group for Emergencies known as SAGE, a sage being someone regarded as very wise (get it?).

The modeling summary contains extensive academic references, many to Professor Neil Ferguson of Imperial College’s Faculty of Medicine, School of Public Health described by the FT as, “an influential epidemiologist whose work has been credited with helping to upend coronavirus response strategies on each side of the Atlantic”.

One of the strategies he upended appears to be his own.

Bear in mind, scientists who were responsible for developing the UK’s response had only limited experience of pandemics to draw on: 1918, 1957 and 1968–70. They also knew little about the next pandemic, except that it would be unique.

Essentially, the plan was to use community testing only as a means of acquiring the first basic data using virological confirmation, the testing of swab samples, to accurately determine “disease parameters” and no more. The 2018 modeling says (my emphasis):

“Contact tracing (including serological and virological testing of contacts) of the first few hundreds of cases in the UK, community surveys and individual outbreak analysis will be essential for the accurate determination of disease parameters, most importantly generation time and the proportion of cases showing clinical symptoms.”

In other words, only the first few cases were to be systematically tested and this is why the government stopped community testing on 12 March, presumably when sufficient data had been gathered.

Experts believed the best way of avoiding a pandemic was to contain it in the source country, China in the case of COVID-19. If that failed (once it was widespread), they thought attempting to contain it stood little chance of success. One planning aim (again my emphasis) was to:

“Encourage construction of realistic and detailed local plans for containment in the source country. (This is different to attempting to contain the virus once it is widespread which has little chance of success, see section 3.3).”

“Because of the probable multiple importations of pandemic flu, and the concentration of the population in cities, attempts at containment (similar to those explained in section 3.1b above) by antiviral prophylaxis and practical social distance measures are almost certain to fail (Ferguson et al. 2006, Nguyen-VanTam et al. 2004).”

In other words, the strategy of social distancing now being pursued was thought “almost certain to fail” and was never seriously contemplated.

There was a clear acceptance that once the virus had spread there was very little the authorities could or would do. They expected “background immunity” to build up in the population while a vaccine was being developed. What seems to have changed our approach was COVID-19’s sheer infectiousness and the high case fatality ratio, plus other countries adopting far more draconian lockdown measures with people advised or ordered to stay at home in what amounted to a shutting down of national economies.

Until Boris Johnson’s shock stay-at-home announcement on 23 March, when policy did a screeching U-turn, the British government had not considered serious social distancing measures as a way of suppressing a flu-like pandemic.

The reason for the abrupt switch was Ferguson’s work at Imperial and his announcement of 17 March (my emphasis):

“We use the latest estimates of severity to show that policy strategies which aim to mitigate the epidemic might halve deaths and reduce peak healthcare demand by two-thirds, but that this will not be enough to prevent health systems being overwhelmed. More intensive, and socially disruptive interventions will therefore be required to suppress transmission to low levels. It is likely such measures – most notably, large scale social distancing – will need to be in place for many months, perhaps until a vaccine becomes available.”

This is the social distancing that was “almost certain to fail” eighteen months before in November 2018.

China had achieved success (if indeed it was successful – there is a lot of scepticism about their mortality numbers), by taking steps that only a police state could imagine. The New York Times explains that on February 6th Chinese authorities “resorted to increasingly extreme measures in Wuhan on Thursday to try to halt the spread of the deadly coronavirus, ordering house-to-house searches [and temperature checks], rounding up the sick and warehousing them in enormous quarantine centers.”

It worked in China but whether it will work as well in Europe or the USA remains to be seen.

There is also the problem of what happens when restrictions are lifted. The pandemic is likely to return and the paper anticipates exactly that in section 4: Potential subsequent waves. We are almost certain to see at least one and perhaps more waves that will require new lockdown measures until a vaccine is developed. The model assumes this would take 4–6 months and another 8–12 months to produce a “large amount” of vaccine.

I think the government has been forced to switch to mass testing and suppression simply because that’s what other countries are doing. But Ireland has a comprehensive tracing operation, as does Germany and South Korea, to work in conjunction with an increased testing regime. Unless you’re prepared to trace every contact as the WHO have always recommended, additional testing may not help.

An interesting footnote is that professor Ferguson tested positive for coronavirus on 19 March. Social distancing clearly didn’t work for him.