As the government considers changing the guidelines (at the same time as sidelining scientists), we look at why. 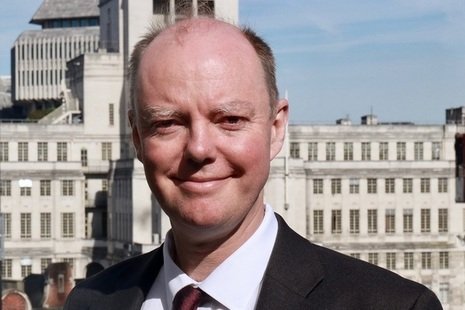 Have you seen this man? Last seen in Central London, many are now concerned as to his whereabouts? Photo credit gov.uk

As the government considers changing the guidelines (at the same time as sidelining scientists), we look at why.

Two metres or one metre? This appears to be the great Covid-19 debate in the UK right now. Many who envy the lower death tolls and mortality rates of neighbours like Germany and Denmark might be tempted to think that, if our politicians have got it so wrong so far, then maybe they’re wrong about this one as well. Denmark only insists on one metre. One metre would allow pubs and restaurants to open. Why, we ask, is our government insisting on two metres?

This is the problem when public trust has been eroded. Slow into lockdown, care homes exposed, confusing messages and then there’s the behaviour of officials of state. Let’s not go there. Let’s go instead to scientists and their work.

Put simply, the two metre vs one metre rules are a workable way of applying the findings of studies undertaken during previous Sars outbreaks on the distances respiratory and speech droplets travel. This is as distinct from droplets in coughs and sneezes that unsurprisingly travel further. During Sars, respiratory droplets were measured down a hospital bed in 5cm distances. Two metres was where the respiratory droplets stopped.

The reason that the World Health Organization is specifying one metre is that that is how far TB respiratory droplets can spread. However, as Covid-19 is part of the same family as Sars, the UK has been sticking to the two metres. There is some debate about some of the smaller particles possibly travelling further, but, thus far, no clear consensus has emerged.

Dr. Paul Pottinger, an infectious disease professor at the University of Washington School of Medicine, said questions remain, but told US Today in April:

“For me, the question is not how far the germs can travel, but how far can they travel before they’re no longer a threat. The smaller the germ particles, the lower the risk that they might infect somebody who would breathe them in or get them stuck in their nose or their mouth.

If this really traveled very efficiently by air, we wouldn’t be having this conversation. Everybody would know it’s true because everybody would be infected. If it was a 27-foot radius that was a high risk to somebody, this would be a totally different conversation. It’s not.”

This begs the question as to why the government hasn’t made this clear. One can only assume that somewhere in the political decision-making process there were considerations that, in order to allow flexibility to mitigate the economic damage of the Covid-19 crisis, politicians were looking for “wriggle-room” on social distancing.

Of course, the possibility exists that the cabinet, from the prime minister down, is full of dim-witted Brexiters who struggle to follow an episode of Mr Tumble, let alone the nuances of scientific arguments.

Another problem is that of linguistics: “the Science” referred to early on by the UK government, implies that there is a solid body of indisputable fact. The reality is that, in any area, there will be many studies, not all of which come to the same conclusions. In academia, this is where peer review comes in: other experts in the field contribute to a debate about the results, with the aim of furthering general understanding. Those in a field of research, steeped in such knowledge-based debate, develop insight based on the weight of findings in a cumulative process of knowledge acquisition.

Or, to put it more simply: expertise.

The problem for the Google generation is that, given a hitherto inconceivable level of access to knowledge, genuine expertise has become devalued. A good example of this came during last year’s tussle over the proroguing of parliament. One caller to BBC 5 Live insisted that Lady Hale “knows no more about the law than I do.” This tendency towards lay-expertise (some might call it ignorance), was not helped by Michael Gove’s “people have had enough of experts” argument during the 2016 referendum.

For genuine experts, if they admit there is debate over the findings of studies, many will dismiss it as merely a matter of opinion and give equal weight to an unknown blogger.

So what do we do in the meantime? One solution is to choose your friends carefully. Online friends that is. Most directors of public health, (Greg Fell for Sheffield is a prominent and well-regarded example), tweet daily in an informed way from reliable and peer-reviewed sources. They also engage meaningfully and professionally with their followers. Some of it may be difficult to understand for the general public, but, crucially, their sources are acknowledged experts.

We will leave the last word to Kevin Smith of Public Health England in a tweet from 14 June:

“Most importantly the Covid secure guidance for any business focuses on social distancing, hand washing and regular cleaning. These are the best weapons against catching Covid-19.”

Simple, well-founded advice, and not a “Happy Birthday” in sight.