Charlie McCarthy talks to a few people who say they would decline the covid vaccine, and explores their reasons, looking at how the government will need to address the anti-vaxxer propaganda for the sake of the country. 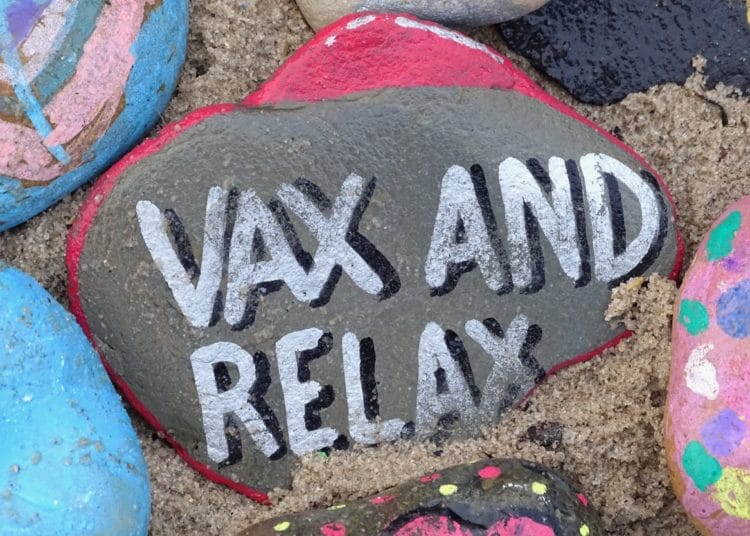 Photo by Belinda Fewings on Unsplash

Last week, The Economist published a comprehensive account of how the UK was doing with regards to vaccinating its population. On 27 January, the i newpaper reported 6.9 million people in the UK had received their first of a two dose vaccine against Covid-19. This places Britain fourth in the world for the percentage of the population ‘vaccinated’. This is against a background of a particularly high death rate in the UK, (100,162 deaths makes the UK the first European nation to break the 100,000 figure). The UK has the fifth highest number of deaths globally after the US, Brazil, India and Mexico.

A subdued Boris Johnson told the nation, “I take full responsibility for everything that the nation has done.”

The prime minister wants the UK to be known for its scientific research. The Oxford/AstraZeneca vaccine is seen by some as ‘manna from heaven’. However, not everyone is happy to be vaccinated. In an Ipsos Mori poll (January 2021) on attitudes to the Covid-19 vaccine, 7 percent strongly disagreed with the statement: “If a vaccine for Covid-19 were available, I would get it.”

This raises the important question – why not?

The answers to this are crucial if we are to drive down the occurrence of covid to as low a level in our community as possible. I spoke to several people in Yorkshire and asked the same question, to explore the reasons for declining the vaccine with those who indicated they wouldn’t have it. The respondents are real people and the debate is an important one. The consequences of there being a pool of people who refuse to be vaccinated will potentially affect us all.

The case for mass vaccination is clearly made on the NHS website.

“Vaccination is the most important thing we can do to protect ourselves and our children against ill health. They prevent up to 3 million deaths worldwide every year. Diseases like measles and diphtheria have been reduced by up to 99.9 percent since their vaccines were introduced.

“However, if people stop having vaccines, it’s possible for infectious diseases to quickly spread again.”

It is estimated that 20 percent (1 in 5) Covid cases are asymptomatic, that is, people display no symptoms of the disease but are infectious and can spread it throughout their communities.

In the UK, people are invited to have vaccinations, they are not compulsory. The government has said that no one will be forced to have a Covid-19 vaccine, including front line workers who do not want to have it.

One such worker emphasised his own efforts to stay healthy through diet and exercise. He said, “I can tell you why I don’t want it … Not because I don’t believe the virus or any other conspiracy … Simply because I am not a big supporter of vaccines. As I am a keyworker in two different jobs totalling around fifty hours a week, I’ve worked through three lockdowns and I haven’t had the virus (or I just didn’t get sick from it). If I managed to stay healthy for almost a year by now, I honestly don’t think I need this jab.”

There are a number of common myths around vaccination programmes, including the idea that they cause autism; that natural immunity is better than vaccine-acquired immunity; and that vaccines contain unsafe toxins. These arguments against vaccination have been consistently discredited by mainstream medical and scientific opinion. Nick Cohen wrote an excellent article about this in the Guardian on Saturday, looking at the spread of fear and how the anti-vax movement is yet another example of the privileged targeting the most vulnerable. He argues that free speech should not apply to anti-vaxxers, and the law should prevent them spreading their propaganda, as they “are inciting physical harm”. In fact, public health researchers now link falling immunisation rates with the resurgence of vaccine preventable diseases.

Another male respondent said, “The Pfizer vaccine scares me. What they do in your body, it’s like, we are a computer and they give you a new update. I really, really don’t like it. I would decline the vaccine. I’m not afraid of the virus, I’m afraid of not being able to travel.”

The logic to this response is difficult to follow. It is the virus that restricts travel, not the vaccine. The UK government is introducing strict travel restrictions for some people from some countries and routes entering the UK and demands reasons for people attempting to travel out of the UK. This is a government attempt to limit the spread of new variants of the virus. However, it has been heavily criticised as still not being good enough to slow the spread of the virus.

A female respondent said, “I have been following this whole escapade right from the start and yes there are some very worrying issues around the vaccine. I have written to my MP and received a patronising generic reply. As you may know, any mention of vaccine in a negative way gets taken off Google, YouTube etc, so it’s probably better to approach the subject as ‘having concerns’ rather than as an anti-vaxxer.”

England’s deputy chief medical officer Jonathan Van Tam said in a press conference with the prime minister, “You have to take the vaccine when it is offered to you. Low uptake will almost certainly mean restrictions will last longer.”

Some people worry about the origin of the vaccines, as one female respondent made clear, “I thought there was a British one and a foreign one. Apparently there isn’t, they’re all foreign ones. I haven’t even bothered having a flu jab. I have no health problems, I don’t take tablets of any sort. They may be putting something in, are you with me?”

People who decline the offer of a vaccine are a serious issue, and more needs to be done to counter the anti-vaxxer propaganda that leads to these myths and “concerns”. The government’s problem is that it has to minimise the pool of non-vaccinated people in all communities to implement its public health strategy against Covid-19. When everyone who wants a jab has had one, the focus should then shift to tracing those who have declined and try to persuade them to change their minds.

But having a vaccine is not the end of the story. We will only succeed when we adopt the full covid-secure strategy as recommended by the all-party parliamentary group on coronavirus – including a locally led find, test, trace, isolate and support system, proper control of our borders and much clearer public messaging.

Will the next Grenfell happen in Yorkshire?