John Cole writes about the lack of social care reform in the UK, and the government's historic failure to act. There is seemingly a lack of care and interest in the topic, hence why the Conservatives fail to mention it during elections, and in their policies. 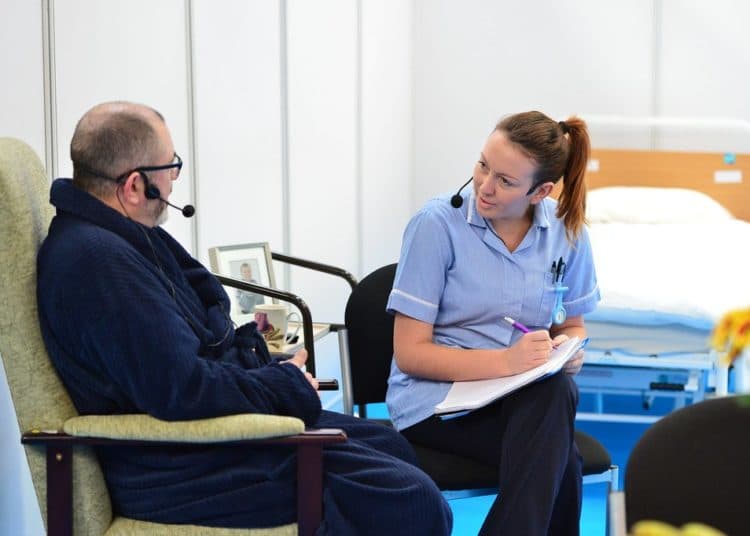 After Boris Johnson’s 2019 election victory, standing on the steps of Downing Street, he promised to, “Fix the crisis in social care once and for all with a clear plan we have prepared”. In reality, Johnson is happier driving a JCB though a simulated wall of cardboard cartons. He has bags of what the Italians call ‘braggadocio’ – meaning ‘boastful or arrogant behaviour’.

Polly Toynbee, Guardian journalist, is a shrewd observer of the British political scene, but it was scarcely taxing her acumen to predict in the days before this year’s budget that there would be nothing in it for solving the crisis in funding social care. Toynbee pointed out that “care is invisible to most voters”, describing the social care system with local councils as a “postcode lottery”.

And so it came to pass. The budget contained just the nine words: “Proposals on social care reform will be brought forward.”

As John Bercow, former speaker of the Commons, caustically commented:

“The plan has not manifested itself. It has fast become the political equivalent of Billy Bunter’s postal order from Aunt Angela.”

In a previous Yorkshire Bylines article I outlined the complexities of reforming the funding of social care, taking into account demographic, financial, and personal challenges to those in need. I highlighted that Rishi Sunak excused the lack of progress on social care by suggesting the government was looking for a “cross-party solution”, and yet the Labour social care minister reported that there has been neither a request for this solution, nor any discussions.

Similarly, James Ball from The New European, points out that since 1996, UK governments have commissioned seven policy papers, five consultations and four independent policy reviews, all of which have amounted to nothing.

The closest any government came to making progress was the legislation passed by the coalition following the 2011 Dilnot review, which proposed the following:

However, since the billions required to fund the changes were too much for Osborne’s austerity, the law, although passed, was never enacted. In soccer parlance, ‘the government bottled it’.

Ball points out that the proposal that Theresa May put into the Conservative manifesto for the 2017 election would have entailed selling the house after the death of the person needing care. This was immediately dubbed ‘the granny tax’ and was believed to be a major factor in the Conservatives losing their majority in that election.

Johnson will have absorbed that lesson from May’s drubbing. No solution for solving the funding crisis is without its downside. No solution looks compelling when research by the polling firm Ipsos Mori shows that care remains low in public concerns. If Johnson’s overriding priority is to remain in power, which it seemingly is, it comes as no surprise that he won’t touch financing social care with a bargepole.

Historic failure to solve the issues within social care

What sort of prime minister, then, might be able to pull off the feat of putting social care on a sound financial footing for a generation? Ideally, it would be a person of courage, persistence and of decent values. They would have the capacity to deal in details and also have the personal credibility and trustworthiness to get an all-party solution to this issue.

And there, in two sentences, I have described the antithesis of the prime minister.

Our historic failure to solve the issue of funding social care is an indictment both of UK political institutions and the MPs who inhabit them.

Ball manages to dismiss two myths that tend to surround discussion of this topic.

First, the myth that British families neglect older people in comparison with other cultures. Research evidence shows that “British families provide about the same amount of informal care to their loved ones as our international counterparts”.

Secondly, the myth that the UK governmental spend on social care is low by international standards. International social care comparisons rely on demographics being similar, if not the same, across countries. The UK spends 2 percent of its gross domestic product (GDP) on social care, compared with an EU average of 1.75 percent. (Denmark at 4.5 percent, Sweden at 3.8 percent and the Netherlands at 3.75 percent are the high outliers).

Of particular interest is the German model that involves a small national insurance type tax levied on employee and employer. The tax has a premium charge for childless couples, which perhaps anticipates a lack of informal care from offspring. Ball suggests that this system “seems sustainable: it has run surpluses in multiple recent years”. (In this respect, Germany is something of an exception).

Overall, the best system appears to come from Scandinavian countries, notably Sweden. That said, systems vary and there does not seem to be just one model that would satisfy all circumstances. As Ball concludes, “Paying for social care is a problem facing almost every wealthy country and none of them seems to be rushing to fix it”.

So where does this leave us in the UK? Last year Age UK reported 2,000 frail, old people a day had been refused care when asking for help during the previous year. The problem persists and will only get worse as the UK demography changes and we remain stuck with a government whose gross incompetence is on view for all to see. Its inaction on the funding of social care simply adds to an already lengthy charge sheet.