The Bubonic Plague – lessons for the modern age

The plague spread quickly, initially through international trade routes and then within and between communities. People blamed others for the infection and spread of the disease, the Jews in the 14 century, and China today. 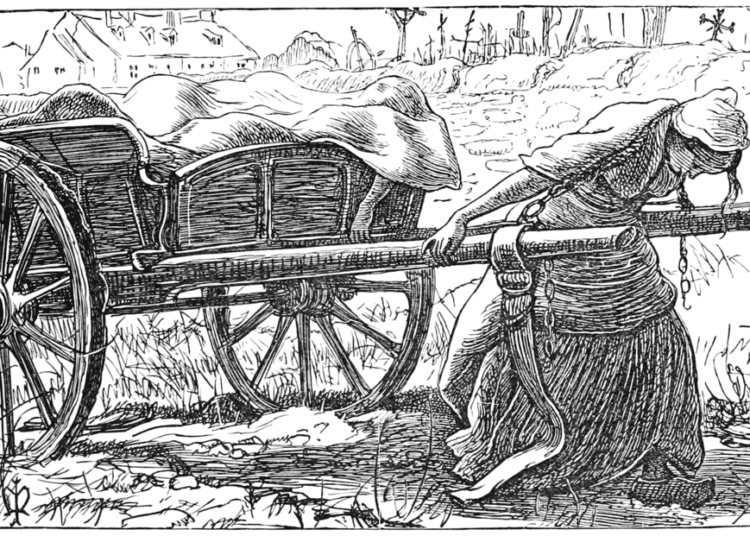 In 1347, the bubonic plague swept through Europe arriving on the UK’s shores in 1348; possibly caused by marmot fleas which transferred to rats as it moved from Central Asia to Crimea in about 1343. A secondary strain, pneumonic plague was transmitted from human to human through infected droplets, much like the COVID-19 virus today. While COVID-19 is different to the plague, and so too are the times in which it has taken hold, similarities exist.

The plague spread quickly, initially through international trade routes and then within and between communities. People blamed others for the infection and spread of the disease, the Jews in the 14 century, and China today. Then as now, the poorest were hit hardest, especially those living in overcrowded conditions and those who were vulnerable because of existing ill health or weakened by hunger or age. The rich used whatever means at their disposal to flee the cities and to create barriers between themselves and those who might be infected. In spite of these measures, the plague was relentlessly democratic; it spared no class and survival depended on all sections of society working together.

The plague was particularly virulent because the rising population had insufficient food following years of wet and poor harvests. Food shortages and almost continuous wars had depleted the population’s physical resources and immunity. Disease has an uncanny ability to seek out the weakest points to increase its potential for replication and survival. The plague found a ready and willing host in the European populace, while the spread of COVID-19 has been greatly aided by overcrowded cities and transport systems.

The plague had deep and wide-ranging social, political and economic implications. Of all the catastrophes to beset Europe over the centuries, it has, at least up until now, been the most transformative. Most estimates place the number of deaths somewhere between 30 and 50 per cent of the UK and European populations. Many of those who owned land died and their land and property passed to their next of kin; death sometimes sped through generations and sideways to distant strains of the family within hours, thus shifting some of the wealth around.

The rich and their families who survived found they had land but few tenants or serfs (primarily agricultural workers ‘owned’ by their lord) to farm it. Many landowners sold land and released serfs from the bonds, as well as protection, of serfdom. Freed or absconding serfs joined the bands of day, seasonal or yearly labour travelling the country to seek better-paid work. The plague accelerated the shift from arable to sheep farming which required less labour. In consequence, people migrated from the land to the towns as the woollen industry began to increase production and, once trade resumed, exports of woollen cloth became a major factor in the country’s economic recovery. Power and wealth began to shift from landowners to manufacturers and traders and serfdom ended except in a few isolated areas.

The clergy – who sermonised that the plague was retribution for an ungodly life, yet also succumbed to it or ran away to the country – forfeited the respect and confidence of the population. While the authority structures of the church and monasteries remained until the Reformation, the plague undermined both.

The impact of the plague was greatest on the poorest. Subsequent labour scarcity led to higher wages and even small tenant farmers left their land to seek paid employment elsewhere. If serf owners prohibited serfs from moving to another ‘master’ the serfs upped sticks and went anyway. ‘Liberated’ labourers also broke their seasonal or yearly contracts and changed masters if more money could be earned elsewhere. The Government attempted, through The Ordinance of Labourers in 1349 and the Statute of Labourers in 1351, to keep labour tied to a master, and wages to pre-plague levels. Not only did workers resist the conditions placed on them, but employers seeking labour ignored the law. There was, at least for a while, plenty of food to go round and the suspension of the Hundred Years War enabled many to enjoy a quality of life hitherto unknown although, clearly, tinged with loss and grief.

Virus modelling, epidemiology and advances and understanding of the importance of good hygiene have significantly reduced the risk that a third of the world’s population will die in a modern-day epidemic. Even developing countries or nations at war with poor communication and health systems are at significantly lower risk than previously as international aid organisations and the World Health Organisation can intervene. Yet the impact of COVID-19 is likely to be substantial. Just as in the mid 14th century, economic, social and political power and authority structures will be questioned and new structures and new ways of relating to old structures will emerge.

Already the economy is being reshaped. Many businesses will go under and some may never be resurrected but some have adapted to meet urgent needs and have changed their product lines. The virus may accelerate already emerging trends – such as 3D printing manufacture, online entertainment and education, working from home and changing work patterns to accommodate child care, and online or local shopping – all of which will have knock-on implications for transport, the environment and the, already beleaguered, high street.

It is inconceivable that a new social and political contract between the Government and those on whom it has relied to get us through this crisis will not emerge. The ‘experts’ on whom disaster planning relies, the poorly paid, often immigrant workforce supporting our health and social care systems, and the civil servants managing the country through this process deserve more than the opprobrium heaped on them during the Brexit campaigns. The, perhaps temporary, shift to valuing those in essential occupations and redefining what those essential occupations might be, may lead to a revived public sector especially in the areas of housing, health and education.

Just as the plague undermined the authority of the clergy and others who fled, COVID-19 might undermine the current deference to modern age celebrity ‘prophets’ or commentators, some of whom lack relevant expertise and have had little to contribute, practically or financially, but opine on how the virus should be handled.

The fitness of Boris Johnson to be Prime Minister may be evaluated by those who elected him. In December, some voted for him because he made them laugh. Voters seemed to care little whether his career had been based on lies or cheating; it was as though politics and leadership no longer mattered and were merely entertainment. Perhaps we may value integrity, careful thought and resilience in times of stress as attributes to be sought in our leaders in the future.

We have also seen how quickly the Government can choose to act in a crisis: housing homeless people; injecting resources into the National Health Service at unprecedented speed; and supporting the low paid or those in insecure employment. Our expectations of what the Government can achieve will be changed.

Already the coronavirus lockdown has undermined previous arguments that said the benefits to our health and the environment from reducing city pollution to boost our health and biodiversity were unaffordable or impractical. While it might be inevitable that some environmental improvements will be lost as the economy revs back into life, some changes may be permanent. Many of the greatest polluters such as airlines may no longer be operational and people may be reluctant to travel far in the coming years. More people will be able to work from home and our time in solitude may encourage people to explore further their own inner resources rather than to be constantly going elsewhere for distraction.

While plague deaths changed the shape of families and social relationships, COVID-19 is changing relationships in different ways. Long periods of time spent with family members, or no contact other than electronically, exposes family strengths and weaknesses. Reliance on neighbours and the wider community may change how we understand and value neighbourhood and community. At present we are focusing on how we navigate the coronavirus new world, but we need also to pay attention to how the benefits of the changes can be supported and sustained as life begins to return to some form of normality.

The Yorkshire economy after COVID-19 – what should it look like?

The Yorkshire economy after COVID-19 – what should it look like?