The low rate of home testing kits being returned, and their error rate, is going largely unreported. Why is this? 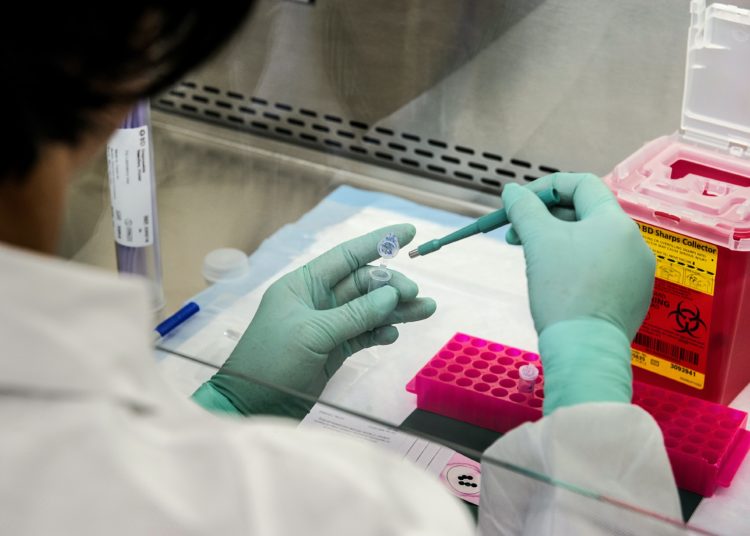 Photo by CDC on Unsplash

Discussion about the number of tests completed each day continues unabated. In the meantime, the low rate of home testing kits being returned – and their error rate, which may be as high as 30 per cent – goes largely unreported. Based on accounts of people self-testing, Helen Davidson examines why the failure rate might be so high.

On the 1 May, Matt Hancock, the health secretary, said that 122,347 tests had been completed on the preceding day and that the government performed well over target. It later transpired that 37,368 of these tests (not that far short of a third) were in the post and the government had no idea whether or not they were likely to be returned. A number of tests had been sent out without a return addresses and so were binned, while a few were withdrawn en route to the patient as the packaging was damaged.

Testing is available to all key workers and anyone over 65 who has Covid-19 symptoms, as well as members of their household. Most of those who are unwell in their own homes will either be testing themselves in a drive-through testing centre, or at home having registered for a test online.

But undertaking the test is a daunting experience. The guidance runs to 10 pages. There are nine items enclosed in the test package and two different sets of barcodes, which are essential not to muddle. While, on closer inspection, the instructions are not that complicated (and much of it is repetition), they may be just too much for someone who has a pounding headache, feels very poorly and has no energy. Testing can only be done between 9pm and 7am – try waking a sick child or a confused older person to do that – and many patients may just give up on opening the package.

In addition to the advice issued with the testing kit, further advice and guidance is sent via email. Most of this repeats what is in the pack instructions, but some of it is contradictory. One email erroneously says, “You must only register your kit just before you take the test”, whereas registration can be done any time prior to the test being taken and needs to be done sufficiently in advance to book the courier for the return journey. The accompanying video is different to the one stated and is yet another layer of repetitive instruction and advice.

Administering the test yourself requires serious mental effort, which is likely to be in very short supply. Essentially, the patient needs someone with a good command of English to absorb the instructions on their behalf, help them follow the procedures carefully and systematically, and also to do all the fiddly practical bits of preparing the swab, putting E (snapped first) into F with G and then into H followed by I with the correct label (C). There is potential for error every step of the way.

Even when every procedure has been carefully followed, there is no guarantee that the result will be accurate. ‘Fiona’, who lives an hour and a half from her nearest test centre, undertook a home test. She received a negative result by email two days later. Still unwell and with textbook symptoms of coronavirus, she consulted her GP.  His view was that she not only had had Covid-19 but still had it. On the basis that “a strong intuition is much more powerful than a weak test” he advised that she should not return to work and that strict isolation within the household should continue. A week later Fiona is still unwell and still in isolation within her home.

Worryingly, the advice that accompanied the test result was muddled, verging on negligent. The accompanying email emphatically stated: “You can stop isolating. Return to work if you haven’t had a fever for 48 hours and feel well”. Such confidence might be reassuring if it were not for the final sentence of the email, which read: “Care home staff/residents with persistent symptoms need an assessment by their healthcare provider, as a repeat test may be required.” In other words, we are confident you will not infect others … unless you work in a care home and then we are not so sure. In Fiona’s case, she was too ill to return to work, but others have not been and may have unwittingly transmitted the disease.

It is essential that the government moves ahead with testing. Not only is it the route out of lockdown but the data from testing is crucial to helping us learn about the disease and plan for any future re-contagion over the coming months. Home testing has an important contribution to make and unless or until mobile testing becomes widespread, it may be the only testing option for those living far away from test centres or who are too poorly to travel. For the time being however, home testing may an expensive liability.

Helen is a retired civil servant pissed off that she is spending more time trying to stem the tide of government corruption and malice than tending sheep and chickens, and walking the high fells.