NHS staff have been let down at every turn and now the NHS is at risk of privatisation from the health and care bill. 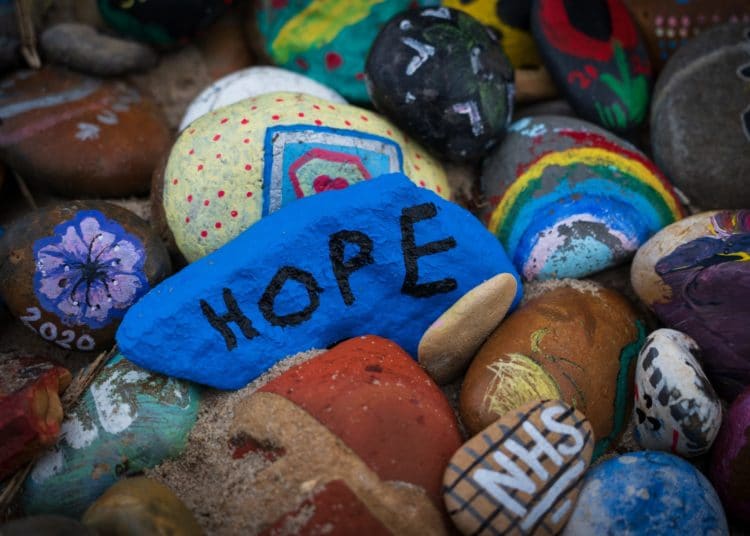 Pebbles, with the word "hope" on them, image by Nick Fewings for unsplash

The NHS built its first hospital in 1926, and by 1952 the majority of hospitals in the UK belonged to the NHS. In 1958, the polio vaccine was introduced by the NHS and in 1988 free mammograms were introduced for women over 50 in the UK.

A world leader in healthcare, by 2021 the NHS employed approximately 1.5 million staff, around 13 percent from overseas. Like most members of the science community, the NHS recognised that its purpose would benefit from the contribution of different cultures, religions and nationalities.

A beacon of light to those who needed it, the NHS has been tragically weakened by the many threats to its existence over the years and may now be in its painful final throes due to privatisation of health services.

A build-up of political and financial pressures

Although happy to pay lip service to “our NHS”, Conservative politicians have systematically undermined its life-support systems.

Recent years have seen closures of local services due to centralisation drives. In addition, under various Conservative governments, there has been an increase in the awarding of contracts to privatised services, many with links to the Conservative party and its MPs.

Covid-19 piled a whole new set of pressures on to an already struggling system.

Firstly, staff were let down and put at risk by ministers’ failure to supply the correct PPE in sufficiently adequate numbers and in an acceptable manner. According to the parliamentary public accounts committee, the government’s handling of PPE procurement was “open to accusations of poor value for money, conflicts of interest and preferential treatment of some suppliers”.

Repeated delays to lockdown ensured that the NHS was put under enormous strain, with higher than necessary numbers of people requiring hospital treatment and indeed dying of the disease. One result is the further pressure of excessively long waiting lists of people needing treatment for other conditions. Another is the demand on the service by the more than a million people suffering from long covid.

It turned out that the prime minister – a man who is reported to have said “let the bodies pile high” – was in fact committed to dates rather than data. In order to have his ‘freedom day’, he allowed the easing of restrictions to go ahead when cases were high and before what many regard as a sufficient number of people have been vaccinated, a move that was described as showing “moral emptiness and epidemiological stupidity” by the World Health Organization and as “dangerous and unethical” by covid experts. The decision to make masks optional has particularly angered many in the medical community.

It raises the spectre once again that the government is pursuing a herd immunity policy and leaves people with weakened immune systems with no choice other than to continue to shield, or, in Sajid Javid’s pejorative term, to “cower” from exposure.

The high number of cases has also meant that the aim of getting the economy moving has hit the brick wall of the ‘pingdemic’.

In January this year, nearly half of NHS critical care staff were reported to be suffering from PTSD, depression or anxiety. According to the NHS Confederation, unless frontline NHS staff are given time to recover from the pandemic experience, there is a real risk that thousands will leave the service.

Recently, NHS staff have had to tolerate a comparison being made between themselves and Nazi war criminals by struck-off nurse Kate Shemirani. While her anti-vaxx misinformation has been roundly condemned, her conspiracist remarks risk inciting acts of violence against medical staff amongst her thousands of followers.

The health and care bill 2021-22, which appeared on 6 July, risks sending the NHS to its final resting place within weeks.

According to the British Medical Journal (BMJ), the new structure being proposed is potentially “complex and vague”. The proposed changes that will strengthen the central control of the health secretary over the NHS “lack rationale and warrant scrutiny”.

The post-pandemic period, says the BMJ, is the wrong time to be embarking on a major reorganisation that gives more control to a government that did not distinguish itself in its control of the pandemic response. Overall, it is not clear how the proposals will benefit patients – “and they might make things worse”. A major risk with the proposals is further NHS privatisation.

On 26 July, an esteemed and much-loved NHS colleague, Professor Khailish Chand OBE, passed away. Just hours before, he warned on Twitter that these proposed reforms of the NHS are modelled on the Kaiser model as used in the USA and will lead to the “ultimate privatisation” of healthcare in the UK:

Wear no feathers: a story of female grit and the RSPB