Public health should be in public hands

Despite the media continuing to report this as the ‘NHS track and trace programme’ it is anything but. 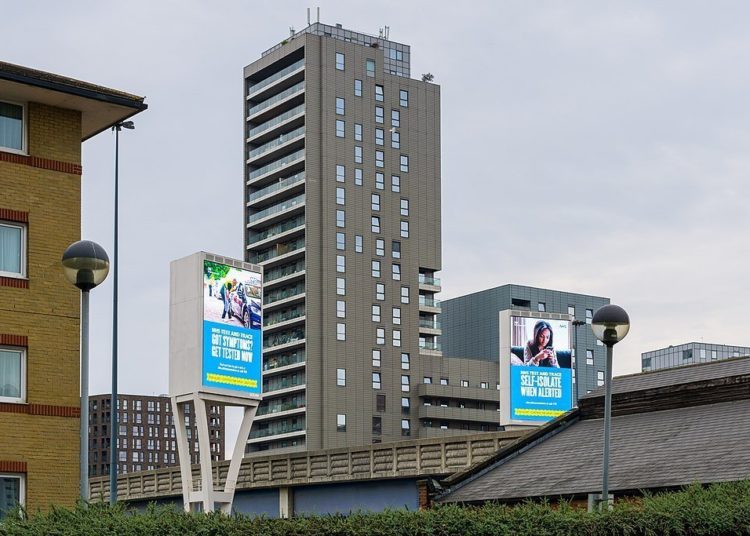 This morning on BBC Radio 4, Minister of State for Health Edward Argar attempted to defend the indefensible by suggesting that the government will stick with Serco to provide the essential coronavirus test and trace programme.

This is despite mounting evidence of the abject failure of the current test and trace programme run by Serco, with it failing to reach almost half the contacts named by an infected person. The Independent reported that they had seen leaked analysis that showed across North West England, the national tracing service is reaching only 52 percent of all close contacts.

Despite the media continuing to report this as the ‘NHS track and trace programme’ it is anything but. Two firms were awarded the test and trace contracts – Serco and Sitel. Private firm Serco was awarded £108m over a 13-week period to get in touch with people who test positive and their close contacts, using 18,500 call handlers. This contract related to non-complex cases referred to them; complex cases are such as an outbreak in a workplace and are dealt with by Public Health England.

This is yet another example of the government using the crisis to outsource extensively to the private sector. So far during this pandemic Deloitte, KPMG, Serco, Sodexo, Mitie, Boots and the US data-mining group Palantir have all been awarded government contracts to provide things like the drive-in testing centres, the purchasing of personal protective equipment and the building of Nightingale hospitals.

If the name ‘Serco’ rings bells, it’s because this was the group awarded a contract by the Home Office’s UK Visas and Immigration department for the new ‘asylum accommodation and support services’ contract last year. With annual revenue anticipated to be approximately £150m this was a juicy contract, yet even within the first year Serco was fined more than £1m by the government as a result of failures to deliver.

Undeterred by previous failures, Serco is now the main deliverer of the current track and trace. It may be that close connections with Conservative grandees has something to do with it. The chief executive of Serco is one Rupert Soames, brother of former Tory MP Sir Nicolas Soames, and Churchill’s grandson. Rupert also shares a similar contempt of lockdown rules to Dominic Cummings, courting unwelcome publicity when he was found to have “done a Cummings” with a visit to his country pile in Scotland, as reported by The Spectator.

Gradually it’s dawning on the government that their approach to test and trace simply isn’t working. Yesterday the Manchester Evening News (MEN) reported that the government has agreed to hand over a third of the national track and trace workforce to local authorities. This is both an admission of failure and – finally – an acknowledgement that a centralised, top-down system just isn’t working. According to MEN, of the 18,000 people currently working for the service, 6,000 will work directly alongside councils from 24 August to trace people it has been unable to reach.

“Instead of putting local public health experts and NHS services in charge of contact tracing, the health secretary, Matt Hancock, handed over responsibility to private companies such as the outsourcing giant Serco, which has previously been fined for deaths of workers and members of the public that could have been prevented.”

Local authorities are now taking matters into their own hands. Last Wednesday, Calderdale Council in West Yorkshire became the latest local authority to announce plans for its own tracking system. Leicester, the first place to go into local lockdown, is now claiming a success rate of 89 percent with its own council-run system. More local authorities look as though they will follow, leaving many to speculate about what will happen to the Serco contract and all that money.

But it’s not just a matter of the huge waste of public money, or the fact that Serco has history (lots of it – see this for example). It’s also the fact that the clock is ticking in terms of children going back to school. We just don’t know how much children will be responsible for spreading the virus once they return to school, which is hardly surprising given that schools have not been open for nearly five months, so there is nothing on which to base the research.

A recent study published in the Journal of the American Medical Association, based around a paediatric hospital in Chicago, Illinois found that young children can potentially be important drivers of the SARS-CoV-2 spread in the general population. “Although childhood contacts were less likely to become cases,” they wrote, “children were more likely to infect household members.”

The thing that will be crucial, critical even, as we head towards winter is a functioning test and trace system. One that gives communities the reassurance that the government is actually doing the right thing, and that both their lives and their livelihoods are being protected. Not the livelihoods of someone like Rupert Soames (who last year invoked some unhappiness with a lucrative pension bonus).

The £108m contract for Serco will come up for renewal in two weeks’ time. Labour have now joined the growing clamour for no additional funding to be given to Serco, and 100 public figures have signed a letter to Matt Hancock demanding to see Serco’s contact tracing contract, a campaign supported by We Own It. This is after all the biggest public health issue for a century. It’s public health and it should be in public hands.