A Trade Bill will receive its second reading in the House of Commons. This Bill is paving legislation for the government to open trade negotiations with other countries, principally the USA. 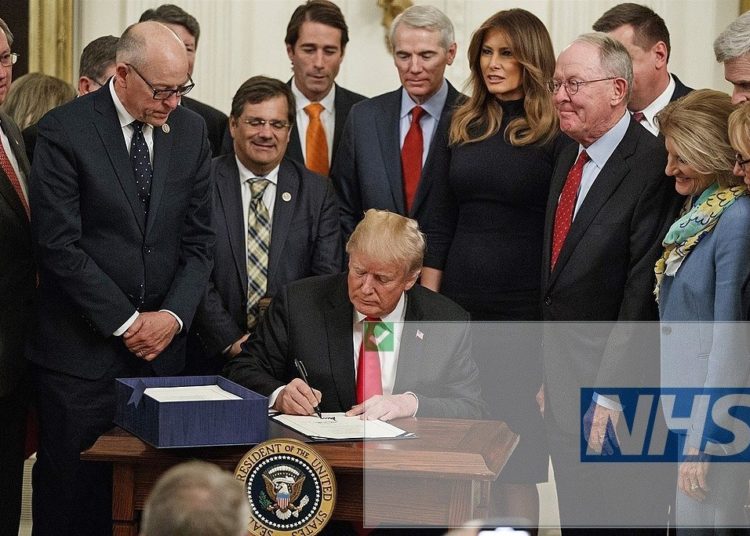 Whilst we are all preoccupied, rightly, with trying to survive the coronavirus pandemic the government is forging ahead with its Brexit agenda. Today, Wednesday 20 May, a Trade Bill will receive its second reading in the House of Commons. This Bill is paving legislation for the government to open trade negotiations with other countries, principally the USA.

We are aware that Trump has said that “everything is on the table” for the any trade talks between the UK and the US. Open to discussion would therefore be such sensitive topics as the NHS, food safety standards and cross-border data flows.

In more direct terms these topics can be translated as:

It is also likely that any trade deal with the US would involve an ISDS (investor-state dispute settlement). These type of arrangements were first publicised around discussions of TTIP (Transatlantic Trade and Investment Partnership) as part of EU negotiations with Canada, among others, a few years ago. Under these arrangements it would be possible for companies to sue any government that passed any law that inhibited the ability of that company to make a profit. Such a clause would preclude any future UK government from passing legislation to renationalise or impose health and safety standards on goods and services.

Boris Johnson has repeatedly said (including at the last election) that he would protect the NHS. This promise has been repeated by the trade minister, Liz Truss. However, they has also repeatedly refused to provide any details of how the NHS and others services would be protected in any trade negotiations. One way to protect the NHS would be to have a clause in the Trade Bill that specifically rules out the whole of the NHS from the negotiations. This again the government has refused to do.

WE OWN IT alongside the Trade Justice Movement have launched a campaign to include a protection clause in the Trade Bill. They are asking people to contact their MPs to put pressure on the government to put an effective and inclusive clause in the bill to protect the NHS from immediate or any future trade negotiations. These organisations have prepared such a clause ready for the committee and third reading stages of the bill. They have also prepared materials and briefing notes that can be obtained HERE and HERE.

Let’s help protect our NHS and keep it out of the hands of Trump.