A Sheffield resident talks to us about her experience with the Serco Track and Trace System. 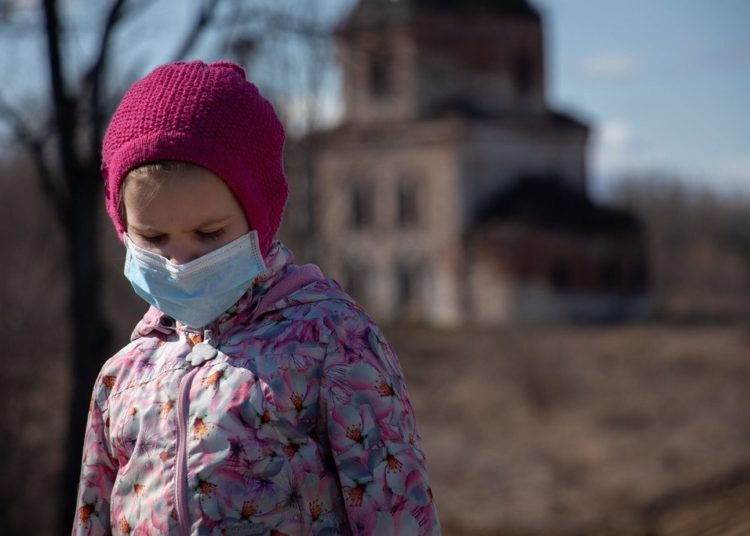 Image by https://www.vperemen.com for Creative Commons

Continuing our investigation of the government’s outsourced test and trace programme, we shine a spotlight on the reality and efficacy of test and trace in action. Here we hear from a Sheffield resident and her family.

My experience of Test and Trace has been mixed, but my overriding sentiments are of disappointment and anger. In summary, we received numerous threatening and unnecessary phone calls, misleading and inaccurate information, and enquiries about health matters from people with no healthcare expertise. Our experience of the Test and Trace system was that it is dysfunctional, misleading and not at all fit-for-purpose.

My 11-year-old son required a test one week then the following week, on 29 October, I was tested as part of the C-19 COVID symptom study. I had atypical symptoms – mostly sinus pain and earache. On both occasions, we were able to access a test at a time and location convenient to us and the staff at the sites in Sheffield were friendly and helpful. The test results were returned promptly, in approximately 26 and 18 hours respectively.

My son’s test was negative, but mine was positive, which is when the fiasco began.

My family began their isolation period of 14 days and my mother-in-law – who is 88 and lives with us, and had been distancing within defined areas of the house – increased her isolation from the rest of the family.

I developed more typical, covid-like symptoms two days after taking the test on Saturday 31 October, which was the day after receiving the positive test result. The first call arrived from Test and Trace that afternoon, waking me from a fevered nap. I remember thinking that they were professional, helpful and clarified the date my symptoms began, changing the records to reflect this. I stated that we were a compliant family and had no intention of breaking our isolation. So far, so good.

At 9.05am the next day, Sunday 1 November, I was woken from another fevered sleep by Test and Trace, to be mildly threatened to isolate for the allotted time. I pointed out that the NHS App gave me a different date, and was told I could ignore the NHS App. The caller went on to read what was clearly a script and finally left me in peace.

Wednesday’s call was hilarious, if you find that sort of thing funny. I felt like I was humouring the caller by listening to the slowly delivered script of threats, and responding with what they wanted to hear. During this call, I was cautioned to wash my mother-in-law’s clothing separately from mine, as part of my precautions to protect her from this virus. This is factually incorrect, but I let it go, as I wanted the conversation to end. I was still ill in bed and suffering ‘brain fog’, but I recall assuring the caller that I was compliant and so was my family.

During the acute period of my illness, my husband received numerous calls repeating the same script of threats and each time he assured the caller that we were being compliant. What’s frustrating is that if we didn’t want to comply, we could have said exactly the same things and continued to invite people into our home or been out and about.

Given the misinformation I had received about important things such as isolation times, and washing our clothes – and the obvious lack of healthcare training in all but one of my callers – when it came to his turn, my husband became increasingly annoyed by untrained individuals asking him about his health and symptoms. During one call, it seemed that the individual was determined to keep going with their script, even though my husband had stated that he didn’t need what was offered and did not wish to continue the discussion.

It begs the question, why is money being wasted on pointless phone calls to compliant households when they could be spending time tracing the individuals they have failed to reach, who are still out there potentially spreading the virus? What’s clear is that the different aspects of the ‘system’ don’t communicate with each other, which is unsurprising when you realise that each aspect of the so-called Test and Trace system is owned by a separate company – not one system, but many!

My husband experienced similar symptoms to me, but couldn’t initially register for a test as he didn’t have any of the three symptoms stated on the NHS system. He was isolating at this point due to my positive test result, but when he developed a persistent cough and could legitimately book a test, he registered for a home test kit. This was around 7/8 November, over a week after we had begun isolating.

He doesn’t think there was a field on the online form for entering information regarding other members of his household having Covid-19, as he would have added this information if so. In hindsight, this information would have been very helpful for Test and Trace, particularly when it came to all the duplicate phone calls. He requested a home test kit on 9 November and it arrived two days later, but sat unnoticed on our doorstep until after the timeframe for posting it back as a priority (as instructed). It’s not clear whether the delivery person attempted to alert us, but even if they did, they didn’t post a card through our door when we failed to respond.

The instructions on the test were confusing and we had to reason our way through them several times (and consult the government website) before we felt we understood the posting procedure. When you’ve got Covid-19, it can be hard to concentrate on even straightforward procedures. Following the complicated instructions that accompany these home test kits is almost impossible. It makes no sense that the government has introduced a system that actively encourages high rates of failure.

At 7.05am on 14 November, three days after completing the test and sending it back (more than six days since first experiencing symptoms), he received an email informing him that his test result was positive and the he must, by law, self-isolate for ten days from his symptoms starting. By our calculation that would have taken him to 18 November.

These messages carried the threat of legal action even though two of them were factually inaccurate and did not apply to our household.

The messages caused confusion and distress, as our children had already returned to school having isolated for 14 days after my positive test result. I attempted to contact Test and Trace via the 0300 number on my phone, but was just re-directed to NHS 111. I chose to revisit the government website and confirmed that the information supplied by Test and Trace was incorrect (as well as contradictory).

At 9.30am on 15 November, the phone calls resumed. The first was to my 11-year-old son, but as the caller display showed ‘WJB Swim Lincolnshire’ he didn’t answer. When ‘WJB Swim Lincolnshire’ called my husband’s phone, he answered. The call was from Test and Trace and, fortunately, the caller was professional and coherent. We informed them that they were displayed as ‘WJB Swim Lincolnshire’ and therefore we couldn’t trust the source of the call. We pointed out that even if we called them back, it could still be a scam. In response, the caller said that they’d record us as “not willing to cooperate” and end the call. My husband challenged this, as he did wish to cooperate. In fact, given all the confusing texts we needed some advice and guidance, but we had no way of verifying the source of the call.

Throughout, the caller was helpful and their tone was non-threatening. They stated that they had not come across this issue before and that they would “raise it”. We agreed to a call back and when it still displayed a swimming centre we reluctantly agreed to proceed, but said we might choose to withhold sensitive information. The caller went through the script and was nothing but helpful. We were able to confirm that our reading of the rules was correct and we were told that we could disregard the text and emails we had received. We were able to voice our complaints about the misleading and dysfunctional nature of the Test and Trace system.

The call handler ‘saved the day’ for Test and Trace, as their professionalism won us around. I get the impression that the first call one receives after a positive test result is a healthcare professional, or at least an experienced individual. Subsequent calls seem to be made by inexperienced call handlers who are at best out of their depth and at worst provide misinformation. I don’t wish to criticise the individuals, they probably lack training and are doing their best in a bad situation. I think the fault lies with the Test and Trace system being poorly organised and managed by individuals without the requisite experience.

As I finish typing this, my husband has just shown me his latest text message, received 7.15am today (17 November), reminding him that our household must isolate for 14 days from the onset of his symptoms…