As Leicester goes into lockdown, it’s a reminder of what a big week this is for Boris Johnson, culminating in so-called ‘super Saturday’ on 4 July when pubs, hairdressers, cinemas and restaurants reopen. 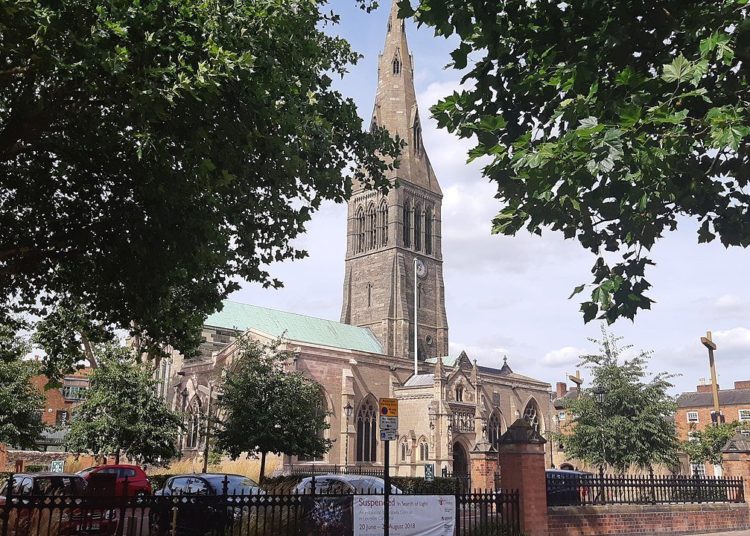 As Leicester goes into lockdown, it’s a reminder of what a big week this is for Boris Johnson, culminating in so-called ‘super Saturday’ on 4 July when pubs, hairdressers, cinemas and restaurants reopen.

It will come at the end of a week that will have seen summer holidays given the green light, after the government scraps the requirement to self-isolate for 14 days on returning to the UK. And this week will see an announcement of ‘air bridges’, allowing Brits to go on holiday to those places deemed the safest destinations from 6 July.

All this sends a message that as a country we are on top of fighting coronavirus and the worst is over. But all the signals are to the contrary and absolutely no evidence has been presented to explain or justify the easing of restrictions, or on exactly what basis we’re changing the two-metre rule. However much the prime minister tries to deflect attention with ‘new deal’ announcements, the biggest issue he has to manage is the pandemic.

Johnson has a huge challenge ahead. The public may no longer be listening and the expert advice contradicts many of the government’s measures. Professor John Edmunds, who attends the scientific advisory group for emergencies meetings, previously warned that the switch to “one metre-plus” restrictions, plus the reopening of pubs and restaurants, carries a risk that “transmission will take off again”.

In an online lecture for Gresham College, Professor Chris Witty, chief medical officer for England, said that countries looking to ease their lockdown measures must negotiate an “extremely difficult balancing act” in order to keep the pandemic under control. He said, “Covid-19 is a very long way from being finished and eradication is technically impossible for this disease”.

The prime minister has taken the decision to ease lockdown despite the UK’s death rate stubbornly refusing to fall to anything close to one that is comparable with other European countries. Last Friday there were 186 coronavirus deaths recorded here – in France it was 26. A study by the London School of Economics published in yesterday’s Daily Mail shows that Britain has the worst coronavirus care home death toll in Europe, with a fatality rate 13 times higher than Germany’s.

There is no evidence to suggest we are on top of this. The debacle over the test and trace system continues, with the independent sage group claiming that test and trace is still deeply inadequate: only one third of people are providing at least one contact, and key data is still missing from government’s figures (for example there are still no figures on the number of people isolating following contact tracing).

We face the grim reality of local lockdowns becoming a feature of our lives in the immediate future, with Leicester now the first UK city to have to continue lockdown due to a surge in coronavirus cases. Yet the decision regarding Leicester came some 11 days after the government first became aware of the outbreak in the city. Peter Soulsby, Leicester’s mayor, today provided details about the lack of communication between the city and the government. This comes after police yesterday admitted that they had no idea how the lockdown will be practically enforced.

In the absence of hard evidence and data about these cases there is considerable confusion, with local politicians saying they do not have the power to enforce lockdown of a whole city. In a case of bolting horses, the BBC reported that a Department of Health spokesperson said further guidance on containing such outbreaks would be published “shortly”.

Failure to resolve the relationship between local and national responses to the virus is wilfully negligent. Brighton and Hove City Council recently called for the government to grant it more powers to implement its own lockdown measures in a bid to keep visitors off its beach. Dorset Council leader Spencer Flower also wrote to the prime minister urging him to restrict travel. The fact is, local councils and local police have very little power to enforce travel restrictions, or indeed control of their own beaches.

What Saturday will bring in terms of behaviour is anyone’s guess. The motivation for easing restrictions is economic, with many people making this case strongly – not least the chancellor – and with much lobbying from the hospitality industry. Confronted with a second spike there is some evidence that people will take matters into their own hands as Larry Elliott points out in his article on Saturday. But a second wave of Covid-19 will do untold damage to a faltering economy, so it’s one hell of a gamble.

The reality is that there is a huge amount of ‘wing and a prayer’ guesswork to what will happen over the next two weeks as we ease out of lockdown. There is no clear strategy and with each week that goes by, the government’s messaging seems more and more contradictory and confused. Polling by Opinium shows net approval of the government’s handling of the Coronavirus crisis in negative territory, with over 54 per cent now saying that the UK is coming out of lockdown too fast. Net approval of the way Boris Johnson is handling his job as prime minister has dropped two points, from -5 per cent last week to -7 per cent this week.

Nor are the Conservatives helping themselves, especially in marginal seats. Some 331 Tory MPs voted down a motion tabled by Labour, which called for weekly testing of NHS staff in an effort to combat Covid-19. Penistone and Stocksbridge MP Miriam Cates then took to the newspapers to defend her position, saying in the Yorkshire Post “I did not vote against regular testing for NHS staff – I voted to continue with our current evidence-based approach to keep staff and patients safe.” But this flies in the face of the feelings of constituents, who want to support the NHS.

It is also surprising that Johnson has chosen this week, of all weeks, to take on the civil service. It may well be that cabinet secretary Mark Sedwill has become the fall guy and paid the price for the government’s mishandling of the coronavirus crisis. As Lord Kerslake, himself a former head of the civil service, says in yesterday’s Guardian, Johnson’s government is acutely aware of these shortcomings and recent briefings suggest that it is now attempting to lay the blame on civil servants and expert advisers.

At some stage though, the bluff and bluster, the blame games and the ‘gaming’ of the pandemic, will expose the fact that there is little of substance from this government. Scratch the surface and there is no real delivery strategy. Or as Peter Foster of the Financial Times put it on twitter yesterday: