Government’s confused messaging and unclear strategy give cause for concern 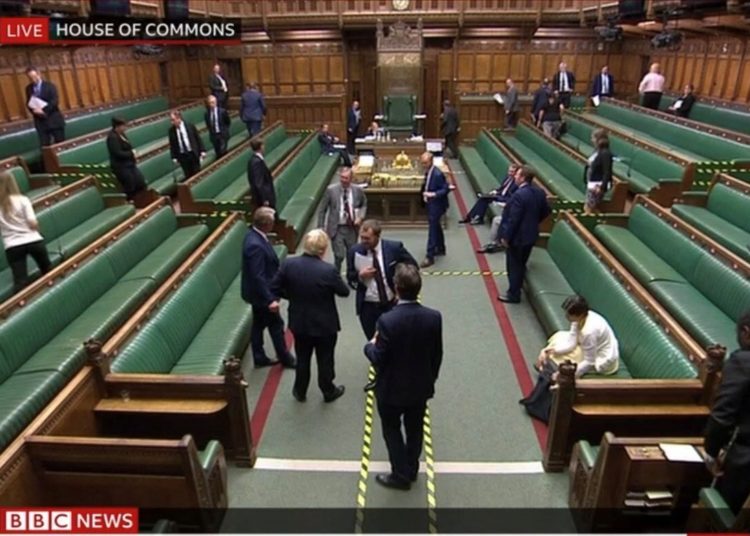 Today Prime Minister Boris Johnson hosted a global vaccine summit in London. Among other things, he will have been hoping to be able to use it as an opportunity to demonstrate his leadership in leading the fight against coronavirus.

He has some ground to make up. Yesterday he claimed boldly that he was taking over control of the Downing Street response to the virus leading many, including Labour leader Sir Keir Starmer, wondering who had been in direct control up until now.

In a tetchy exchange at yesterday’s prime minister’s questions (PMQs), the prime minister claimed he was “proud” of the government’s record, despite the UK recording the world’s second-highest number of coronavirus deaths. A phrase that in hindsight he may come to regret.

In fact, by 5pm yesterday it was evident that the UKs record was appalling in comparison to other European countries. Recording 359 daily deaths for 3 June the government’s chief scientific adviser Sir Patrick Vallance admitted that deaths were not coming down fast enough leaving very little room for manoeuvre.

To finish off the day a damning Dispatches programme from Channel 4 suggested that delays at the heart of government may have caused thousands of deaths. And Newsnight showed an extended piece on the real social injustice of failing to address the virus in the care home sector.

Other articles on this topic:

The government’s approach to tackling the pandemic is beginning to look like a suicide mission. A lot of eggs have been placed in the ‘test, track and trace’ basket, central to which is the NHS Covid-19 contact-tracing app that was expected to launch at the beginning of June. Unfortunately, the UK’s test and trace chief, Dido Harding, has since refused to put a timeline on when the app will be launched.

Lady Harding also repeatedly declined to disclose the proportion of new coronavirus cases having their contacts tracked to yesterday’s health select committee, arguing that the information was “not validated” and therefore could be misleading.

In an effort to spread the incredulity about the government’s handling of the crisis Home Secretary Priti Patel confirmed plans to force almost all arrivals to the UK to isolate for 14 days. The likelihood of a backbench revolt on this are high, fuelled in part by the flak they have had to take from constituents about the antics of Cummings, and in part by a general sense that there is a growing departure from the science and the policy.

Where the government goes from here is anyone’s guess. One thing it could do is harness and utilise local expertise and knowledge in a way that has been sadly lacking to date. Chris Ham, chair of the Coventry and Warwickshire Health and Care Partnership and former chief executive of the King’s Fund, writing in yesterday’s Guardian said: “the government’s mishandling of testing and tracing could have been avoided by much earlier engagement with local authorities and leaders from across the NHS”.

In what appears to be mixed messaging, councils have been asked to develop robust local outbreak plans so they can lead local responses to future outbreaks. But at the same time Johnson announced yesterday he will chair a new Covid-19 strategy committee, whilst also highlighting the overarching role of the joint biosecurity council.

According to the Municipal Journal, this uncertainty of where roles and leadership lie led Sheffield MP Clive Betts, chair of the housing, communities and local government committee, to write to the prime minister saying:

“You stated that there would be strong directional control by the council towards local communities. Does this mean that local communities will receive orders from the Biosecurity Council? Will there be areas of responsibility that solely rest with local communities? How would any disagreements be resolved?”

It is true that a growing number of local government figures have asked to be given more responsibility for getting the country out of this crisis. But with this comes the thorny question of who owns, and who can independently trigger, the local outbreak plan.

Greg Fell, public health director at Sheffield City Council, told the Local Government Chronicle that his plan is being worked up, but that a local outbreak board has not yet been established, as governance issues need to be considered. Along with others, he is pushing for postcode data to be shared locally to help public health directors identify clusters of cases.

The thinking and expertise at regional and local level has been hugely underestimated and underutilised. Those working at that level appear to have given more thought to measures that will prevent a second wave than the government, which appears to be more concerned about getting the economy working again. Without a doubt the success – or otherwise – of how we tackle the virus going forward will be down to how quickly and effectively local lockdowns can be implemented. And these can only be really effective with the right data and enforcement.

Where does this leave us? Public health directors must quietly be uneasy with the position they are being placed in – greater responsibility, but with limited power in the actions they can take. No doubt they will be all too aware that they could be used as a political football if numbers don’t fall, as the government looks to deflect blame for the mishandling of the crisis.

If Boris Johnson is taking back control of the pandemic then it will be interesting to see what that looks like. In last night’s Channel 4 Dispatches programme, Sir Paul Nurse, president of the Royal Society and a Nobel prize-winning geneticist, described talking with government ministers and advisers as being like “talking to a blancmange really – you poke it and it wobbles for a while, and then it more or less goes back to the original shape it had”. This would be funny if it wasn’t true.

Unless the government changes it shape on tackling coronavirus we are looking at a lot more deaths in the months to come.