It’s important to remember that if you have dementia you can still vote, operate a bank account, and have the right to a council tax reduction. 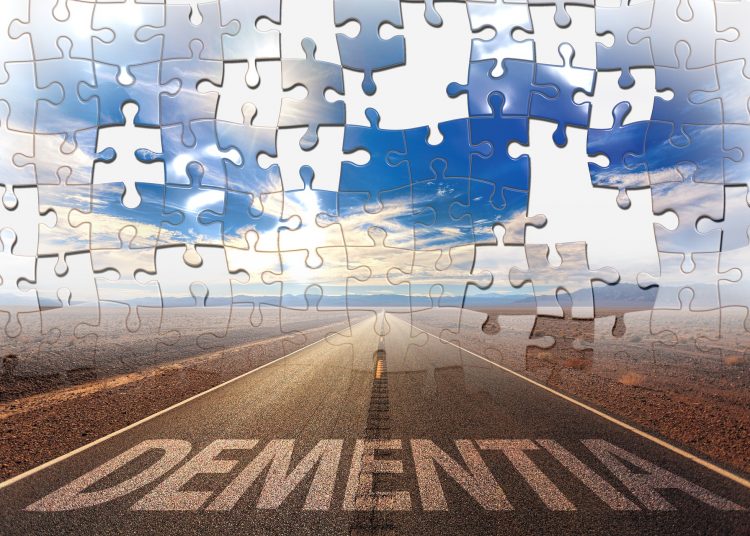 In 2019, 66,424 people died in England and Wales due to dementia and Alzheimer’s disease, representing 12.5 percent of total deaths. In 2018, they were the leading cause of death in the country. Despite this, there is no medical pathway for those living with dementia, and no procedure to guide people through the process of dealing with dementia.

While the medical profession has made remarkable steps in preventing and curing cancer, for many, dementia remains inevitable and uncurable. Meanwhile, society accepts discrimination against families dealing with dementia on every step of this deadly journey.

Living with dementia and fighting for our rights

Before my wife had dementia, she worked for the National Health Service. Margaret worked in records, and could remember the codes for every medical condition. She could recount the name of every plant in her garden in English or Latin. Now she doesn’t know my name or those of her sons.

It’s important to remember that if you have dementia:

But the reality for those living with the disease, and caring for loved ones who have it, is that these fundamental rights are often taken away, through the ignorance of officials, the lack of clear and consistent advice, and the complexity of unnecessary bureaucracy.

Your right to vote doesn’t disappear with dementia

“The ERO does not have the expertise to determine whether a person has mental capacity or not” and “there should be a presumption that the person has capacity”.

With the support of the charity Dementia Forward, I was able to challenge the decision and restore Margaret’s voting rights. But how many people in the same situation – already dealing with one of the most difficult situations they will ever experience – have the knowledge, time and tenacity to fight this battle for their loved ones? How many people with dementia have been disenfranchised through no fault of their own?

Banks operate their own rules when it comes to dementia

When a loved one receives a diagnosis for dementia, many people enact a power of attorney so that they can take care of all their financial arrangements. Similar powers exist for health and welfare arrangements too. This is all done through the Office of the Public Guardian. As part of the process you have to have witnesses sign to confirm that you are who you say you are.

So the process for obtaining power of attorney is robust, but using this power once enacted can be incredibly difficult, with banks in particular putting up a variety of obstacles.

In our case, I had power of attorney and I opened a savings account on my wife’s behalf with Metro bank. But when I attempted to view the account, to establish that the opening deposit had been credited, I was told that they would not allow me access because, due to her condition, Margaret could not answer identification questions over the phone without my prompting.

Although I suspected that this counted as discrimination, when I reached out to public bodies like citizens advice, they confirmed that banks could stipulate their own rules.

Those suffering from dementia have the right to claim a discount in their council tax. Some councils award this from the date the dementia is certified, others award it from when you are in receipt of attendance allowance. Given that many people are not aware of the allowance, and the application process can take some time, this leads to considerable financial loss for those who are unfortunate enough to live in the wrong area.

Margaret and I live in the wrong area.

Our local council refused to backdate the council tax discount to the date Margaret was certified as having Alzheimer’s. I appealed this decision first to the council, then at a tribunal, and finally at the High Count. But in each case, I was unsuccessful.

I also undertook a freedom of information request to all UK councils, asking how many backdated this count to the date of certification. Only 127 out of the 382 councils in the UK do this, depriving 177,000 families of between £200 and £2,600 at a time when families are most in need. I launched a petition to challenge this postcode lottery – at 10,000 signatures the government will respond, and at 100,000 there will be a debate on it in parliament.

What can we do?

The sad situation is that, as with many issues regarding people with mental impairment, the attitude is: refuse first and let them fight for their rights. In the end, when it comes to the question of mental capacity, society still says ‘no’, unless you’re able to fight your corner. As a carer I find society’s attitude disheartening, at all stages of learning to live with dementia, obstacles are placed in your way and unless you know your rights and what is available, you are truly alone.

What can we do?

Derek retired in 1999 after 30 years as an electrical engineer working in an electricity company in Manchester. He now lives in Northallerton with his wife Margaret.