The government is tearing up the post-war social contract that promised and delivered health and social security for all. 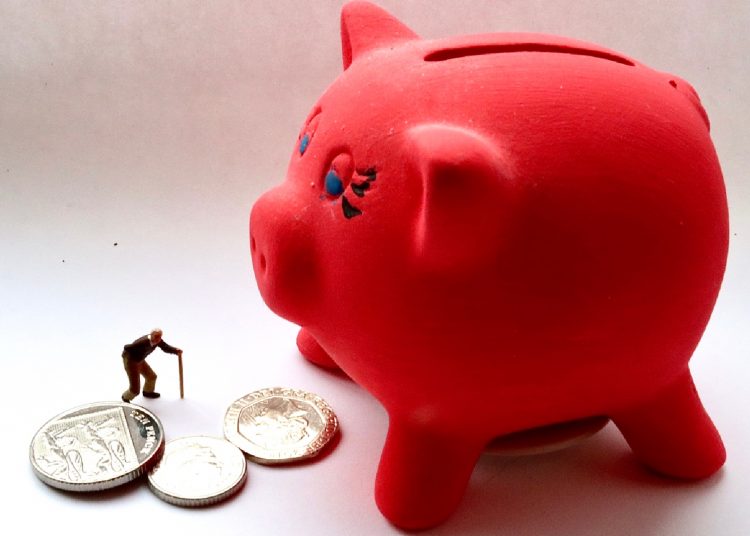 A smash and grab is underway. A heist perpetrated against the old. Offshore hedge funds and private equity firms are fleecing the elderly of their life savings, enabled by a government for whom rapacity is the only guiding principle.

Boris Johnson has wasted yet another opportunity to save a social care system that is on the verge of collapse. No fresh thinking. No new money. Just more fiddling, in every meaning of the word.

The elderly, now imprisoned by this broken system, worked hard and paid their taxes all their lives. The majority saved and many bought homes, following their instincts and government advice to build up nest eggs. Many planned to leave something to their children and grandchildren, to give a leg up and make things easier. Individually, we’re not talking huge sums in the scheme of things.

This isn’t the billions sequestered offshore and tax free by the super rich. Just a working life of pounds and pennies saved, or the value of a home paid for by a mortgage.

Long ago, a contract was made with the generation currently in their eighth decade. At the end of the Second World War, they were offered a settlement and asked to put their shoulders to the wheel and rebuild the United Kingdom. For a country broken by nearly six years of total war and on the verge of bankruptcy, this was no easy task. It called for a resolute attitude and a belief in a brighter future for all. They rose to the challenge to construct a New Jerusalem – a true monument to the fallen of the First and Second World Wars.

Post-war social contract: the creation of the welfare state

In return for their hard graft, there would be a quid pro quo – this was the deal and it was agreed upon with unwavering unanimity by politicians of every stripe. Paid for by their taxes, these citizens and their descendants would escape the traps of poverty and destitution that had blighted the lives of those who went before.

Where the poorhouse and an early death once stalked the land, there was now the promise of health and social security for all,‘from the cradle to the grave’. Access to healthcare, social care, good housing and education, no matter how much money you had or the status of your birth – what a lovely idea. So simple, yet so effective. Simultaneously Christian, paternalistic and socialist, it spoke to the best of us; a society working together for the betterment of all.

For the state, the upside would be a populace unencumbered by what the Liberal MP William Beveridge, a key architect of many of the reforms, called “the five giants on the road to post-war reconstruction”. Want, disease, ignorance, idleness and squalor were to be banished and a country fit for the challenges of the modern world would rise.

So important was this task that work on it was triggered in 1941, by the then prime minister, Winston Churchill, during the darkest days of the war. An array of government departments reported to a cross-party committee, which was chaired by Beveridge, and a report, bearing his name, was produced. But that was just the beginning. The Labour government, voted into power in 1945 as the war drew to its close, set about its work with great energy. It built on the work of Beveridge and a consensus that had grown since the end of the 19th century. There had been changes before the war. But these were mostly piecemeal, a patchwork of means-tested arrangements designed to delay rather than solve the problem. However, with Labour’s National Insurance Act of 1946, a robust funding model was finally created and compulsory contributions from workers mandated.

Henceforth, through a raft of interconnected legislation, the state would provide relief to everyone when it was needed. Families need no longer fear unemployment, sickness, retirement and death, as they once had. In 1948, the National Assistance Act came into being, abolishing once and for all the archaic Poor Law and providing a safety net for all.

In that year, the NHS was also created through Aneurin Bevan’s 1948 National Health Act. This groundbreaking piece of legislation, which has arguably done more than any other single thing to shape the health and prosperity of our nation, created a free welfare and healthcare system. Security and opportunity walked hand in hand for working people and their children for the first time.

Thatcher began the destruction of the welfare state

It took time, but through the fifties, sixties and the seventies, the work went on. As the UK adjusted to its changing role in the world and the make-up of the economy changed, the model held. The bold progressive consensus continued until 1980, when Thatcher’s government began a process of destruction that continues to have dire consequences to this very day. Greed, disguised as ideological imperative and fiscal necessity, was and still is, the main driver for this regressive direction.

That provision, from cradle to grave, was a gift to us from our parents, grandparents or great grandparents. The five great giants were slain so we would never experience the insecurity and fear felt by generations of working people before 1945. Bit by bit what they bequeathed to us has been fragmented, eroded and destroyed, as public opinion is ignored and the founding ideals of these great institutions corrupted.

The generation who committed to this at the beginning of their working lives are now in their 80s. Just at the point where their investment should pay off, giving them a secure dotage, the Conservative Party’s pathological desire to privatise and underfund has delivered a broken system, stripped to the bone.

Betrayal of a generation

If you have assets or savings, particularly if you live outside the South East of England, the Tories will fleece you to pay for a system cynically re-engineered to featherbed their tax-avoiding billionaire friends. You will be paying again for care that, over the course of your working life, you have already paid for.

Barring the impending wholesale handover of our NHS to American healthcare firms, these actions are the single biggest betrayal of the sacrifices made by those who lived through the Second World War. Those craven, acquisitive usurpers, who now hold hostage the old, paternalistic, One Nation Conservative Party, masquerade as our leaders as they rob us all blind.

Real reform is needed now. The gifts our forebears bequeathed to us must be saved.