Health inequalities are systemic. The government has not prioritised Covid-19 jabs for all people with intellectual disability. 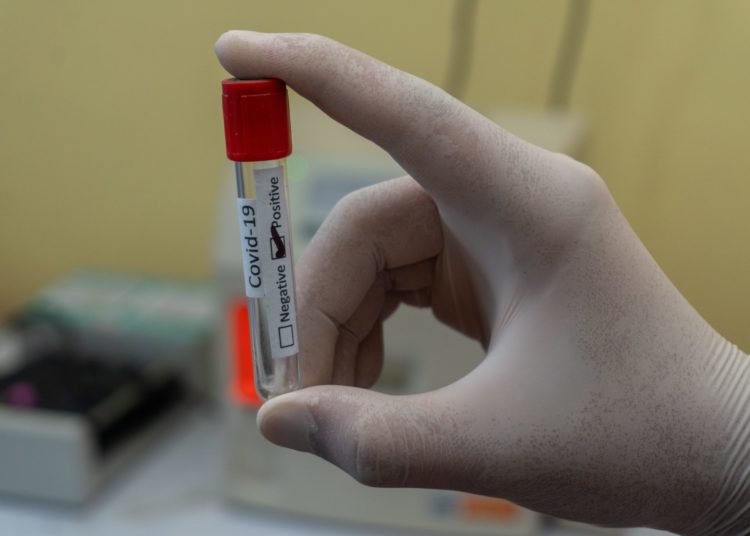 Do you trust what government ministers say about the covid jab? Given all the confusing sources of information, it is difficult to make sense of the priorities and hype around the rollout. If we look at our closest neighbouring countries – Ireland, France, Holland, Belgium, Germany and Scandinavia – there seems to be general agreement about getting older and ‘vulnerable’ people vaccinated first, in order to try and keep them out of hospital.

How to do that varies somewhat. Here, even frontline health and social care workers are not systematically prioritised. Here, the guiding principle of the joint committee on vaccination and immunisation (JCVI) is that prioritisation should “maximise benefit and reduce harm” and “mitigate health inequalities”. So far so good.

But health inequalities are systemic. The government has not prioritised Covid-19 jabs for all people with intellectual disability (including Downs Syndrome people who are fourth on the vaccine priority list, with adults aged 70+). Nor does it prioritise those at home, their family carers, or peripatetic agency carers going into several different homes daily, and often wearing the one set of PPE provided for the day.

Yet, the health inequalities affecting this cluster of vulnerable people have been well documented for over 25 years.

Even before the pandemic, the most recent full report of the learning [intellectual] disabilities mortality review (LeDeR) programme, based on data from 2019 (pre-covid), showed that intellectually impaired people died on average 25 years earlier than the general population.

A recent British Medical Journal blog highlighted that even before the pandemic, the most recent full report of the learning [intellectual] disabilities mortality review (LeDeR) programme, based on data from 2019 (pre-covid), showed that intellectually impaired people died on average 25 years earlier than the general population.

The blog’s authors, Keri-Michèle Lodge, Christian Brown and Sheila Hollins, state that “eight percent of deaths in the general population were deemed to have been treatable”, and Public Health England found that the figure was over 30 percent for the intellectually impaired, whose symptoms were too often wrongly attributed to assumptions around intellectual impairment. That discriminatory bias in diagnosing symptoms resulted in them being more ill and fewer than two in five people reaching 66.

It went on to say that, according to research those with covid now die at a younger age, with:

“the overall death rate for people with [intellectual disabilities] was estimated to be up to 6.3 times higher than the general population. This has been compounded by the inappropriate application of blanket ‘do not attempt cardiopulmonary resuscitation’ orders on people with ID during the pandemic. Yet despite clear evidence of the disproportionately negative impact of covid-19 on people with ID, this group is not being prioritised for vaccination”.

The blog concluded that the government’s vaccine policy is “discriminatory, and fails to make reasonable adjustments as required under the Equality Act 2010, with an overemphasis on chronological age”.

That matters to all of us and not just because the country likes to say that it works to combat inequalities and discrimination, upholds human rights and respects justice. In September 2020, the House of Commons and House of Lords joint committee looking at the human rights implications of the government’s response to Covid-19 felt it needed to do a lot better.

It matters to us all also because this group of people is reliant on being taken to the shops, often by non-vaccinated carers popping into and out of many homes every shift as well as managing their own families. So it must be assumed that the government either lacks sufficient knowledge, sufficient vaccine, or considers the risks acceptable for that group of people.

In general, shouldn’t we ask if there is anything the government could learn from our neighbours to cut risks all round? Germany is often held up as an example of better practice. There, public and parliamentary scrutiny of the medics and politicians is more rigorous and informed by expert evidence.

Germany takes a pre-emptive approach to covid. Like here, hands, face, space is the norm but was introduced far sooner and policed in public areas, though less vigorously than in Spain. But is also tries to keep people out of hospital: monitoring the 70s with covid symptoms is deemed vital. Its leading virologists say the aim must be to check and test such people every 48 hours at their home and treat early symptoms immediately. Virologists from the Robert Koch Institute have regularly appeared on television since the start of the pandemic. Their advice is also downloadable.

Health and community workers, all over 70s, and all people with intellectual impairment have been prioritised for jabs. Schools and nurseries are closed. Now the issue is when to test school-age children, and to ensure that once anyone in a family has symptoms, the whole family locks down regardless. That may, of course, be easier for people in countries that have far more generous sick pay and income support schemes than in England, which comes bottom of so many tables.

Like the rest of Europe, we need access to sufficient, accurate tests. There are not enough tests to go around as the pandemic grows. Lateral flow tests are now seen as insufficiently reliable. Virologists and politicians hope that a newer antigen test will soon be available and give rapid results, rather like pregnancy tests do.

In the meantime, everyone fears that things will worsen. Governments all face the problem of dealing with anti-vaxxer campaigns. These are often targeted at poorer ethnic groups in cities where, in general, health and welfare are also poorer. Countering disinformation is far from easy. Governments have been too slow perhaps to bring leaders from those communities in to shape appropriate info campaigns for them.

The UK faces the same problems but owing to its pre-occupation with distancing everything from anything remotely European, it has not made best use of information freely available from the European Medical Agency (EMA) which is responsible for authorising conditionally the rollout of the Pfizer Biotech and vaccines. The EMA was based in the UK until Brexit. Its website has links to reports on its safety monitoring plan for Covid-19 vaccines and explains how the process works, how decisions are made, and what happens next.

The EU is to discuss concerns about the infectiousness of the so-called ‘British’ variant this week. How Ireland is managing is of particular interest.

We can and must do better. Politics must be trumped by ethics and medical evidence. Given the profound health and socio-economic inequalities already faced by intellectually impaired people and their carers, shouldn’t they be a higher priority for covid jabs now? Protect them to protect us all.

David has lived and worked in Yorkshire for over 20 years in both technical and higher education. He describes being struck by the socio-economic inequalities that are reflected by the educational aspirations for all our children and young people. He says it’s time for us to re-address our definitions of decent living standards and the accountability of our local and national governance.