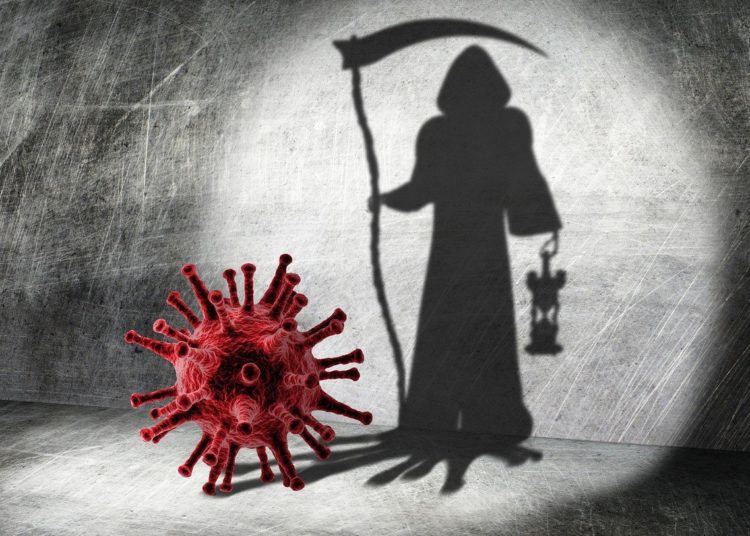 Image by Henrikas Mackevicius from Pixabay

One group has suffered most during the health crisis and the government has let them. In the very early days of the pandemic, when cases in the UK were still counted by the dozen and the prime minister was still suggesting we could “take it on the chin”, reports of covid deaths came with a supposedly reassuring caveat: each victim, we were told, had an “underlying condition” that made them more susceptible.

Their deaths could be partly explained by some pre-existing disadvantage they had brought into hospital with them.

Some 18 months later, the tragedy of a body count 600 percent higher than the government’s hoped for “good outcome” together with an infection rate still comfortably the highest in Europe, has allowed us to pin-point exactly what the greatest of these disadvantages are.

The facts are stark; the underlying condition most likely to leave people vulnerable to covid is poverty. It’s a condition created by government policies and it’s deadly.

The poorest fifth of the UK population are over twice as likely to be killed by covid than the richest. Having a postcode in any of the 30 percent least-affluent local authorities effectively doubles your chance of dying from the virus. People working in low-paid occupations are more at risk. For example, meat packers and care workers are twice as likely to die as managers or directors.

In their recent book The Unequal Pandemic; COVID-19 and Health Inequalities, Professors Clare Bambra, Julia Lynch and Katherine E. Smith explain how historical health inequalities have combined with the pandemic to exacerbate the impact of the virus on those who were already suffering the most. This “syndemic” has exposed how the political decisions which have produced and maintained health inequalities have led to terrible outcomes for the poorest in our country.

Of course, covid has attacked all sections of society, but while the virus may not discriminate, government policy certainly does. Alongside those on low incomes, the groups most affected, have all endured restricted access to health care for generations. So, northern areas of the UK have suffered more than those in the south while, horrifically, black Britons face a death rate three times higher than their white counterparts.

Put bluntly, how likely you are to die or get seriously ill from covid is largely dependent on what you earn, how you earn it, where you live, and the colour of your skin. Put even more bluntly, a decade of austerity has stripped these communities of their resilience, leaving them, literally, in no fit state to fight off the virus.

As Margaret Whitehead, professor of public health at Liverpool University, wrote in her editorial for the British Medical Journal (BMJ):

“In the decade immediately before Covid-19 struck, there were extremely disturbing trends in health emerging in England, an unprecedented rise in infant mortality, mental health problems and stalling life expectancy, especially for the poorest areas. The pandemic arrived in the middle of this worrying scene and amplified existing inequalities”.

We’re not all in it together

So, when multi-millionaires like Chancellor Sunak tell us that, “we are all in it together” before pinching £85 from people’s universal credit, they’re ignoring the very science they keep insisting they’re following. “If the COVID-19 pandemic taught us anything” says Scott Greer of Michigan University, “it’s that we are not all in it together”.

This inequality was entirely predictable. Whether it’s the flu pandemic of 1918, Ebola or  HIV, health crises have always hit the poorest hardest.

But apparently, for those making the life and death decisions, the lessons of history just aren’t clear enough. Time after time enquiries such as the Black Report (Inequalities in health; 1980) and The Marmot Review (Fair Society Healthy Lives 2010) have cried out for reform but the situation has simply deteriorated.

During the 1918–19 flu pandemic the UK recorded about 1 percent of global deaths, now with a smaller proportion of the world’s population, it accounts for 5 percent. As Professor Kate Pickett of York university says, “If our political leaders had been paying attention to the science before the pandemic … fewer of us would have died during it”.

If the government took decisions knowing about these unequal outcomes, does that mean the terrible death rate during covid was a political choice as well? That may seem like a conspiracy theory bred in some dark corner of the internet, but if the prime minister is willing to let “bodies pile high in their thousands” and write off anyone over 80, then anything’s possible.

Add ministers using a national crisis to enrich their friends and a Health and Safety Executive that refuses to shut down a single covid infected workplace because they don’t believe the virus is “serious,” and you begin to wonder.

Post freedom day, how many covid deaths are acceptable?

Now, in our post freedom day world, while the Lancet describes the government’s approach as unethical, the government talks about an acceptable number of covid deaths. The 18 months of experience means they know exactly who is going to die, the only question is, how many covid deaths of the most disadvantaged would they consider to be acceptable?  The concern is their answer might be, as many as we can get away with.

The idea of a government pursuing policies that are certain to kill its own population is called social murder. Engels used the phrase to describe the slums of 1845, but there are those, like Kamran Abbasi, executive editor of the BMJ, who believe it’s just as relevant to the ICU wards of 2021. “The social murder of populations,” he says, “is more than a relic of a bygone age. It is very real today, exposed and magnified by covid-19.”

John McDonnell MP and Dr Chris Grover, head of Lancaster University’s sociology department, have both described recent social policy in this way, while Zarah Sultana, the wonderfully formidable MP for Coventry South has no hesitation in calling the covid deaths of working class people social murder.

“It has killed unequally, been experienced unequally and will impoverish unequally. These health inequalities, before during and after the pandemic are a political choice – with governments effectively choosing who gets to live and who gets to die.”

The Unequal Pandemic: Covid 19 and Health Inequalities is published by Bristol University Press