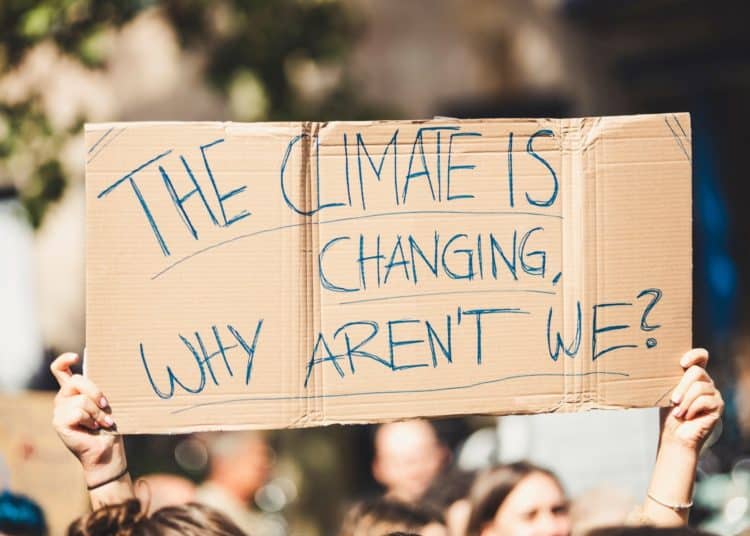 In June 2021, the Climate Change Committee released its report into the reduction of emissions and adapting to climate change. According to the report, the UK has made significant progress in reducing emissions. But in order to reach its ambitious goal of carbon net zero by 2050, the government must act now.

Every month of inaction is delaying their ability to reach goal. The same month, an updated climate and ecological emergency (CEE) bill was introduced to parliament, to create a legal requirement for the government to reach current climate and nature targets.

What is the climate and ecological emergency bill?

According to the campaigning group Zero Hour, the CEE bill “was first developed with members of the successful ‘Big Ask’ campaign (a Friends of the Earth initiative which led to the Climate Change Act 2008), Power for People and with contributions from eminent scientists, academics and lawyers”.

The private members bill was first introduced to parliament for consideration in September 2020 by Caroline Lucas, Green Party MP for Brighton Pavilion.

The bill failed to pass, but this did not deter the campaigning group or its supporters in the House of Commons from reintroducing an updated version in June 2021.

With its second reading set for 10 September, the bill’s contents include:

So far, the EEC bill has garnered the support of 103 councils across the UK, including three Yorkshire councils that have passed motions to recognise and support the bill.

Shipley Town Council is one of the Yorkshire councils to express support, criticising the government’s lack of sustained action and the negative consequence of temperature rises set out in the 2018 ICCP report.

“Shipley Town Council supports the Climate and Ecological Emergency Bill. Humans have already caused irreversible climate change, the impacts of which are being felt in the UK and around the world. The current UK target of net zero by 2050 is not satisfactory.

“The increase in harm caused by a rise of 2°C rather than 1.5°C is significant as is described by the Intergovernmental Panel on Climate Change’s Special Report on Global Warming of 1.5°C published in October 2018.

“The costs of failing to address this crisis will far outstrip the investments required to prevent it. Investing now will bring many benefits in the form of good jobs, breathable cities and thriving communities.”

“I was delighted when Shipley Town Council agreed to support the CEE bill earlier this year. This bill, if enacted will require the UK to go further in tackling the climate emergency.

“Local Councils have an important role to play in tackling the climate crisis. By using their voice to raise awareness of the need to act now, councils can mobilise change in their area and influence government to do more. Only with urgent action can we hope to tackle the climate crisis and this bill will help make that happen.”

Shipley Council is not alone, Sheffield Council also passed a motion in March recognising and supporting the CEE bill.

Sheffield Council has already declared a climate emergency and is working towards Sheffield becoming a zero-carbon city by the end of the next decade. Action taken so far includes a report by the Tyndell Centre and a report by Arup engineering consultants to reduce emissions.

Support for the CEE bill is the council’s latest move towards achieving emissions goals and becoming carbon net zero by 2050.

“I am delighted we can say that Sheffield City Council now supports this important bill going through Parliament. Sheffield is now the largest city to join other councils that have formally resolved to support the CEE bill.

“I was very pleased the Labour councillors did not oppose our demand and that the council is now asking those MPs who have not publicly supported the bill to do so.”

Ilkley Town Council passed a motion in support of the CEE bill in February and issued this statement:

“During the discussion Town Councillors indicated their support for the measures in the draft Bill, and Ilkley Town Council then voted (without opposition) in favour of a resolution to formally indicate its support for the Climate and Ecological Emergency Bill.

“The town councillors indicated their support in recognising the serious impacts both locally and nationally of climate change and the need to act in order to reverse the negative effects through the government meeting carbon net zero goals.”

MPs from across the political spectrum have signalled their support. According to Zero Hours, the bill has garnered the endorsement of 115 MPs including some prominent names such a Diane Abbott and Clive Lewis.

The supporters include MPs from Yorkshire:

When asked about support of the bill, Barry Sheerman, Labour MP for Huddersfield, replied:

“Parliament declared a climate emergency in 2019, but actions haven’t matched the Government’s warm words. Confronting the climate crisis is the greatest challenge of our lifetimes. We need to take strong, decisive steps, like those outlined in the CEE bill in order to reverse the impacts of climate change.”

Rachael Maskell, Labour MP for York Central, believes the bill is necessary in combatting the climate and environmental challenges that we face:

“We are in the midst of a climate and environmental challenge, and Government are yet to show their understanding of the catastrophic consequences of not taking immediate and extensive action. The acceleration of temperature increases, extreme weather events and the loss of species is alarming and should cause Government to do all within its power to diversify transport, energy, housebuilding, and manufacturing to focus on reducing our carbon footprint.

“The Climate and Environment Emergency Bill slams the brakes on the continuity of a consuming mindset and calls for significant actions to be taken to halt the degradation of our planet and to start restoring our natural environment. Such legislation is well overdue.”

The full list of supporters from parliaments, local councils and businesses can be found on the Zero Hour website.

The need to take drastic action to cut emissions and help combat climate change influenced by human activity on both a local and national level is necessary to reverse the serious negative impact as outlined in the government and IPCC reports.

The CEE bill is a step towards ensuring that current climate change and nature goals set by consecutive governments is met.