A significant environmental impact is left on Yorkshire beaches, impacting livelihoods of communities and industries, with no one accountable. 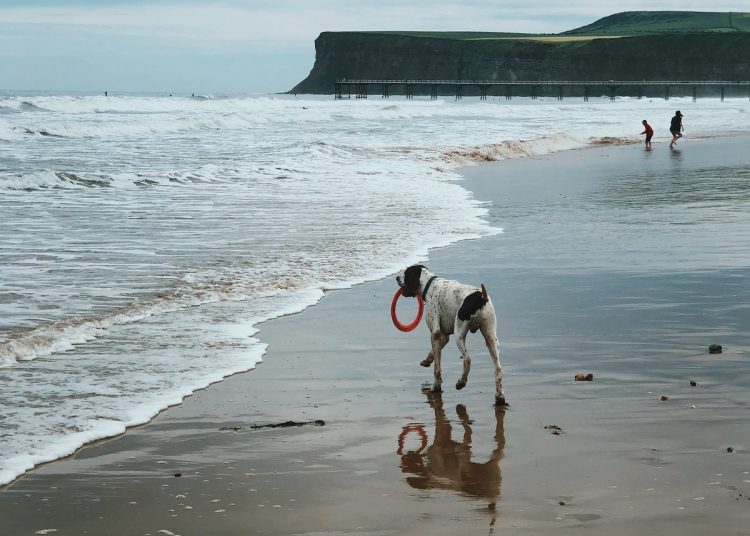 With thousands of dead crustaceans being washed ashore on Yorkshire beaches and with vets having to treat rising numbers of ill dogs, after trips to the beach, the root cause of this mystery continues.

Marine deaths were first reported in October 2021 and an investigation was launched by the Environment Agency. Worried pet owners soon began to notice vomiting and diarrhoea in their dogs after trips to beaches along the east coast, including Bridlington, Hornsea and Scarborough. Four months later and reports are continuing of the mystery dog illness further inland in Wakefield, Bradford and Leeds.

A number of theories have been suggested to account for this.

Algal blooms are the result of a nutrient entering the ecosystem and causing excessive growth of algae. These ‘blooms’ can happen rapidly and can affect the whole system. They can block out sunlight from reaching other organisms leading to a depletion of oxygen in the water, which in turn can lead to fish die-offs. However, we don’t see marine die-off in all cases following an algal bloom and the size and location of any such bloom would need to be considered.

Barrie Deas, chief executive of the National Federation of Fishermen’s Organisations (NFFO), suggests that an algal bloom might be the root cause, but cautioned that, while scientists are investigating the various possibilities of contamination or disease, it was really too soon to comment on causes and consequent implications.

He told me that the NFFO wanted to raise the political profile of this problem and to ensure that an evidence-driven approach was followed. This would involve landings and the values of these being compared with landings at a similar time in other years – though being cautious about using covid years as comparisons. Mr Deas also commented that there would be a focus on financial support if this continues and highlighted that this reduction in catch owing to die-off was still a priority for fishermen today.

Hypoxia and dead zones around the UK

When dead algae decompose after a bloom, oxygen is consumed, lowering the level of oxygen in the water. This lack of oxygen – ‘hypoxia’ – can cause entire ‘dead zones’ in the ocean.

The latest European data is from 2017 and it appears to indicate that in this time period oxygen levels have not been at dangerous points around the east coast of the UK. It may still be possible that a recent large algal bloom occurred over the last year causing an isolated pocket of oxygen depleted ocean near the coast, which could have resulted in the marine die-off. It can be confusing to refer to algal blooms as a ‘natural phenomenon’ when their frequency and intensity are increased by nutrient pollution.

The effectiveness of dredging can increase nutrient and phosphorous pollution. David McCreadie, a retired marine biologist, believes that dredging could be to blame, after noticing a vessel dredging in September, the month before dead marine life began to be reported. He claims that, “I am 99.9% certain that this week-long dredging operation unearthed some historical toxins”. If it is discovered that this has indeed been contamination following a spoiled dredge, then there would be implications for the company responsible for it. 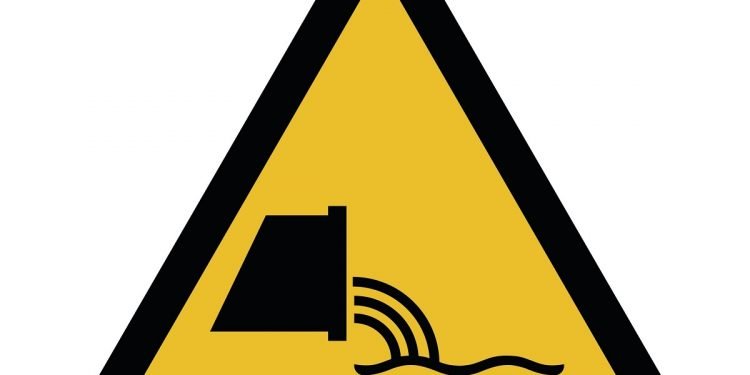 On 19 January 2021, the Environment Agency released its most recent data on the quality of bathing water at designated bathing areas around the coasts. The bathing season runs from May to September each year, so unfortunately there is an absence of data regarding the quality of the water from October on, when these animal illnesses and marine life die-off were reported. Despite asking the Environment Agency for any data that they did collect during their investigation, this was not forthcoming by the time of print.

The Environment Agency categorises the quality of bathing water as ‘excellent’, ‘good’, ‘sufficient’ or ‘poor’. An excellent reading would be an amount less than or equal to 250 ‘colony forming units’ (cfu) per 100ml for escherichia coli or E-coli (EC in the table below) and under 100 cfu per 100ml for intestinal enterococci (IE in the table).

Robin Hood’s Bay was definitely an outlier in July of 2021 with readings of EC and IE exceeding 10,000 cfu per 100 ml. Scarborough South Bay in August was also shocking with a reading for E-coli of 1900 cfu per 100ml and an IE reading of 3000 cfu per 100ml. It is definitely worth remembering that 100ml is much smaller than a standard ‘small’ wine glass.

Uncertainty and loss of trust

A significant environmental impact is left, affecting the livelihoods of communities and industries, with no one accountable. It is possible, of course, that the gastroenteritis that we have seen in dogs visiting beaches and the marine die-off may be unconnected, even if they have happened at approximately the same time. Perhaps E-coli is the cause of the impact on dogs and a geographically isolated algal bloom of the marine die-off.

However, the fact is that public trust is eroded in the safety of beaches and coastal waters and when this happens, uncertainty can grow. The public still don’t know whether it’s safe to take their pets onto Yorkshire beaches and enjoy the use of them.

If this impact to the environment has a natural cause, then that would be unusual. If it has a human cause, then, sadly, I fear holding the polluter to account will be difficult.