The decline in insect numbers is not normal, and it's very worrying. Humanity has wiped out the huge quantities of insect life in Britain. 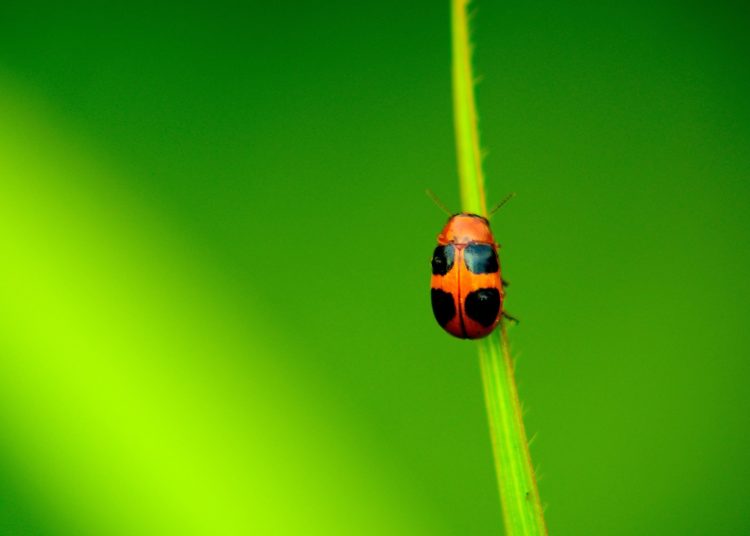 Photo by Neenu Vimalkumar on Unsplash

It is one of the easiest and cheapest wildlife experiments that can be done. It’s also one of the most revealing. All you need is a car windscreen, a journey, and a long memory.

Fifty years ago, if you drove a car through the Yorkshire countryside on a long evening, you’d be faced with a snowstorm of insects, splattering your windscreen so frequently that you would be forced to stop and clean it regularly. Now, you arrive at your destination and are surprised if you’ve encountered a single insect strike.

That isn’t normal. And it matters.

What’s happened is not that cars have got more aerodynamic and avoid hitting insects. It’s that humanity has wiped out the huge quantities of insect life in Britain.

Back in 2019, they did a very simple test in Kent. They put an insect strike detector on modern cars and on vintage ones. The modern ones hit slightly more insects than the vintage ones. So if insects were still with us in the same numbers, they’d still be hitting cars frequently.

Insect decline: the war on insects

One of the causes for the decline is that people have been trying to destroy ‘nuisance insects’ for over 100 years. The insecticide DDT was first used to kill off insects in the Second World War. It wasn’t long before it was widely in use in agriculture. It rapidly proved problematic for birds and for humans and so, after a long hard fight, it was eventually banned.

In its place came new generations of chemicals. Which caused new problems.

Each wave of inventions has been accompanied by very plausible publicity about how sophisticated and targeted the latest discovery was going to be. Each time, those promises have proved to be false.

Take, for example, the most recent wonder chemicals: neonicitinoids. These work by embedding into the actual seed of the plant a pesticide that disrupts the nervous system of any insect that tries to feed off the plant. We were told that it would enable plants to be protected without doing any damage to the wider environment.

Nothing could be further from the truth.

If you embed the active chemical in the very fabric of every cell of the plant then it also forms part of the pollen and the nectar that the plant provides for bees. When honeybees visit the flowers, they ingest a powerful neurotoxin that interferes with their ability to find their way back to the hive.

Worse still is the fact that when the plant degrades, bits of it get into the soil. Every teaspoon of soil contains more organisms than there are people in the world. Many of these creatures are vulnerable to neonicitinoids. No one knows how much damage has been done to soil health via the widespread use of neonicitinoids, because no one thought to do proper research before the chemicals started being sprayed.

The latest messaging is that we can have wonderful new breeds of plant that will facilitate much more precisely targeted insecticides, provided we just allow the scientists to use genetic engineering techniques freely. Given the mistakes that were made with DDT and with neonicitinoids, this is asking for a lot of trust. The chemical industry has a nasty tendency to issue information that’s more akin to optimistic advertising than to genuine objective scientific research.

Genetically engineering a plant means that every cell of that plant contains changes. The intention is to release those changed cells into the environment in a managed way. If a small unforeseen problem occurs, then it will take many years to remove the latest problem from our soil and our hedgerows. If a large mistake is made then a new breeding organism is out in the environment permanently.

All this potentially risky new technology is designed to support the continuation of some worrying agricultural practices. In parts of Yorkshire, and a lot more of the south of England, you can find mile-long fields. It is only possible to grow one single plant across a gigantic area of land if you cover the field with fertilizers, pesticides, and fungicides. In areas where all the hedgerows have been stripped out, there are few predatory insects left than can control insects that eat crops.

Similar problems occur with mass production techniques when they are applied to livestock. There are farms in Yorkshire, and a lot more in the US, where pigs or cows are locked into sheds for most or all of their lives, unable to move any distance and being fed a constant supply of products like soya beans that often come from cut down rain forests.

Those animals can only be kept healthy with antibiotics. Which means that we are rapidly exhausting the supply of effective antibiotics and increasing drug resistance. We know this will bring fatal consequences for humanity, but the practice continues to be widespread across the USA.

British agriculture is at a turning point

Farmers are often faced with a difficult choice. If prices are driven down by ruthless use of battery farming or relentless spraying of industrialised fields, then it is hard to survive on a smaller farm using more natural methods. A few can do well by selling to niche markets and people who care enough about what they put into their bodies to pay a premium price. But the average farmer is under severe pressure to adopt mass-produced methods or go out of business.

So, it must fall on the rest of us to subsidise those farmers to be able to grow food the way that many of them would like to do. I have rarely met a farmer who didn’t enjoy seeing healthy wildlife living in the hedgerows surrounding their fields. I have also rarely met one who didn’t understand the hard realities of economics.

British agriculture is currently at an important turning point. If a new trade deal is signed with the US, then the price pressure on farmers is going to be immense. They will be driven further down the road of using more sprays on our food and moving more animals off the fields and into intensive rearing facilities where they can barely move.

The alternative is to enable them to make decent livings by paying them properly for looking after the land. What do we want to see in Yorkshire? Fields without birds or butterflies. Food soaked with chemicals? Animals reared in sterile crowded sheds? Or farmers who are properly rewarded for growing healthy food in a healthy environment?

At the moment, Boris Johnson’s government is making a lot of statements about supporting farmers and protecting the environment. Unfortunately, it is also desperately pursuing new post-Brexit trade deals. If they get it wrong, farmers and consumers will pay a heavy price.

So will our local wildlife.

Trump, Facebook, democracy and rights: how to handle free speech in an age of information chaos 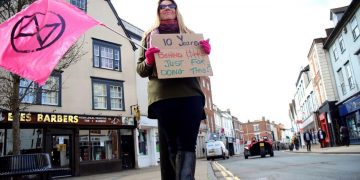