Rain and mud present problems for planting and hedge cutting, but Rob Francis gets a reward for agreeing to plant some thorny trees. 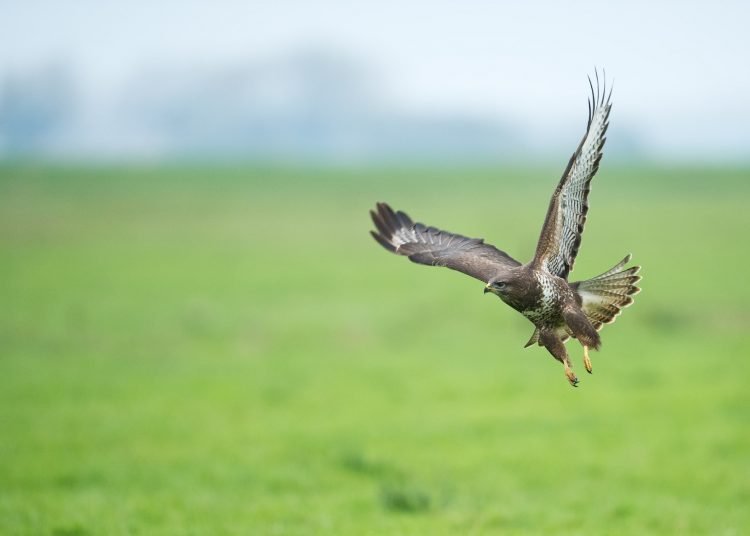 March has brought the annual choral society performances by the field’s song thrushes to declare that spring is open and so they are busy nesting already in the nearby ash again. And this year three pairs of thrushes provide morning and evening choral works of immense complexity and interest. So, from one pair to three pairs in four years and within half a kilometre! The hillsides resound and it gladdens the heart in these days of tragedy just 1,500 miles away in Ukraine, where nature will be shock and crisis, just as people are.

Going big with trees and shrubs

Here, in a haven for nature, the planning and commitment to change took time and in that first year we made the decision to go big on numbers with trees and shrubs. Why plant just a thousand trees when we could go for even more on the ten-acre land area? Nature needs all the help it can get now. So began invaluable consultations with staff from the Area of Outstanding Natural Beauty (AONB) association and other local nature experts.

The tree nursery team visited and plodded around the patch, too, and understood what we wanted in types of trees and shrubs. Let’s do 5,000 trees and shrubs, we said, all British native and none with thorns … and be as diverse with the planting mix as possible! Alders for the wet areas, sliver birch groves, hazel copses, a huge new 100 metre hedge with guelder rose, spindle, hazel, field maple and cornus.

Then, which trees? Alder buckthorn appeared on the list, with bird’s eye cherry, mountain ash with its jolly edible berries for thrushes and blackbirds, English oak, sessile oak, whitebeam and crab apple. Some grant funding helped, as we needed fencing to keep out itinerant sheep and field goats, as a footpath ran through the ten acres.

Planting (and definitely not singing) in the rain

In the wettest of February-March time, the planting and fencing team arrived along with thousands of one to three-year-old trees, known as whips. Their sizes ranged from under 60cms length for the youngest to just over 120cms for the ten percent most mature. Whip sizes were mixed to create diverse heights and ages of growth over the years. Big white bags containing the whips sprawled across the land, as did fence posts, wire, netting and gates, and of course, the mountain of spirals and tree protectors – nature’s reconstruction site in action.

Over the following two weeks, under endless streams of rain, the planting continued, and the site looked like a host of pale green vertical straws. We left several acres in and amongst the fields as just long grass areas so that barn owls and other birds of prey could feast on small mammals. So here nature could have its own bounty back, its own place, patrolled, of course, by the buzzards. 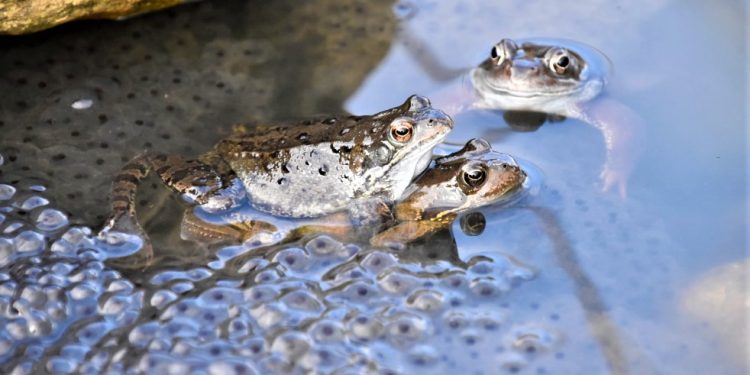 Yet more preparation was needed when we realised some key older hedge areas needed to be cut to prepare for the planting. Thus was invented the previously unknown sport of mud sledging.

Late February after a long period of rain, a local farmer despatched the young farmhand Tom with an aged tractor and hedge trimmer. He boldly drove up the slope with conviction but then in the next moment all was in disarray. I turned back to see young Tom slipping sideways down the hillside, shearing mud, clay and grass, and just missing some of the young whips in their bags. It was astonishing to watch but then I thought why not? If winter weather could turn the hillside into a suitable slope for snow sledging, then obviously rain would make it perfect for mud sledging!

But – amusement fading fast – would the tractor sliding towards the hill bottom manage to miss taking the fence with it on its now uncontrollable sliding journey? Yes! Fencing saved, as the tractor regained traction and Tom slowed it to a halt and a pause for thought.

Accepting defeat on the slope, we resolved to do the hedge cutting in the flattest paddock field. This progressed with its noisy percussive symphony at the paddock’s west and east ends. However, as the tractor tried to retreat post cutting, even the gentlest of inclines out of the paddock proved almost impossible for it. There was so little traction in the worn tyres, and with the clay-rich mud exposed by the tractor creating ruts, Tom was not going anywhere.

Unused to problems such as these and realising Tom was challenged on options, in a split second of creative thinking, we pulled out the posts of the paddock’s failing stock wire fence and laid them flat on the paddock exit areas. We were amazed, as luckily this provided sufficient traction for the tractor with its hedge cutter to slowly climb out of what was the flattest of paddocks and the most minimal of inclines to reach the exit gate. Dry mouthed and knees trembling at this unexpected sledging, we realised that growing bird and wildlife hedges wider would be far less nerve-racking.

Wider hedges would allow the hedges to reach their natural width rather than being given the number 1 barber cut with the hedge trimmers. Wide hedges allow for better cover for the birds from predators, and more food and nesting sites. They offer a motorway corridor to flit up and down rather than a single-track road and mean less cutting back work over the years. From a farmer’s perspective, wide hedges take two or more metres of growing space around a field.

The thrush has the last song as it sings from a wide and tall holly bush today … glorious and melodic to lift the spirit in these times.

Thorny trees for a choosy butterfly

We moved into planting plans for the range of whips, learning all the while which insects or birds benefited from them. The AONB adviser intrigued us with a suggestion of alder buckthorn, an incredibly shaped tree with the longest of thorns ever, and a rather hideous sight. So, why did we agree to 30 of these horribly thorny trees? Because the alder buckthorn’s leaves provide the single, highly specific food source for the very choosy brimstone butterfly caterpillar.

The following spring, we were caught unawares around midday by a flutter of yellow wings hopping, bouncing, stopping momentarily on shrubs in the garden and then flying off again. A brimstone! Amazed again in the next year by two more brimstone sightings and then, in year five post planting, eight brimstone sightings. The female brimstone had found the trees by smell and must have travelled a remarkable distance to lay eggs, as there are no alder buckthorns within a kilometre, we reckoned. But then butterflies travel thousands of miles, so a kilometre or two is only a single hop.

A thorny success, so what next?

An experiment with a difference, growing for more butterflies. It was worth the 4cm size thorns on the alder buckthorn, taking the advice to heart and just doing it. Worth the risk and experiment.

Now, what could happen next? Thoughts of a pond or scrape had emerged. Tales for another month!