In the latest instalment, Rob Francis describes the creation of a new scrape – laborious and tricky but with hugely inspiring results 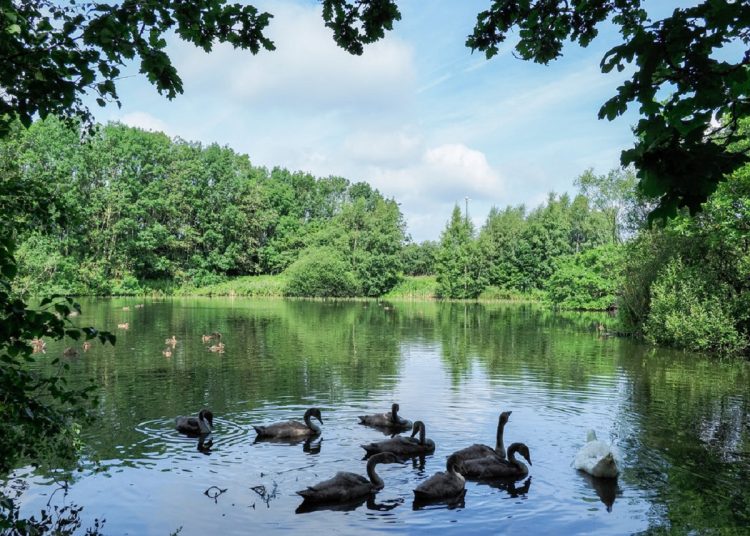 Photo by Trevor Littlewood on Geograph, licensed by CC BY-SA 2.0

Seven years ago, letting nature have space for its place in life was not part of mainstream thinking or action. So, when we shifted focus to creating a second scrape place, we were struggling, despite our learning experiences on the trial scrapes. We had to rely on incredibly useful British Trust for Conservation Volunteer (BTCV) books from the 1990s for diagrams, and YouTube videos from the United States on shaping, draining and repairing leaking ponds with bentonite (puddle clay). The videos were sort of useful – they helped us to understand that everyone struggles with ignorance in pond management! It seems every pond and scrape has a unique quality due to its location and surroundings. We were to discover more about this as Nick returned to create the large and ‘ideal’ scrape with the BTCV book in hand.

Learning to co-exist with invaders

Extensive inquiry revealed a lack of people with real experience of repeatedly creating scrape or ponds over time. Even when we found someone who had done it, there was little experience of the post scrape problems and issues, like blanket weed, Canadian pond weed, bulrushes and similar invasive plants. These first two unwanted plants arrived with the mallards who are normally the first investigators of ponds/scrapes for a little covert tête-à-tête in the growing pond vegetation. They also pull out and eat numerous young plants, so wrecking the emerging pond plant life. Not really welcome guests!

So, after four years, the trial scrapes were taken over by a range of invasive plants despite initial, constant remedial action to remove them. Somewhat soul destroying! We adapted and became tolerant of them in these scrapes as the plants we had planted like figwort, purple loosestrife, yellow flag, water mint and meadow sweet battled faithfully alongside them.

Over time in both these trial scrapes, the plants and ourselves had to accept a balance that we could all co-exist with, except when ‘the bulrushes got just too big for their roots’ and made a real take over. Then human action was required to reduce their volume at regular annual intervals. Bulrushes just love wet, muddy scrape bottoms with no physical or plant competition and just multiply. We discovered their nature value for birds as a stage on which to perform operatic singing to announce their territory, and for fluff collection of seeds for nest material or as an occasional morning snack! 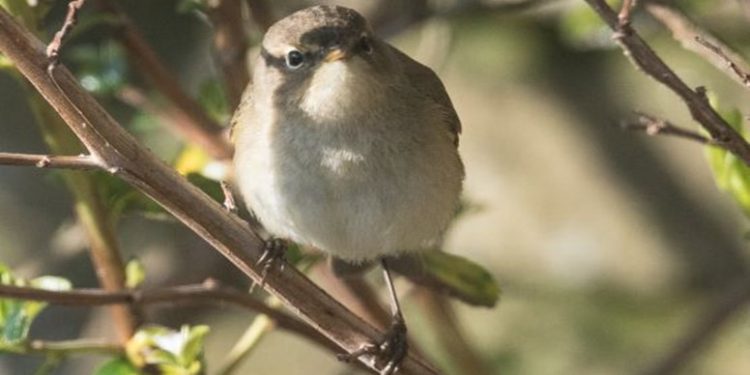 So now with experience gained of scrape creation, we set off with Nick to access another water course in the field which had earthenware pipes, to divert its flow into a new scrape area. It had sounded promising and indeed the BCTV ideal scrape – recommended size and shape, with varying depths and sloping edges for access for amphibians, mammals and birds – was created in a rich clay field. The clay was only up to 20 cms deep but centuries of sheep grazing and management made it very fertile. The careful scraping of clay to build up of one side of the scrape was held in place with the clay soil heap.

Our minds were thinking ahead, as the area where clay topsoil had been removed had potential now for a meadow, but not yet. So back to the scrape and the clay, now pounded into the bottom to help hold the water as it flowed in. It was all looking good. We had another few days’ wait to see if the clay had indeed like canals sealed the scrape. Some adjustment was needed with further clay lining on the sides and then it was declared sealed and approved. BTCV would have been proud!

Planting up the new scrape

Of course, we had in mind plans for planting native waterlilies into the scrape edges, and a range of native plants relevant to our local area. Then a few native trees, rowan and maybe crab apple, so adored by the mistle thrushes and blackbirds in the autumn. The plant list grew: marsh marigold, purple loosestrife, monkey flower, becabunga, figwort, water mint, numerous irises, maybe bog bean and native water lilies. We avoided meadow sweet, as give it a centimetre and it marches ten miles and anyway there was now loads already across the fields.

The task of planting the pond edges with these plants, and leaving dead ash tree branches in the water for insects and birds to use in numerous ways, was full of fun and optimism.

We needed some rocks and sizeable dead branches for dragon and damselflies that were already around, but few in number, to facilitate their breeding. Nick’s careful placement of several large sized cobbles in the centre for basking dragonflies and birds worked well.

However, native water lilies proved a step too far and never made it, and, for those who might consider them, the lesson we discovered is they hate alkaline water! We were using limestone underground aquifer spring water. Now we understood why they were so prolific in lochans in the Scottish Highlands – tons of surrounding acidic peat.

We were learning even faster from our observations of other wild nature areas locally. We became more aware of what plants and animals were operating where and when, and the harmony or disharmony going on. We became ever more aware of the sophisticated intelligence of nature and its amazing and brave decision making. We need to learn from this and use it. 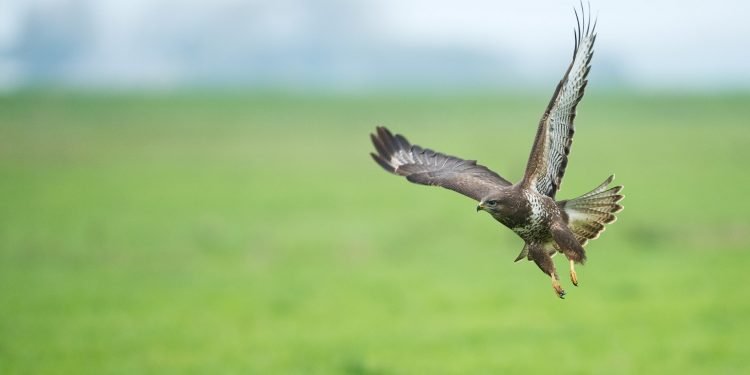 Tricky maintenance but nature moves in and inspires

The wait and watch began to see what would happen. Our attention was temporarily side-tracked by other issues in the fields, and then suddenly March was June and some blue damsel flies were flitting across the scrape. The first year the toads and frogs found the scrape in early March and tadpoles emerged in due course, so an exciting time.

Ongoing maintenance of plants meant containing the arrival of the bulrushes, obviously an intentional planting by mother nature! Bulrushes mean, as already mentioned, the equivalent of a mud wallow, so tricky messy stuff. We cut back some pond edge plant growth at the end of the autumn with a strimmer or brush cutter and unblocked water pipes to enhance steady spring water flow.

Blanket weed moved in around year four of the pond creation and has waxed and waned since. Containment of it is very tricky and difficult, as a regular physical removal is needed … So, yet another of the jobs to add to the pile and project enthusiasm wanes a little until … a pregnant female roe deer appeared after two years in early June to explore the fields and discover a quiet place to give birth. Imagine an early 6am or dusk time view of deer and young drinking at the scrape. Wow – moments that inspire.

Then this year, six years on in late May 2022, we were amazed, spellbound. Observing the scrape in a glimpse of a sunny hour, we saw over 50 damsel flies, common and blue, all in frenetic mode of mating and chasing each other. Then we were buzzed by a four-spotted chaser and a freshly hatched blue bodied chaser and we were totally in awe of the space we were sharing with nature. What amazes is the sheer numbers of these beautiful insects…. all so exciting and entrancing.

News highlights: greenfinches nested for the first time; tree sparrows nested, and numbers have doubled to around 20; four song thrush have nests within 150 yards of each other and the garden is cleared of snails; chiffchaffs are nesting in the field hedge and we have lesser whitethroat sitting on eggs.

Brimstone butterflies with their orange tip wow factor, are now a regular sighting on sunny days, and peacock and small tortoiseshell showed up at the end of the first week of June. Dreadfully cold for butterflies these last four weeks…… in May 2022.

So, why did hares come and stay on? Next time …