We all like hot, lazy summer days, but the UK temperature is rising rapidly. The risk to human life, as well as the impact on pets and wildlife, needs to be of paramount concern 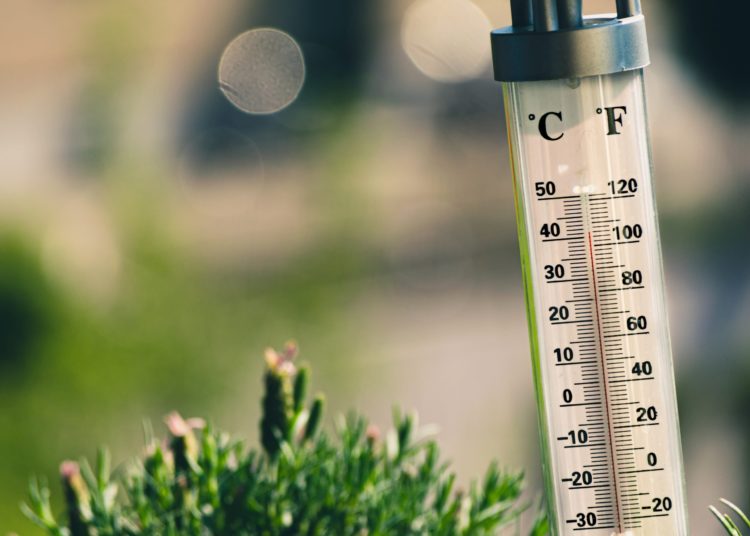 Photo by Jarosław Kwoczała on Unsplash

With the hottest 10 years in the UK since records began all occurring since 2002 and the country’s highest ever temperature, recorded in Cambridge in 2019, rising from 38.5°C in 2003 to 38.7°C, the UK needs to urgently prepare for the increasing likelihood of exceeding 40°C.

As reported in Nature magazine, “The likelihood of exceeding 40 °C anywhere in the UK in a given year has … been rapidly increasing, and, without curbing of greenhouse gas emissions, such extremes could be taking place every few years in the climate of 2100”.

The following figure from the article shows evidence of this alarming trend:

Other European countries, such as Belgium, the Netherlands, Germany and France, have already exceeded 40°C and to imagine that the UK will somehow escape this situation is to ignore the scientific studies that are alerting us to the raised frequency of these heatwave events.

The UK’s Met Office unequivocally links human-induced climate change to the increasing risk of heatwaves, for example in this graphic, which quantifies the link between climate change and the extremely hot summer of 2018:

The consequence is that “extremely warm summers in Europe, such as was seen during the European heat wave of 2003 which was responsible for 2000 excess deaths in the UK, are now expected to happen twice a decade compared to twice a century in the early 2000s”.

As noted in an article in the journal Environmental Research Letters, “Heatwaves are amongst the deadliest natural disasters facing humanity today and their frequency and intensity is on the rise globally”.

The risk to human life

The European heatwave of 2003 claimed approximately 15,000 lives in France and studies suggest that this is likely to be a conservative number. After this, the UK government released the Heat Health Watch system to issue warnings to public bodies, as well as the public.

The Climate Change Committee (CCC), which in 2019 strongly lambasted the government for the lack of action and progress with regard to emissions, has emphasised the need for urgent action in order to reduce the risks to human life:

“Vulnerable people are more likely to suffer increased fatalities from cardiac and respiratory disease during hot weather and heatwaves. The average number of heat-related deaths in the UK is expected to more than triple to 7,000 a year by the 2050s, in the absence of additional adaptation”.

They conclude that for many UK residents, awareness of overheating has not yet reached the action stage. “Most adults, including those considered most vulnerable to the effects of heat, do not consider themselves at risk from hot weather, and those who do not perceive the risk are less likely to take protective actions during a heatwave”.

The government has produced a Heatwave Plan (2015) to address and target improvements, but this has also been criticised for focusing too much on communicating information about heatwaves to the public in terms of advice, rather than being part of a long-term strategic environmental plan.

As well as the direct impact of rising temperatures nationally, the concern has also been raised by local press in recent years about water shortages and reductions on a regional basis. In 2020, the Yorkshire Post warned about drought fears in Yorkshire, with Yorkshire Water commenting that, “this good weather has meant we haven’t had much rain over the past few months and the levels of water in our reservoirs are lower than they normally would be”.

In a 2017 report on water shortages, the CCC warned that “The north west of England and the Yorkshire and Humber region are projected to be highly susceptible to supply-demand deficits, as well as London and the south east. However, deficits are projected in other parts of the UK as well, including areas of south Wales and the central belt of Scotland”.

However, 2021 may not follow this pattern. As of the end of March 2021, many Yorkshire reservoir levels appeared to be within normal ranges, with details given for lower levels. Fewston reservoir was at 84 percent, Eccup 91 percent, Huddersfield 96.5 percent and Swinsty 61 percent. Overall, the north west total was at 97.2 percent with the South of the region at 94.9 percent. Only the Hull area was at 74.3 percent, so the impact risk of several months of low rainfall before an excessively hot summer appears to be lower this year.

The issue of water supply and demand is, however, certainly complex and adaptation is needed to increase efficiency. One of the key national messages in a report on climate change risks for London is that without action we could experience serious consequences:

“Reductions in water availability, particularly during the summer, leading to more frequent water use restrictions and, in the longer term, water shortages. The gap between demand and availability will potentially widen, impacting homes, businesses, schools and hospitals. By the 2050s, between 27 million and 59 million people in the UK may be living in areas affected by water supply-demand deficits.”

The CCC’s report gave a stark warning to the industry and the public when it concluded that “stretching targets suggested by Water UK – and other measures to conserve supply and reduce demand – will [need to] be adopted to help manage the increasing risk of water deficits. If not, the risk of UK water shortages looks set to rise”.

Next month, the CCC will release two updated reports detailing how well prepared or otherwise the UK is for climate change. With risks to food and agriculture, energy security, transport, and economics on a regional level, as well as the psychological impact of the UK breaking the 40°C barrier, it is becoming clearer that we cannot just watch the mercury rise and simply hope that all will be well. Adaptation, strategic planning and action will all be required in order to save lives.

Brexit and the global fight against the climate emergency