The cleanliness of our rivers and beaches was driven by the EU. It's clear that the myth of a 'green Brexit' has now been flushed away. 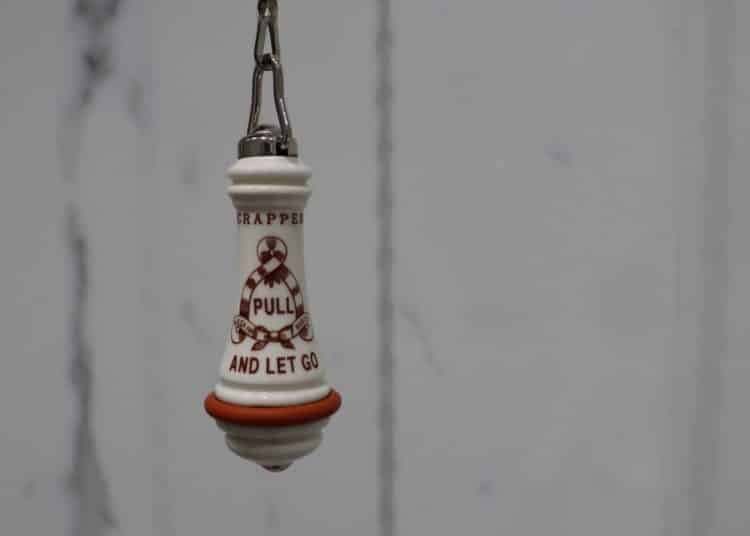 “Done properly, Brexit is a massive opportunity for our environment … the upside is enormous”, said the leader of ‘green Brexit’, Zack Goldsmith, shortly after the 2016 referendum. He was conspiring with Boris Johnson to thwart Theresa May’s proposed Brexit deal because it didn’t divorce Britain from its continent sufficiently to fulfil his potentate father Sir James Goldsmith’s vision of ‘UK Independence’.

So how ironic that Goldsmith’s green credibility was demolished in the House of Lords this week by the greatest potentate of all: the Duke of Wellington, descendant of the Iron Duke, who left the Tory benches in the House of Lords shortly before Goldsmith joined them on this same cause of Brexit. A former MEP of pragmatic disposition, the duke simply couldn’t stomach the Tory Brexit ideologues, not least because environmental protection was bound to fare less well once we stopped working on it in a common framework with the European Union. That’s even before COP26.

The duke destroyed Baron Goldsmith of Richmond Park – a Johnson peerage enabling Goldsmith to serve as environment minister after losing his seat in the Commons at the last election – on the issue of the dumping of raw sewage into England’s rivers and coastal beaches. Which is about as green, or maybe brown, as it gets.

There are three Brexit dimensions to what one Tory MP called “the challenge of ensuring that we do not treat the arteries of nature – our rivers – as the cesspit of humanity”.

First, Brexit is causing the treatment of sewage to regress from its already poor level. The Environment Agency, which lays down the rules on sewage treatment, has just issued emergency guidance exempting water companies and other undertakings from requirements to treat wastewater where they can’t procure the necessary chemicals. Its new regulations on ‘water and sewerage company effluent discharges: supply side failures’ begins:

“You may not be able to comply with your permit if you cannot get the chemicals you use to treat the effluent you discharge because of the UK’s new relationship with the EU.”

So the ‘supply chain crisis’ isn’t only closing petrol stations and emptying supermarket shelves. It is now leading to raw sewage being pumped into rivers and coastal waters where it didn’t happen before. An amateur film, which went viral this week once shown on BBC Breakfast, shows brown untreated sewage surging out of a huge pipe into Langstone Harbour, Hampshire, for 49 hours continuously. The clip only showed a few seconds of it, heightening the revulsion of the other 48.99 hours imagined but unseen.

Cuts to the Environment Agency

Then there is the Environment Agency itself, whose budget has been axed by two-thirds since 2010 as part of the cull of so-called ‘unnecessary quangos’ which is part and parcel of the austerity which so largely created the Brexit decade.

Sir James Bevan, the agency’s chief executive, told a Commons committee this summer that he would like to get back to the pre-Brexit position of ten years ago in terms of staff and equipment. In particular, “I would like to do more surveillance of water companies”.

Bevan made the astonishing admission that the Environment Agency now has sufficient resources to inspect barely half of the 15,000 known sewer overflows that discharge raw sewage into rivers after heavy rainfall. He said:

“[These overflows] are spilling more frequently and spilling larger volumes – that is likely to be because there is more development, more people and more sewage and because of climate change causing violent weather, more rain and heavier rain.”

The operative word there is ‘likely’. Because it is broken-backed by austerity and government neglect, the agency isn’t actually sure what is happening. And because its inspections and oversight are now so lax, water companies are flouting even the existing rules all the time. They take the view that occasional fines are far preferable to making the investments needed in water treatment plants required to limit their sewage discharges – even if, post-Brexit, they could procure the chemicals to service them.

Over and above all this is the regulatory regime itself, which in tackling the cleanliness of rivers and beaches has been driven by the EU over the last 30 years in the face of constant foot-dragging by British governments too influenced by the lobbying of dirty industry and the privatised water companies.

The Tory Party and #SewageGate

Nothing could illustrate this better than what actually happened this week, when 265 Tory MPs backed Lord Goldsmith in resisting the Duke of Wellington’s simple proposal to place a legal duty on water companies not unreasonably to dump raw sewage into waterways. Instead, green Brexiter Goldsmith wriggled around, arguing for new reports, targets, strategic plans, consultations – anything but the duke’s legal duty on water companies to act now to reduce the massive health and environmental damage they are causing.

My conclusion? “Done properly, re-entering the European Union is a massive opportunity for our environment, the upside is enormous”. And I nominate the Duke of Wellington to be Britain’s first European Commissioner of our second membership – for the environment.

Andrew Adonis is a Labour peer, and formerly transport minister, education minister and head of No 10 policy unit under Tony Blair.