Pauline Allon writes about the impact Brexit and the Australian trade deal could have on British farming; Australian meat could flood into the UK market with their cheaper meat, where animal welfare is not a priority. 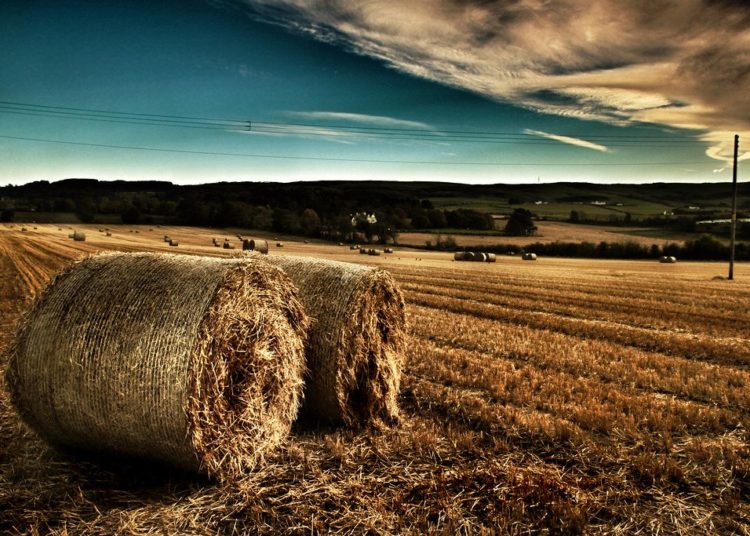 “Ayrshire Autumn” by grayeme is licensed under CC BY-NC-ND 2.0

In 2020 over a million people signed a petition from the National Farmers’ Union (NFU) demanding that UK standards in farming and agriculture are not threatened by future trade deals. But the government is not listening to the people who clearly care about the food that they eat.

Next month the government will sign a free trade deal with Australia. But important safeguards that should be in place to ensure that the deal will protect UK farming standards are missing, and the future of British agriculture is at serious threat.

Firstly, parliament does not have the power to scrutinise any deals, since MPs voted against giving themselves such powers. Secondly, the Trade and Agriculture Commission (TAC), set up by the government in July 2020 for a six-month period, submitted its final report in March and since then no new TAC has been formed.

Ramil Jayawardena MP, minister of state (international trade), said on BBC Radio 4 Farming Today (28/5/21) that a new TAC will be in place “soon”, but he was unable to say when. What’s more, when pressed on whether TAC would be able to scrutinise this deal before or after it is signed, he made it clear that the government reserves the right to make its own trade decisions “in the British national interest”.

He claimed that the government will safeguard British standards in farming and animal welfare. However, he also made the outrageous claim that “Australia has some of the highest animal welfare standards in the world”, so the lack of proper powers of scrutiny and veto is very worrying for both farmers and consumers.

What does the trade deal mean?

A trade deal with Australia is likely to allow tariff free access of goods into the UK market. There will be no import taxes or quotas (to limit imports), making Britain an attractive country for Australian beef and lamb exporters.

Australia is one of the world’s largest producers of beef and in 2019 exported £23.9m of lamb and beef into the UK, According to Jayawardena, this is insignificant and therefore not a threat to UK farmers. However, the chief executive of the Australian Agricultural Company has claimed there is scope for exports into the UK to increase massively, a fact denied by Jayawardena on Farming Today.

There is concern that the deal could therefore flood the UK market with cheap meat, either forcing farmers out of business or forcing them to reduce standards in order to compete. If farmers do reduce food standards, their ability to export to the EU market will be severely affected.

Boris Johnson’s determination to push for a free trade agreement with Australia contradicts government promises to UK farmers and consumers that farming standards would be maintained. As a result, the NFU are demanding answers to five urgent questions on what plans, if any, the government has to protect domestic agriculture.

Agricultural methods in the UK and are vastly different. In Australia, production methods favour low-cost intensive farming, whereas in the UK farms are generally smaller with strict animal welfare legislation. Mr Jayawardena’s claim on Farming Today that Australia has high animal welfare standards is not true.

According to the NFU, farms in Australia are large intensive industrial units where cattle can number up to 50,000. They are corralled in ‘feed lots’ where they are grain fed. They are also given hormone growth promoters, which are banned in the UK, to stimulate growth, muscle development and weight, creating welfare problems.

Chlorine is used to wash chicken carcasses which have been reared intensively, in the hope of removing bacteria such as listeria and salmonella, a process which again is banned in the UK.

According to the NFU, a cow in Australia can be transported for up to two days with no rest and water. This is illegal in the UK, where there are strict rules to protect animal welfare during transport to prevent injury and to ensure water, food and rest needs are met.

Australia exports animals in ships; for example, in 2017 640,000 sheep were exported to Qatar from Australia. In the UK legislation banning live animal exports is being considered.

In Australia, lambs can be subjected to a practice called ‘mulesing’ a painful procedure carried out involving cutting flaps of skin away from around a lamb’s breech and tail area to prevent flystrike, a procedure the NFU finds totally unacceptable.

The future of UK farming and farming communities

In a world faced with climate emergencies and the threat of future pandemics, the creation of a sustainable domestic farming policy should be at the top of the UK Government’s agenda, but it seems that this is not the case.

Instead, the government is driving towards a free-market economy, dominated by economies of scale. The inevitable slide towards large farms producing cheap, low-quality food will put small farms and rural communities at risk. Conversely, the EU is planning measures to halt the decline of small farms in order to protect rural communities and quality local food – a policy we could have been part of as an EU member.

The Australian deal will set a precedent. Future trade deals planned with countries such as Canada, US and Mexico will expect at least similar levels of UK market access, thus further establishing the free-market economy ideology.

We should all be concerned.

One additional area of concern with the trade deal between Britain and Australia, is that it may include a controversial and secretive legal system, which allows businesses to claim compensation from governments if their profits are reduced because of government policy.

ISDS can reduce the right of governments to regulate a business in the public interest if the earnings of the business are threatened, for example by a change in environmental or public health policy.

If an ISDS system is agreed between the UK and Australia, a situation that the UK government has not denied, a future UK government could be sued for large amounts of money by an Australian company if the company’s profits are threatened – for example changing agriculture from intensive production to a sustainable system to protect the environment from pollution.

It is not yet known how and if an ISDS clause will be included in the trade agreement, but as Nick Dearden, director of Global Justice Now, states: “Trade deals today are far reaching”. They can affect how we regulate food production, provide public services and how much we charge for medicine, and can seriously affect the kind of society we want to live in for many years because once agreed, these treaties are difficult to get out of – watch this space.