Is refreezing the Arctic a fantasy or a hard truth?

With the Arctic becoming perilously close to ice-free in the summer, will we only act when it is too late? 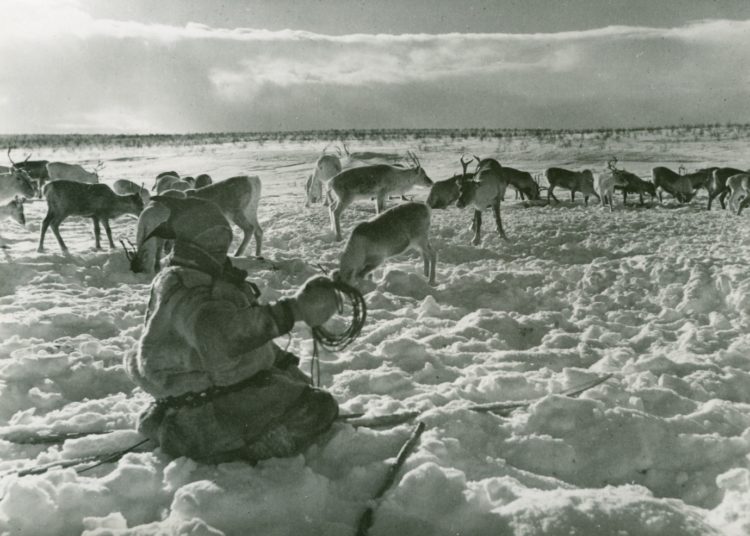 A sledder in the Arctic, image on Wikimedia Commons

There are some things in life that seem certain – death, taxes and the Arctic having ice. It is unfathomable to us that the Arctic ice could melt so that there is less that 1 million square kilometres, or a ‘Blue Ocean event’.

In the Climate Crisis Advisory Group report released at the end of July, the extent of the decline of Arctic sea ice was stark.

The report outlined the shocking reduction in just the last 40 years;

This Arctic amplification will then lead, as explained by Dr Hugh Hunt, co-director of the Centre for Climate Repair, to “the Arctic being summer ice-free somewhere in the next 10, 15, 20 years or maybe 5 years”. As Tara Shivarni, Associate of the Climate Crisis Advisory Group, points out in the same Channel 4 interview, “the pace is faster than ever predicted”.

Pinning down an exact year is therefore something that the scientists avoid, but there is agreement that the year when the Arctic is ice-free could be close, based on the increased rate of decline. With less ice, Arctic absorbs the sun’s heat and energy more rather than reflecting it (the albedo effect). This decline in reflectivity can speed up more melting.

We have also seen evidence of the increased melting of the Greenland ice-sheet reported recently in the Guardian, where they outlined that 8.5 billion tons of ice was lost on a single day, alarming scientists with regards to the impact on global sea levels.

When multi-year ice is lost and ice that is only a year or two old is left, this tends to be more fragile and therefore more at risk of melting, accelerating the rate even more. Ice loss in the Russian Arctic, close to the Kara Sea, has also been identified recently as another contributor to global sea level rise, with billions of tons of ice lost annually.

The impact to the Atlantic Meridional Overturning Circulation (AMOC)

In the film The Day After Tomorrow, the Atlantic meridional overturning circulation, or Gulfstream as it is more popularly known, becomes weakened, bringing catastrophic weather conditions into the plotline. Fact may mirror fiction, as there have been recent observations and warning signs about the potential collapse of the Gulfstream.

The melting of vast amounts of freshwater from the Arctic into the Gulfstream causes the water to become ‘lighter’ and less likely to be sink, which weakens the AMOC. As the gulfstream ensures that heat and energy are distributed globally, changes to its circulation could lead to a shutdown causing catastrophic consequences.

Possible solutions and refreezing the Arctic

Sir David King, head of the Climate Crisis Advisory Group, urges that solutions and processes that help delay the melting of the Arctic ice be adopted as a matter of urgency. He states in a Channel 4 interview that:

“Even at 1.2°C it looks like the Arctic has passed its tipping point – the ice will continue to be lost. Unless we step in, we could create a new class of climate migrants looking for somewhere else to live”.

He calls for a far greater reduction in emissions than we are achieving today, as well as leaving fossil fuels in the ground. He sees possible solutions such as marine cloud brightening, which could help reflect the sun’s heat away from the Arctic to slow melting, as a solution that “only buys time”. He comments that, “Without this [cloud brightening] – what are we going to do? We simply don’t have the time we need to reduce emissions down to pre-industrial levels”.

These geo-engineering options are controversial, with many scientists noting that they do little to stop emissions – the problem – and instead focus on the symptom. Geo-engineering is viewed by Tero Mustonen, a lead Intergovernmental Panel on Climate Change (IPCC) author, as being a “human rights question, as well as an ethical question and should only be used as an utmost last resort, when we have exhausted all other possible means”.

The next Cold War?

With an ice-free Arctic opening up sea routes for multiple nations, it is likely that we will see the geopolitics of this region becoming even more conflicted. Territory and resource exploitation for nations will become a priority even more than previously. It is over a decade ago now that a Russian submarine planted a flag four kilometres under the North Pole to attempt to claim more than a million square kilometres of seabed and the oil and gas reserves potentially there.

More than 400 oil and gas fields have already been discovered in the Arctic, with petroleum companies vying for profits. We have already witnessed oil companies taking advantage of emerging drilling technologies to keep parts of the permafrost frozen, so that they can continue to extract resources, rather than accept that this exploitation for fossil fuels is amplifying the problem globally.

With sea routes opening up for Russia to offer China access for resources, as well as fishing rights, it is conceivable that the three superpowers of Russia, China and the USA will aggressively defend their interests in the Arctic.

An ice-free Arctic then does not only exacerbate global sea level rise, it threatens global security.