The world has lost a huge proportion of its insect life thanks to human activity. Hird's book explores the importance of Rebugging the Planet. 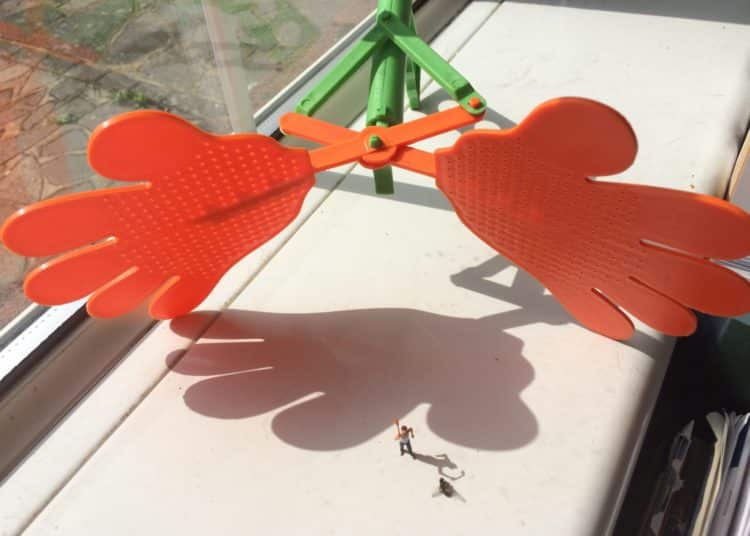 Asking for radical change in order to protect insects is not the easiest of arguments to make. Yet the hard fact is that this is what is now necessary. The reasons that people dislike ‘creepy crawlies’ are not hard to list: mosquitos and midges bite us; flies spread diseases; whilst wasps sting and wreck picnics. The reasons why we need them are less obvious but rather more important.

Why are bugs so essential?

Flies and beetles are essential if we don’t want to see the earth covered in excrement and dead animal bodies. Wasps are invaluable natural controllers of pests that do the job for free and don’t leave deadly chemical residues in the soil. Even mosquitos perform a useful function, as the males don’t bite but do pollinate important food crops.

Many types of insect larvae are essential for soil health and without good-quality soil, nothing much grows. Then there’s the huge potential for human technology in studying all the wonderous materials that insects use to construct their bodies and the complex cocktails of unexplored treasures that make up their defence mechanism.

Yet the case for the defence shouldn’t depend on utility. There is beauty and wonder in the complex designs of insects that fascinates the child in us. The right for other species not to be driven extinct ought to be a given.

After evolving from giant relatives that flew 330 million years ago, dragonflies survived several catastrophic mass extinctions. It shouldn’t be necessary to make a case to stop us wiping out something that has been around for so long and is so exceptionally intricate. Yet even an insect as wonderful as the Monarch butterfly, which famously migrates thousands of miles, has seen a 99 percent drop in its numbers because of the casual spraying of insecticides on its food plants.

The world has lost a huge proportion of its insect life thanks to human activity. An important study conducted in Germany (published 2017) found a 76 percent reduction in the biomass of summer flying insects over a 27-year period. In other words, only a quarter of the insects were left. If that sounds alarming then it’s important to remember that 31 years ago we were not living in a pristine natural environment. The vast bulk of the destruction of insect life had already taken place.

In the period after the Second World War, intensive agriculture really took off. That was the time when spraying DDT became the norm. Rachel Carson wrote Silent Spring in 1962, in order to document the scale of the loss. So, we have a major new decline on top of an already massive one. Instead of halting the decline we have enhanced it. Each generation for decades has seen another kick in the steady destruction of insects. Billions of individual creatures are missing from the eco system.

Rebugging the Planet by Vicki Hird

So rebugging is a concept whose time has come. The entomologist and campaigner Vicki Hird, who is head of farming at Sustain, has a new book coming out this month that explores the importance of Rebugging the Planet. It ought to be a must read for anyone who cares about their environment or enjoys walking through the countryside.

Hird manages the difficult job of writing an enjoyable book which explains just how different land management needs to be if our exploitation of nature is to be turned into a balanced partnership with it. She entertains us with fascinating information about the astonishing variety of insect species at the same time as driving home a very clear message.

Her evidence is compelling as she builds a sound logical case that it isn’t possible for human beings to have a healthy relationship with their environment without organising a serious rethink about how our food is grown, how our economic system works and what our political parties focus their attention on.

We need a system rethink

No one rational would invent a food supply chain that flew in produce from across the planet yet ignored locally produced seasonal food that happens to be imperfect. No sane society would bring up children who don’t know where food comes from or how to grow and cook it. And no genuinely credible economist could justify establishing massive plantations of soya or of palm oil on land that used to be a rainforest, in order to provide slightly cheaper contents for sugary biscuits or over-processed ready meals.

System problems like that simply can’t be fixed by individual consumer choices no matter how powerfully people are educated. It requires a major change in our political and economic priorities and clear thinking about how to incentivise producers, distributors and consumers to switch to more sustainable approaches.

We are growing used to the idea that the climate crisis has to be handled as a genuine emergency if we are to secure our future. We need to get every bit as serious about the destruction of wildlife that our lifestyles have engendered. It shouldn’t need a new book to get across to us the obvious truth that we need to live alongside all forms of wildlife as lightly and as successfully as we possibly can.

Unfortunately, when it comes to insects it does. I strongly recommend everyone to read Vicki’s book. And to put away their Roundup spray bottle and start asking their council why they are cutting the verges quite so neatly quite so often. Then vote in a government that recognises that a healthy economy can only survive inside a healthy environment.