UK rivers are badly affected by sewage pollution. Campaigns have been taking place for a long time to increase protection for waterways. 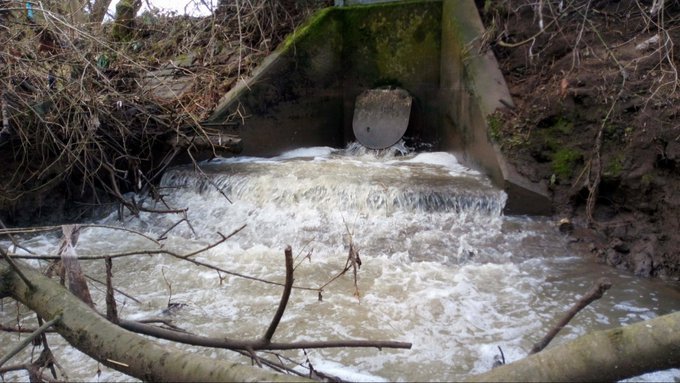 Data released this week by DEFRA reveals that water companies have discharged raw sewage into UK rivers more than 400,000 times, or for more than 3.1 million hours in 2020. This is an incredible unchecked increase from 2019 and reveals the true scale of sewage pollution in UK rivers.

The impact in Yorkshire

The impact in Yorkshire is shocking. The total duration of all sewage spills ranges from 3,773 hours (157 days) in Pateley Bridge, to 610 hours (25 days) in Harrogate. Far beyond the ‘exceptional circumstances’ permitted by the ruling of the European Court of Justice.

Ellen Lees of the campaign group We Own It said: “Rather than paying out billions to shareholders, the water companies could have been investing in the infrastructure the system needs.”

Robert Lattimer, from Whitburn, has for a long time been pushing for the UK government to protect rivers and waterways. In 2009, the European Commission made a formal complaint to the UK and issued written warnings, regarding sewage deposit at Whitburn beach, as a result of Lattimer’s evidence regarding breaches of the Urban Waste Water Treatment Directive (91/271/EEC).

In 2012, the European Commission successfully took the UK to the European Court of Justice for its failure to fulfil obligations – and that discharges from storm water overflows caused the UK to breach a European Directive. The recent sewage discharges are not only shocking, but also should have been prevented if the UK government had taken action.

In the last few days, DEFRA released news stating: “Measures to reduce sewage discharges from storm overflows will be put into law, the government confirmed today (Monday 29 March), as part of an ambitious agenda to build back greener from the pandemic”.

The chair of the Environment Agency, Emma Howard Boyd, said:

“We all have a responsibility to protect our water environment and I am pleased to see government accelerating the delivery on its pledge to drive further improvements and reduce the reliance of the water sector on storm overflows.”

Although, this sounds promising on the surface, it misses the obvious point that the UK has been under a European legal obligation to protect our rivers since 2012. Although how this is regulated post-Brexit will be of interest.

In 2015, the WWF-UK, the Angling Trust and Fish Legal pushed for a successful judicial review in the High Court to protect rivers, lakes and coastal areas from further damage. Sir Andrew Collins, the judge in the case, said:

“It is obviously of the greatest importance that proper measures are taken as soon as possible to meet the obligations of the Directive. We all know our wildlife is suffering as a result of pollution and not only just wildlife, people as well.”

And yet six years on, UK rivers are polluted and damaged more than ever.

I spoke to Feargal Sharkey, a vocal and ardent campaigner on this issue. He told me that the recent revelations indicate, “the Environment Agency is utterly dysfunctional and serves no useful purpose”.

He bemoaned the “massive vacuum of political leadership” and pointed out that the silence, absence and inaction of Secretary of State George Eustice, has led to a lack of credibility in government intervention and government priorities.

Sharkey pointed out that the river system in the UK is now “an extension of the sewage system and has been exploited for profit”, when direction from the secretary of state to Ofwat could result in water companies stopping the practice of paying dividends and instead divert these funds to monitor and repair the sewage and river systems.

Sharkey’s concludes that the biggest obscenity is that individual taxpayers and interested groups keen to protect UK waterways, “put their trust and faith in the system and were abused by the industry which was there to protect them”.

What does this mean for our rivers?

Financial penalties to water companies are not having significant impact in enforcement.

Sadly, this list is not exhaustive, but despite these fines, water companies are not making the improvements to their systems. Indeed, the level of sewage of pollution of UK rivers is now at a record high.