A study revealed deeply shocking damage to soil from pesticide use. One issue is the inevitable spread of crop resistance to pesticide use. 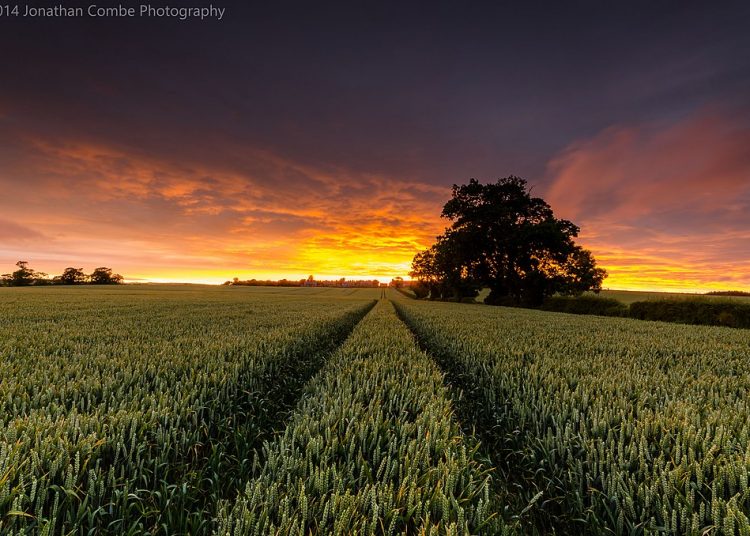 Jonathan Combe from Scotland, CC BY 2.0

On Tuesday morning I was preparing for the question I was about to put to new environment minister Lord Benyon on pesticide use in the UK by listening to an appropriate podcast, the New Books Network with David Montgomery, author of Growing A Revolution: Bringing our Soils Back to Life.

I’m not entirely aligned with Montgomery’s vision, particularly his focus on robot technologies. But his account of the development, in widely differing environments worldwide, of truly regenerative, agroecological farming methods, based on no-till and minimum-pesticide or no-pesticide regimes, offers some reasons to be optimistic.

I know from seeing increasing numbers of ‘traditional’ farmers at the Oxford Real Farming Conference that there is an understanding that there are established alternatives to the industrial models of monoculture that were developed in the 1940s and 1950s. These monoculture models have proved environmentally disastrous, both for soil health and the general state of nature worldwide, so it was good to hear his global perspective on progress.

A question of pesticide use

I needed that dash of optimism, for my question in the Lords was inspired by a study earlier this month in Frontiers in Environmental Science (FES) that revealed deeply shocking damage to soil fauna from pesticide application. The study brings together nearly 400 different surveys about this major contributor to the disastrously parlous state of the world’s soils – soils on which 95 percent of global food supplies depend.

And I knew what I was going to get from the government. Even though I’d given prior notice of the issue I would raise in the debate, there was no engagement with the science or the detail of the problem, just general talk about minimising risks and impacts, and “integrated pest management”. It was as though in a building left gutted and tottering by rogue builders, the same firm was promising to come back to fix it. And I got a somewhat illogical promise: “We are always wary of targets, but we are looking at implementing them.”

On show in many parts of the House, particularly the Conservative benches, was a narrow, reductive 1950s idea of ‘science’. The concept of innovation through agroecology, working with nature rather than regularly beating it into damaged submission, got a brief foothold during  Michael Gove’s stint as environment secretary, but has now disappeared into the (gravely depleted) long grass. Understanding that 21st century innovation means moving on from simplistic 20th century approaches is thin on the ground.

What’s happening in the UK is deeply concerning; the global picture likewise. Industry figures show an increase in sales of pesticides from 8.5M tonnes to 11.5M tonnes between 2008 and 2020 (and levels of toxicity are on a steeply upward trend.) An industry commentator notes: “The market may yet encounter environmental constraints in the future”. We can only hope so – this poison-soaked planet cannot take much more.

This farming model is unsustainable

What’s astonishing is that we know this is a model that cannot survive. That’s now deep in the mainstream of farming thought. For we understand that this 1950s idea of agriculture – with its dependence on pesticides and monoculture – is dangerously risky of food security and unsustainable in the most fundamental sense, even if we had an infinite expanse of soils to trash.

One critical issue is the inevitable spread of resistance to pesticides. This has been demonstrated in relation to fungicide use in bananas, one of the most vulnerable crops because it lacks biodiversity. The vicious circle has been summed up by Gert Kema, professor of tropical phytopathology at Wageningen University & Research:

“This reduced susceptibility of the fungus to fungicides is currently leading to a vicious circle of even more spraying in banana cultivation, which is further driving resistance to these fungicides in the fungus.”

The fungicides being used are largely in a group called azoles – drugs that are also used to control fungal diseases in human medicine. You don’t have to know a lot about antimicrobial resistance to understand the huge problem, and threat, that represents. It makes even the astonishingly dangerous mass use of antibiotics on collapsing US citrus crops look small scale in comparison to the danger posed by fungicide use. And fungicides have particularly bad impacts on earthworms, nematodes, and springtails, the FES study found.

Disappointing response from the environment minister

Disappointingly, but perhaps not surprisingly, the response to my question from Lord Benyon, just appointed to his post, was somewhat less sceptical of the agrochemical industry than Lord Goldsmith of Richmond had been in the debates around the agriculture bill.

The new minister has an unfortunate connection with pesticides: in 2009 a raven was found poisoned with the horrendously toxic and illegal Carbofuran on his grouse moor in Scotland. While wildlife minister under David Cameron, he declined to make possession of that pesticide illegal in England, as it is in Scotland. I’ve put down a written question asking if the government will reconsider, given continuing incidents of its use (and the threat it presents to humans, pets and all wildlife).

Plenty still to do

So there’s plenty to keep working on. It was encouraging in Tuesday’s debate to see the issue of neonicotinoid pesticides and bees raised several times. It was a sign that a strong, persistent campaign on an issue – even something that’s terribly hard to pronounce – can be successful.