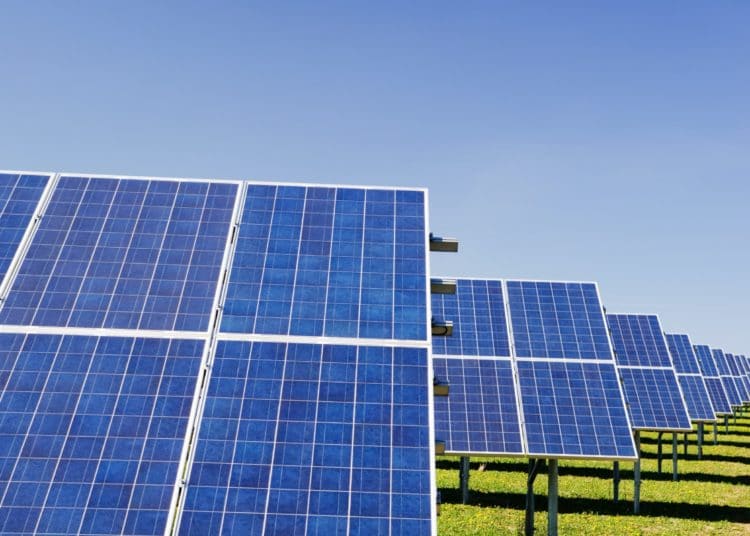 Photo by Zbynek Burival on Unsplash

Researchers at Oxford University department of physics have developed a new world-beating solar panel using the semiconductor perovskite. Perovskite is a semiconductor that can transport electric charge when light strikes the material. Oxford PV, an Oxford University spin-off, has spent more than a decade working on improving the efficiency of solar technology.

Renewable energy generates electricity without harmful waste gases that cause global heating, which makes it hugely important as we seek to reduce our carbon emissions to zero. The International Renewable Energy Agency reports there has been a 7.4 percent growth in renewable energy capacity in 2019, to 2,537 GW of electricity generated. Some 54 percent of the new renewable capacity was installed in Asia in 2019. However, since fossil fuels still provide over 80 percent of world energy, anything that can be done to boost further growth in renewables is obviously to be welcomed.

Perovskite solar technology is a new research field, which has only emerged in the last decade. Claims for the panels due on the market in late 2021, are extremely encouraging. These include a 20 percent improved efficiency rate over conventional solar panels, utilisation of the blue as well as the red part of the electromagnetic spectrum, bringing a double whammy of advantages in the form of cheaper electricity bills and a reduction in their carbon footprints. The electromagnetic spectrum is the term used by scientists to describe the entire range of light that exists. From radio waves to gamma rays, most of the light in the universe is, in fact, invisible to us.

Solar energy is a renewable energy source: there are no waste products, and it does not contribute to climate change. Oxford PV’s ultra-efficient perovskite will be incorporated into solar panels for installation on residential roofs. These new panels will be available for installation from 2022 in the UK and Europe.

“Achieving another world record is a fantastic milestone for our perovskite based solar cell, as it demonstrates that we are one step closer to the provision of highly powerful and lower cost solar energy.”

“Conventional silicon cells have reached their practical limit. The combination of a silicon cell and perovskite is the only way to drive fast adoption of solar PV in the world.”

Making solar energy more efficient will have a dramatic impact on the amount of renewable energy generated in the UK. Currently, solar power contributes just 0.6 percent of the UK’s electricity consumption over the period 2000–2019 according to government figures. A 1 percent efficiency improvement in the current installed UK base of solar power could provide the electricity needs of 150,000 homes.

Innovations such as this show how, globally, UK science punches above its weight. Our national record is good. In a wide-ranging article which examined our scientific research-to-innovation performance in detail, David Gann and Nick Jennings of the Guardian found that:

“In fact, if we adjust for the size of our economies, the UK now exceeds the United States in numbers of spinouts formed, disclosures of discoveries, patents and licences. In emerging fields such as low-carbon, the UK is forming twice as many spinouts per trillion dollars of GDP as the US. Employment growth by digital technology companies in the UK is five times faster than for the rest of the economy.”

They go on in their article to point out that in terms of invention, disclosures per £100m the UK (74) outperforms the US (58). Some 98 Britons are now on the list of Nobel Prize winners, a tally second only to the (much larger) USA; so it appears that in terms of scientific ideas, we are at the forefront. However, when it comes to what we do with them, that is where, traditionally, we have not been as successful as we might have been.

British universities are very aware of this poor record and many now have enterprise companies closely linked to their research interests, with senior staff bridging the gap with roles in both camps. This is a step forward and major commercial success is anticipated to follow on the back of this approach. What we now need is a pool of commercial leaders who have experience in leading the commercial scaling up of new science start-ups to enable them to achieve their potential under, hopefully, British ownership.

Deepmind is a good example of a successful AI company that was founded in London by a group of classmates and who are now world leaders in the field of AI innovation, and part of the Google group since 2014.

The perovskite solar cell development gives us an ideal opportunity to show a watching world that we can take good science, understand implicitly how it has the potential to change the world for the better, scale it up to a world leading manufacturing business and still keep it under British control. Such an outcome would mark progress in our attempt to marry our science and industry sectors to create a billion-pound industry on the back of British science. It would herald a new age of what Prime Minister Johnson hopes will be ‘Global Britain.’

The international market (China, India, USA, Africa, Europe) is potentially huge. Domestically, Oxford PV has provided a research idea that can help the government to hit its low carbon, sustainability target, which, as stated by Boris Johnson in anticipation of the Cop26 climate change summit in November is “to cut emissions (of greenhouse gases) by at least 68 percent by 2030 and to end the support for the fossil fuel sector overseas as soon as possible”.

Oxford PV have, to use cricketing terms, hit the ball up in the air. It should be an easy catch for a cricket-loving PM.

Let’s hope he doesn’t fluff it.