In this interview, Judy Ling Wong CBE describes her formative experiences as an artist and immigrant and how both affect her activism. 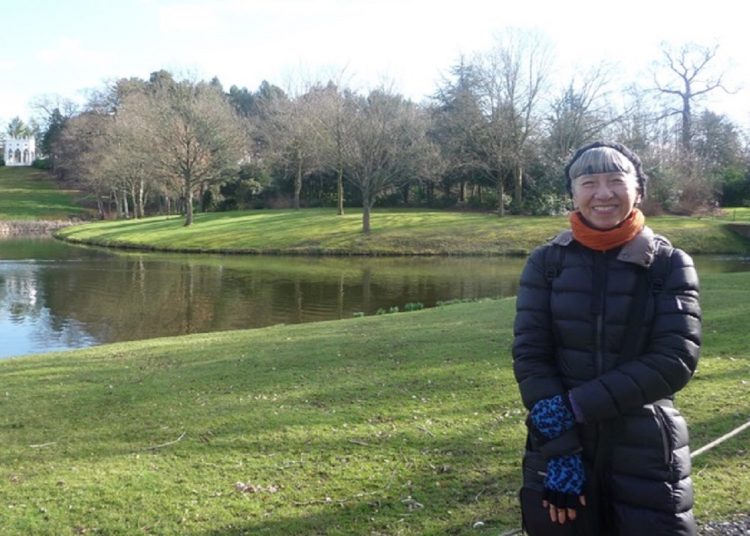 Over the past two years, there has been a lot of focus on the annoyances caused by climate activists, such as Insulate Britain and Extinction Rebellion. But does climate activism engage all groups equally across society and, if not, how can it seek to do this? These are questions that will be raised at the Leeds International Festival of Ideas in September in a panel discussion under the heading ‘What’s wrong with climate activism?’. Host for the discussion will be the eminent environmental activist Judy Ling Wong.

Judy Ling Wong had been working with environmental groups for most of her life. For 27 years she was the UK director of the Black Environmental Network and is now honorary president. In 2000 she was awarded an OBE for pioneering multicultural environmental participation. She has also made the Climate Reframe list of the 100 best-known UK BAME activists. In 2007, she was awarded a CBE for ‘services to heritage’, through shining a spotlight on ethnic contributions to British heritage and history.

Judy is a strong advocate for social inclusion in general, but specifically now argues for the need for minority voices to be amplified in climate change discussions. It’s a big issue, she says, brought up in COP26. And, as she points out, climate change is a global issue:

“I think we have to recognise that climate change is not something we can fix on our own in any country – it’s a worldwide issue. It’s not just the impact on nature, it’s the impact on people when we talk about climate change. Not to be too dramatic, it’s about the survival of the human race.”

A human race in which we are all connected:

“They’ve charted the human genome. It tells us that all of us are the same species, that we are one blood-related human family that has travelled across the world for thousands of years. We need to connect with other people globally to save the planet. The racism preventing us from achieving this, is nonsense.”

Sadly, however, she acknowledges that within environmental activism, “there is an atmosphere of exclusion and so minorities will not speak very much about themselves. But this is what we’re doing at the Leeds festival – giving platforms to marginalised voices, so that mainstream society hears these stories”.

A life in art

While Judy is known for her important work as an environmental activist, what came across in my interview with her was that many of her formative experiences and views have come from her background as an artist living and working in different cultural contexts. Her walls are decorated with an eclectic collection of calligraphy and paintings from a variety of countries, reflecting her lifelong passion for art.

Born and raised in Hong Kong, by the age of 12 she was already a professional painter, and by 1977 Judy was the first female master of the three Chinese arts: calligraphy, painting and crafting of runes. Creativity is a thread that has run through her whole life, communicating her appreciation of nature and the need to save it.

Her face lit up when I questioned her about art. “Creativity is very interesting to me. I’m also a poet and work with words. And it’s interesting to see the many ways these different mediums allow you to express something.  If you have a feeling that can’t be put into our limited vocabulary of words, you can learn more by exploring through art.”

Developing as a person and as an artist

At 15, she moved to Australia by herself as a Hong Kong immigrant. It was, she says, “a terrible shock to be suddenly in a western culture instead of a very Chinese-based culture of Hong Kong”. But it forced her to grow and, she says, “it forced me to expand my own personality”.

Chinese artists are noted for their wonderful depictions of nature, while Chinese philosophy – Daoism, Confucianism – stresses the relationship between nature and man. I wondered if this cultural focus on nature together with Judy’s travels had impacted her art.

“The impact of the landscape of Australia has had a great influence on me – the wide-open spaces, the very stark sunlight – and the landscapes from other countries also helped expand my own practice as I was able to capture more of the world”.

Judy later moved to West Berlin before settling in the UK. 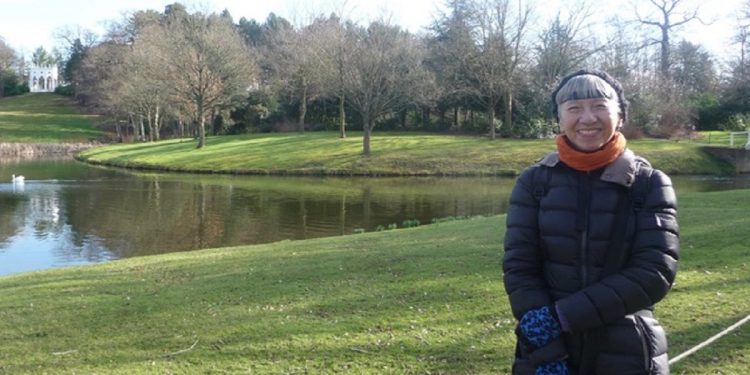 Cultural differences in being an artist

Not only has she had to cope with differences in lifestyle and language in the countries she has lived in, but Judy has also found that there are cultural differences in what it means to be an artist. As she explains, the art scene in Europe is very different from that in China:

“Art in China was very communal. Artists would meet in cafes, once a month. For example, in the group that I was in, they would do things like pin a big sheet of Chinese paper to the wall, and someone would start to paint something. Then other artists would take up the paintbrush and respond and paint something else. So, we had a communal artwork.

“It really expresses the spirit of the community, the sharing of responsibility, letting you know that you are not alone in this venture.

“Of course, everything I’m saying must be taken at its place in time; everything changed when Mao came to power in China and the Hong Kong I knew as a little girl is very different to the Hong Kong of the present day.”

Judy says that when she first came to the West, she was very lonely. I can relate to this myself. Although I’ve never moved to another country, moving from Newham borough in London to York felt very much like it. In the North – different people, different culture, code-switching pressures – I had a similar experience of loneliness.

Judy’s solution, drawn from experience, was to become a community artist and go out and work with groups. Building on this and on her own environmental interests, she became determined to enable ethnic minority communities to be fully involved in the mainstream of environmental policies and issues – hence her work with the Black Environmental Network. She is now intent on ensuring that minority voices are heard all across the climate change discussions and debates of our day.

Creating cross-cultural communities and networks is, of course, challenging. Not only is there the possibility of suspicion and gatekeeping from the majority community but also, simply in order to survive, immigrant families often create tight-knit and closed connections amongst themselves. Moving forward requires us all to be open to the unfamiliar.

Climate change: voices that need to be heard

Judy’s example of this concerns an invitation she received from a Bangladeshi colleague at Black Environmental Network to a family dinner. She was inclined say no, as she had gathered that inviting colleagues home was unusual in UK culture. However, in order not to hurt her colleague’s feelings, she went along. In fact, it led to her being brought face-to-face with the theme of her festival panel.

As she explains, after dinner they all sat down to watch the news on TV:

“It was depicting a terrible flood in Bangladesh. And you know what I saw? The family began crying.”

Describing this direct and deeply moving example of the impact of climate change on people whose voices need to be heard, Judy says, “This is what I want to bring attention to at the Leeds International Festival of Ideas”.

Judy Ling Wong will be hosting the ‘What’s wrong with climate change activism?’ panel on 24 September. Tickets are priced at £10.