Will COP26 be merely a photo opportunity, or will it herald a massive programme of genuinely serious and urgent action? 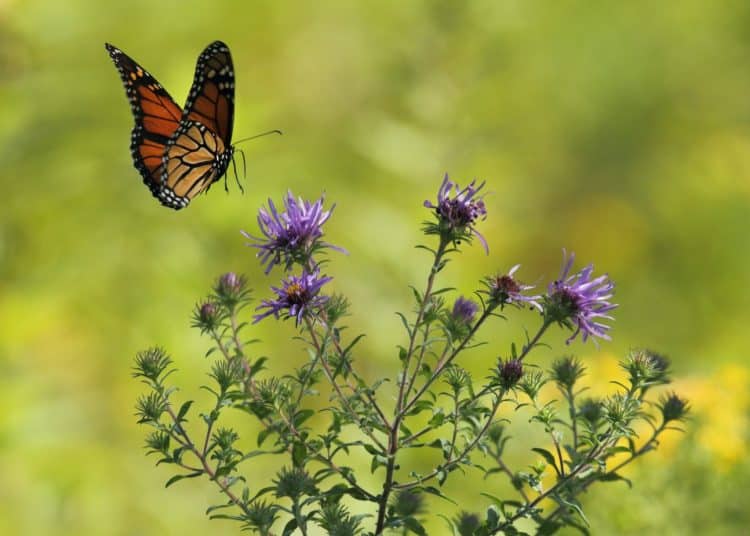 This planet contains a fascinating variety of wildlife. Yet, at the moment, humanity seems intent on killing it off as quickly and as comprehensively as possible.

For example, butterflies begin their independent life as tiny eggs on the underneath of leaves. They then hatch out into caterpillars who munch their way through life before some truly amazing things start to happen. They create a chrysalis inside which they shuffle almost every part of their body into a different shape before emerging as flying insects.

How they do that is still something of a mystery to science. We know that certain genes are turned on and off, but how exactly the whole process is controlled and precisely how metamorphosis developed is still not fully understood. Nor is it known how some species of butterflies manage to migrate for thousands of miles with several different generations following the same purposeful path. If a painted lady butterfly lands on a child’s hand in Britain then its great grandparents may have been born in North Africa, its grandparents in Spain, its parents in France and itself in Britain.

You would think that something as incredible as that would be treasured and protected. Yet we have wiped out most of the insect life that used to occupy Britain and even the famous Monarch butterflies that used to assemble in massive numbers in Mexico are arriving in smaller and smaller numbers. Apparently one of their key food plants is considered a bit of a weed and a quick spray with the commonly sold weedkiller Glyphosate can easily get rid of it. Whilst also killing off the butterflies that feed on it and putting the humans who apply it at risk of dying from cancer.

The air has been stripped of insects so completely that an insect strike on a car window has become a rare event. What has happened in the oceans has been every bit as bad.

The coastline of Britain used to be rich in large fish and maintained a truly staggering variety of life. Fishing communities regularly pulled cod out of the sea that were the size of the humans who caught them. Shoals of herring were so plentiful that entire coastlines were used to the sound of fishwives exchanging banter as they gutted and salted them to feed much of the nation through winter.

Now giant trawler ships have dragged metal cages across the bottom of our oceans destroying cold-water corals that take hundreds of years to form and ripping out sea kelps where young fish spawn.

Failure to protect the natural world

Britain has declared almost a quarter of its coastlines as protected spaces. Yet the vast majority of that ‘protection’ isn’t worth the paper it is written on. Large trawlers can still enter most of these zones and none of them have adequate patrols from either the coastguards or the navy. Some 97 percent of the protected marine areas have been bottom trawled. Despite all the money wasted on aircraft carriers the British navy is completely incapable of protecting British waters from giant trawl ships devastating supposedly safe sections of our oceans.

In Australia, things are even worse. They have already destroyed over half the coral on the Great Barrier Reef and the government there shows few signs of ditching coal-hungry policies despite fires and droughts that have already become frighteningly intense.

On the land things aren’t much better. Britain has one of the lowest percentages of its native biodiversity left in the whole world, with 50 percent of it having gone since systematic record keeping began. It has removed over half of its hedgerows since the Second World War. Britain has an exceptionally low level of tree coverage, and areas that we consider to be of outstanding natural beauty – like the Yorkshire Dales – are in fact landscapes that have been stripped of tree cover over generations and then exposed to over grazing from intensive rearing of sheep.

Over 17 million kilograms of pesticides are sprayed onto our fields every year. One of the prime causes of the reduction in wildlife both locally and internationally is intensive farming, which relies on huge fields of one single crop that can’t be grown without massacring anything that might wish to eat it.

All this should be centre stage at the climate summit in Glasgow. We aren’t just experiencing one threat to our future. We are experiencing multiple problems that are mounting in intensity. The devastation of wildlife is every bit as important as climate change, and when it comes to loss of mature tree cover, it is one of the prime drivers of it.

Covering the earth with a thin layer of plastic that will last as long as the geological record, is an equally massive problem that is still getting worse.

We cannot continue to run our civilisation on the principle that the life within it is only of value if it serves the needs of humans. Nor can we build a sustainable future on the basis of short-term pursuit of the quickest and cheapest solution to our problems regardless of the long-term consequences.

World leaders are gathering at Glasgow to participate in a massive photo opportunity. It remains to be seen whether they will participate in a massive programme of genuinely serious and urgent action. Or are we content for our legacy to be a depleted planet on which we have wiped out, in a few short years, many of the wonderful creatures have taken billions of years to evolve?