They say that love of money is the root of all evil. I am not sure I agree. These days a better case can be made that it is fossil fuels. 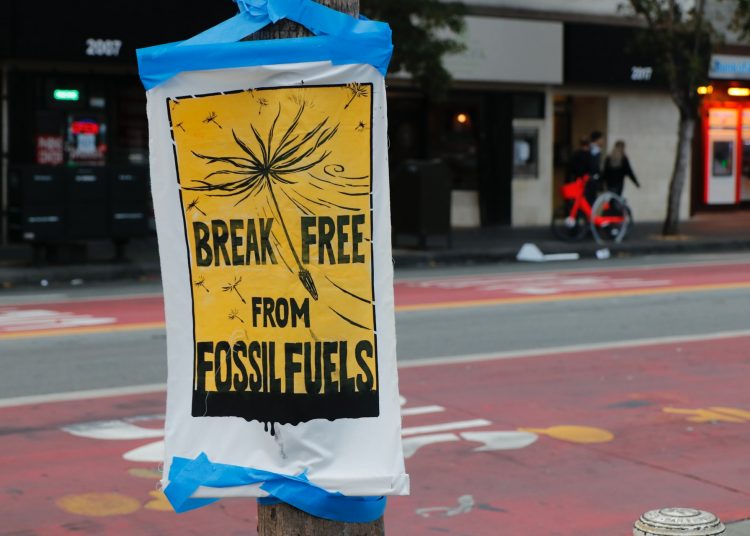 When you think about it, there is something deeply strange about the whole idea of digging up a fossil that has lain underground for 300 million years and then burning it to power a civilisation for a few hundred. Particularly when you realise that the air that we breathe is also effectively a fossil that is being irreversibly changed by burning all that carbon.

There is also something deeply disturbing about who gets rewarded for servicing this fossilised lifestyle. The main sources of oil and gas are Russia and Saudi Arabia. For decades, consumers have been funding extreme nationalism, extreme religious bigotry and extreme corruption. Huge unearned incomes have gone not to the people who worked hardest or the people who needed it most, but to those who happened to have the power to control access to the ancient fossils that power our lifestyles.

What those unpleasant people have done with that power is appalling. A staggering 15 of the 19 9/11 bombers came from Saudi Arabia. None came from Iraq. Yet Iraq was invaded whilst Saudi Arabia continued to fund horrible indoctrination schools around the world that turned a twisted misrepresentation of Islamic beliefs from a fringe minority view into a powerful movement of women-hating extremism.

Vladimir Putin used his oil and gas revenues to fund appalling authoritarian nationalism. Many of the people who are now speaking the loudest about this were first in the queue to take money when his regime deliberately set out to influence British politics. Either in the form of direct and open funding for the Conservative Party, or in the form of shadowy hidden funding of the Brexit campaign.

Refusal to stop buying gas and oil from Putin’s regime

Indeed, so strong is their addiction to fossilised technology that the British government is prepared to carry on buying oil and gas from Putin’s regime whilst applauding the Ukrainian president and promising to send him more arms to defend his people from a brutal invasion.

Right now, we need our political leaders to move with real speed and determination to stop buying oil and gas from Putin’s regime. Instead, we have a bizarre situation. The UK government is sending lethal weapons into a war zone to help brave people defend their homes. And at exactly the same time, that very same government is sending cash to the man who launched the unprovoked attack on those homes. We are asking a mass murderer if he would kindly allow oil and gas deliveries to continue.

If this wasn’t bad enough, then the government’s plan to reduce dependence on that oil and gas is so completely wrongheaded that it is best described as corporate manslaughter.

Rolling back on climate commitments

After hosting the COP summit and telling the world how determined he is to rid Britain of fossil fuel technology as rapidly as possible, Boris Johnson is busy using the current crisis as an excuse to do something very different. Increasing the extraction of fossil fuels at a time when we know that lives will be lost in the coming climate emergency, is knowingly deciding to take lives.

Prime Minister Johnson has begun to talk about the need to issue new oil and gas exploration licences. Something that would increase the supply of oil and gas in about five years’ time and thus be of no value whatsoever in the current war or during the current cost of living crisis. He has spoken about the need for new nuclear. Something that takes decades from planning to production and provides the single most expensive form of power in the long run. And his ministers have begun to speak about the need to revisit the idea of fracking. Something which would again take years to provide increased supply and would be utterly unsuitable to the complex British geology on a crowded island.

All of these ideas have one thing in common. They assume that the only way to deal with an energy crisis is to increase supply, and they would lock us in to producing pollution for longer. More immediate and more genuine solutions are very different. The quickest, easiest, cheapest and most effective way to deal with a shortage of energy and high costs is to reduce use and to cut demand, not to increase supply.

Any far-sighted responsible government would have already launched a campaign to reduce the uses of energy and cut heating bills. The first step in this would have been to insist that every public building in the country must immediately reduce its heating temperature by 2 degrees and to ask every home to do the same. Almost all the aid organisations supporting Ukraine are asking us to send them money not jumpers. They are right. We should be putting on those old jerseys, turning down the heating and saving gas supplies.

At the same time, Britain and the whole of Europe should be launching major drives to insulate buildings and retrofit properties to reduce use. The best way to cut bills and cut the supply of cash to Putin is to make homes more efficient. Encouraging use of public transport and encouraging the growth and the purchase of locally produced food are other measures that could have a rapid impact.

Are we really going to sit watching a war on television and assume that oil and gas is going to continue to flow out of Putin’s Russia? Or are we going to get serious about reducing demand?

During the Second World War, one of the key reasons Britain survived was because of the success of a campaign to dig for Britain that ensured we kept the nation fed. During Putin’s failing attempts to intimidate us all with threats of Third World War, we need a campaign on a similar scale.

But don’t shout that slogan loudly though, or you might get ten years in jail. For defending democracy. In Britain.