Is a temporary deflated car tyre the wake-up call that we need for the climate emergency? 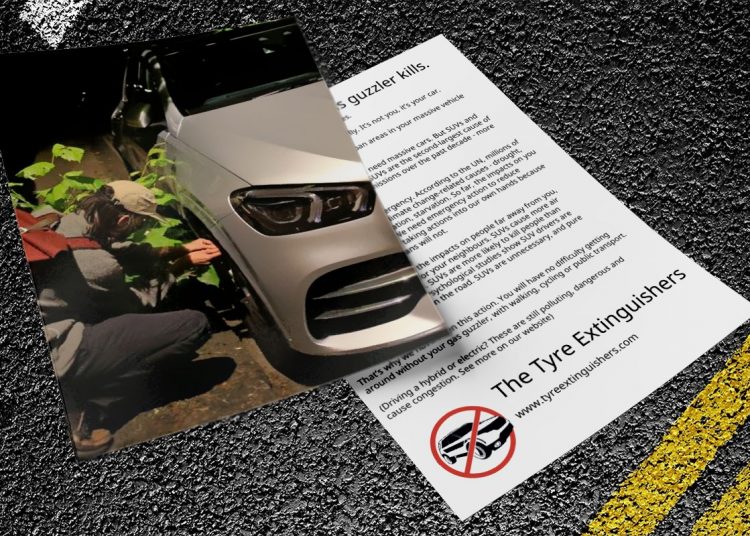 Environmentalists deflated almost 100 SUVs in Leeds during the night of 2 August as part of their stated aim “to combat the climate and nature crisis”. The Leeds Tyre Extinguisher group claimed that 85 SUVs in Meanwood and elsewhere in Leeds were “disarmed” in group’s first action in the city.

The action group Tyre Extinguishers states that their aim is simple:

“We are people from all walks of life with one aim: To make it impossible to own a huge polluting 4×4 in the world’s urban areas. We are defending ourselves against climate change, air pollution and unsafe drivers. We do this with a simple tactic: Deflating the tyres of these massive, unnecessary vehicles, causing inconvenience for their owners.”

The group claims that they do not target blue badge drivers, mini-buses, or traders’ vehicles and say that the action is necessary as “SUVs and 4×4 are a disaster for our health, our public safety and our climate. Because governments and politicians have failed to protect us from this danger, we must protect ourselves”.

What is the climate impact of SUVs?

The Guardian reported that if all emissions from SUVs globally were combined together, then they would rank as the seventh largest emitter in the world. The paper further noted that each year, SUVs give out more emissions that than the UK and the Netherlands combined. There is a growing trend in SUV ownership, with almost 50% of all new cars sold in Europe being SUVs.

Is targeting EVs and hybrids an effective strategy?

Motorists are frustrated that the targeting of SUVs has not always been accurate and that hybrids and electric vehicles have also had their tyres deflated. With the growing share of electric SUVs, it appears self-defeating that electric cars are also being impacted.

The Tyre Extinguisher group makes the point that their decision to target all SUVs is based on a combination of air pollution, climate and road safety concerns:

“Hybrids and electric cars are fair game. We cannot electrify our way out of the climate crisis – there are not enough rare earth metals to replace everyone’s car and the mining of these metals causes suffering. Plus, the danger to other road users still stands, as does the air pollution (PM 2.5 pollution is still produced from tyres and brake pads).”

Spokesperson for the group, Marion Walker, told me, “We want to see bans on SUVs in urban areas, pollution levies to tax SUVs out of existence, and massive investment in free, comprehensive public transport. But until politicians make this a reality, Tyre Extinguishers action will continue”.

It’s unclear whether this would constitute the offence of criminal damage, as the impact is only temporary. As nobody has been arrested for deflating tyres so far, this issue has yet to be tested by the UK courts. Over 6,000 SUVs have now been deflated by the global group. Walker commented, “We are not afraid of the law or being caught. What we are afraid of is catastrophic climate change that we are on course for if things don’t change”.

The website for Tyre Extinguishers says that tackling the climate crisis is the primary aim of the group:

“The threat to all of our lives is dire and irreversible. Yet we have so many solutions at our fingertips, just waiting to be deployed, for the benefit of all. SUVs however – even electric ones – are simply not compatible with a liveable future. We must all ask ourselves what we can do in this time, together, to create the change needed to avoid the worst impacts.” 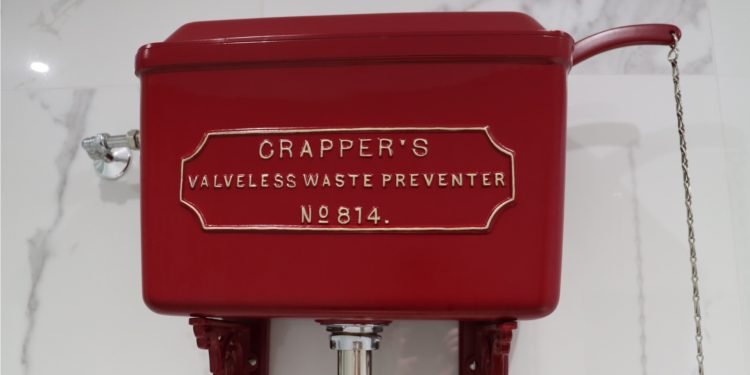 A balance of inconveniences

In the UK, there are almost 33 million cars and there are projected to be SUV sales of around 160,000 units this year. When all the deflated tyres of SUV tyres in the UK are combined, that’s fewer than 1,000 SUVs. This would equate to 0.6% of all SUV sales from this year. Despite the tiny figure of cars actually impacted, it can be argued that their actions have been successful in drawing attention to the issue.

Comparisons can be drawn to other non-violent direct-action events from other groups.

In the last few years, protestors from the group Insulate Britain have blocked roads, much to the ire of motorists. Some have been attacked and pulled away from the road where they have been sitting. In the past week, the Guardian argued that insulating homes efficiently would save customers money, especially when there is rising energy prices. The UK’s own Committee on Climate Change reported in June that by failing to insulate homes, the UK’s aim to achieve net zero was in serious peril. In both climate terms and in energy savings to the customer, the UK is far behind.

Last month, there were significant protests on UK motorways regarding the price of fuel, with hundreds of vehicles driving in slow convoys to disrupt, inconvenience and draw attention to their issue. Fuel prices have slowly fallen since then, so could this action be described as successful as well?

It may be that as long as we are not directly and personally affected by these types of protests, we might applaud them from afar, but as soon as we are directly impacted, even for a short time, then we become angry and refuse to listen to the aims of the protestors. In the case of Tyre Extinguishers, their statement on their recent action states:

“We have acted for our family and friends, children at school now and all the many people we will never meet who are already suffering and dying from the consequences of this inaction. The threat to all of our lives is dire and irreversible. Yet we have so many solutions at our fingertips, just waiting to be deployed, for the benefit of all.”

The future of protest in the UK

With the new Police, Crime, Sentencing and Courts Act 2022 now in place, it appears that the government is trying to reduce further the ability to protest, or criticise its actions. The campaigner Steve Bray, famous for his ‘noisy protests’, was one of the first to be swept up in these new powers.

This has intensified in the last few days, as the squabble to become the new prime minister continues, with Rishi Sunak promising to widen the description of the term ‘extremism’ to those who “vilify the country”. This may possibly include those who are critical of the government. Will our entire ability to protest be sacrificed at the altar of prime ministerial ambition?