In these circumstances, a major investment programme focused on a Green New Deal becomes the most practical, sensible and realistic way forward for a nation that is serious about wanting a successful future and being a great trading nation. 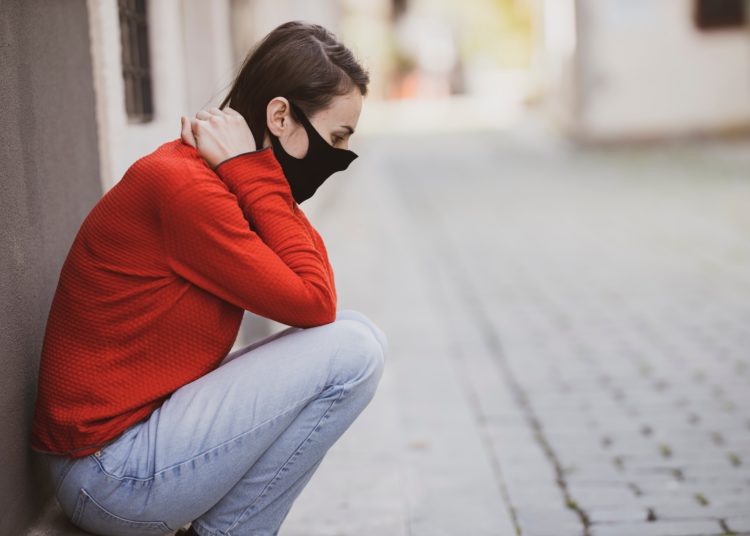 Photo by engin akyurt on Unsplash

Fighting a global pandemic is rather like fighting a war. If you are naïve about your tactics or indulge in wishful thinking you tend to meet with some very nasty surprises.

Many people who are from the right of centre have been busy indulging in the fantasy that the covid problems are going to be over well before Christmas and we can all get back to normal, with minimum long-term damage to the economy. In the meantime, those on the left are a touch too inclined to believe that you can lock down an economy for long periods of time without the consequent hardship and poverty wrecking people’s health almost as effectively as the virus has.

Instead of taking ideological sides on a deeply practical question, it is rather more important that we analyse what works and what doesn’t and that we also think hard about which jobs can be rescued, which can’t and what needs to radically change.

All the evidence is that the most effective approach to controlling the spread of infection is to test often, trace those who are infected quickly and then persuade them and their contacts to isolate until they are safe. On every one of those counts the UK government has failed to organise properly. After six months of work the county still isn’t able to test everyone who requests a test and there are whole cities like Sunderland that don’t have enough testing kits and aren’t getting lab results back quickly enough, despite being in the middle of significant outbreaks. The country wasted weeks chasing an over-centralised tracing system that simply didn’t work, and it still has no system for checking on whether people are actually complying with quarantine rules.

If that situation is unimpressive then it gets worse when you start to look at the more complex issues. It makes absolute sense to move from a blanket national lockdown and to focus instead on identifying localities with specific problems, and the government must be given some credit for making that change. It makes no sense at all to simply dump the problems of dealing with those local lockdowns on local people without providing local authorities with the decision-making authority and the resources that they need to cope.

It cannot be right that we ask businesses on one side of a local government border to close while those on the other side can re-open, unless we provide realistic and flexible financial support for those who lose their jobs or their business as a result. We are asking some of the poorest communities in the country to close down much of their activity in order to benefit the overall health of the nation. It can’t be right to have subtle local lockdowns but a clumsy national support system.

Areas that are locked down need a serious injection of cash and need to be in control over what happens to them or there is a real risk that people will be forced to stop respecting local lockdowns under the harsh reality of economic necessity. There is almost no way of checking whether someone travels over a local authority border to work and so we can’t control the spread of a virus by making it economically necessary to leave places such as Bradford in order to find work in places such as Ilkley.

The economic pain that poorer communities are experiencing is devastating local high streets. Many will never return to life and vibrancy without serious structural change. A high proportion of Yorkshire towns and cities were already suffering declining and increasingly sad town centres before lockdown was even thought of. Now that millions more people are buying online and working from home, there are a lot of offices and shops that will never be needed again.

What is the strategy for dealing with this? Do we simply leave it to the free market? If so then we’ll get a repeat of what we have seen in recent years in Bradford: street after street of great buildings declining into miserable disuse whilst new housing estates are being thrown up on greenfield sites on the edge of the city.

It takes strong financial incentives to make it worthwhile to convert an old department store, a factory or an office block into attractive accommodation and it is pointless doing so unless the government also invests in the local schools and in public spaces. The centres of towns like Halifax could be great places in which to live. An injection of new residents into these communities is the single best way to help revive their economy. Leaving them locked down for weeks without targeted investment is not. We desperately need a regional investment programme that will help us build back better.

In the same way, we need thought through targeted support for industry and commerce. One of the main things Margaret Thatcher got right was to constantly tell us that it doesn’t work if a country tries to shore up its lame duck industries. One the main things she got wrong was her belief that governments are incapable of picking winners and losers. That’s like saying that it is impossible to think clearly and to construct a sound plan.

It doesn’t take a genius to work out that one of the consequences of the pandemic is that Britain is going to have a smaller airline sector. It makes no sense to chase after the past and squander money propping up companies that have a history of avoiding paying their fair share of tax. What is needed is a retraining programme to switch staff to working in growth sectors. In a world facing multiple major environmental crises, that means low-carbon industry and commerce, not fossilised ways of doing businesses.

Other sectors of the economy need to be closed for long periods if we are to have any chance of controlling the pandemic, but do have a future. It’s a bad idea in the middle of a health epidemic to encourage people to crowd together to witness sporting and cultural events for enjoyment, but it’s an even worse idea to wipe out all that creativity. Sooner or later those activities will return and become viable once again. We therefore need to provide months of financial support for theatres, lower-division professional football clubs and music venues that the community really values.

What the country really doesn’t need to do is to encourage people to travel across borders to go on foreign holidays in the middle of a global pandemic and then to try to deal with the consequences by a series of last-minute panic re-impositions of travel bans.

Governments locally and nationally need to realise that some jobs are gone for good, some can get back on their feet but need financial support throughout the pandemic, and others will prosper without help. Estate agents don’t need £3.8bn wasted on a stamp duty holiday in the middle of a house price boom. Airlines that will never again be profitable have to be allowed to go to the wall.

Badly stretched local and national revenue budgets need to focus on supporting realistic business-survival strategies and on the transformation of things that need to change. Long-term investment budgets need to be pushed to the limits whilst interest rates are low; there are unemployed people and facilities that can be put back to work without causing inflation, and there is a huge environmental challenge to face.

In these circumstances, a major investment programme focused on a Green New Deal becomes the most practical, sensible and realistic way forward for a nation that is serious about wanting a successful future and being a great trading nation. Getting at the forefront of change is a strategy for success. Chasing the next headline and lurching from one crisis to the next, whilst hoping that the second wave won’t happen, isn’t.