Brexit and the global fight against the climate emergency

James Powell lays out what the UK and the world ought to do in order to reduce green house gas emissions; eating a plant-based diet is the first step, and removing subsidies to the meat industry would also help. 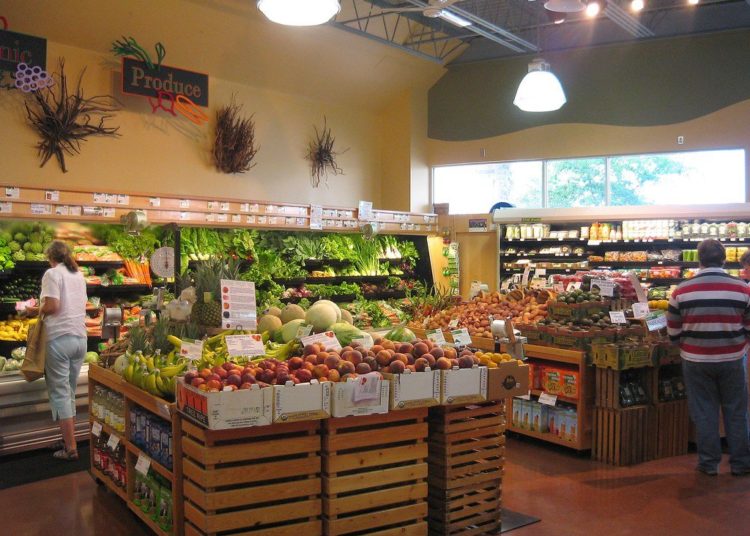 As the UK prepares to host the UN climate conference (COP26), it has promised a 68 percent reduction in greenhouse gas emissions by the end of this decade. This is a huge task and will require considerably more than the technological fixes the government’s plan proposes, including a transition from a meat to plant-based diet.

On 22 April, we witnessed the 51st anniversary of the inaugural Earth Day that aims to “diversify, educate and activate the environmental movement worldwide”. In 1970, Earth Day was born out of a campaign to fight air pollution in America. Today, the climate agenda has progressed substantially and much of this year’s conversation was about the importance of plant-based diets to preserve life on our planet. New ways of living may have to be adopted on a large scale.

Animal produce, the meat industry and the impact on the environment

Hosting COP may provide a kickstart to building a greener society at home, without waiting for other global superpowers to act first.

The world is producing three times as much meat as it was 50 years ago and, according to Our World in Data figures, every year the UK slaughters “2.6 million cattle, 10 million pigs, 14.5 million sheep and lambs, 80 million fish and 950 million birds for human consumption”. By 2024, global meat consumption is set to rise again, despite an increased awareness of its environmental costs.

The animal produce industry (meat, dairy and anything an animal produces for consumption) is one of the leading contributors to global emissions. It produces the same amount of emissions as the combined output of every plane, ship, and land vehicle in the world.

Agriculture, forestry and land use account for 18.4 percent of the world’s greenhouse gas emissions. For example; one kilogram of steak produces 27 kilos of CO2. Compare this to plant-based protein alternatives such as tofu which emits as little as two kilos of CO2 per one kilo produced, lentils produce zero-point-nine kilos of CO2 and legumes absorb CO2 and return it to the soil.

The western diet needs to change

Stopping an environmental catastrophe will require our current levels of meat and dairy consumption to reduce drastically, and soon. There are divergent visions for a green economy, but fundamentally, there is general agreement on the need to radically change our western diet.

In 2018, a number of environmental and health scientists argued for a “planetary health diet” – a predominantly vegetable diet that is good for the environment, good for health and can feed the world. They estimated meat consumption in the US and Europe would need to be reduced by 80 percent.

Changing our diets will require moving to a plant-based agricultural sector. At present, forestland is being cleared for agriculture to sustain meat production. To absorb more carbon, reforestation and reclaiming of peat bogs is essential. The amount of land that can be given over to agriculture needs to shrink substantially.

Farmland already accounts for 70 percent of UK land use, but much of the grazing and arable land is for animal feed. Animal waste and artificial fertilisers have supported higher crop yields and a shift away from meat production will require more sustainable and lower yielding farming methods including crop rotation.

New opportunities with a plant-based diet

This shift to plant-based agriculture also provides new opportunities to develop new methods of plant production and cultivation of plants that can’t currently be grown in the UK environment, or which require a higher intensity of production.

For example, there are projects to cultivate plants high in protein on a smaller scale in the UK where the climate is generally considered to be unfavourable. These trials have successfully yielded soybeans and chickpeas and are replicable.

Subsidies to the meat industry also contribute to climate change

The lucrative meat industry isn’t going to stop producing meat and those who run it do not want change. The state cannot enforce the required change but it can repurpose environmentally harmful subsidies to this burgeoning plant-based agricultural sector.

Without subsidies, animal farming is uneconomic in the UK. The National Farmers’ Union estimates that 80 percent of livestock farmers’ income will reduce as EU subsidies are replaced by new post-Brexit arrangements. In its plan for carbon reduction, the government argues that the breakaway from the economic union means that the UK is free to choose its own agricultural path:

“We will use the freedoms we regain by leaving the EU to support Britain’s farmers so that, alongside producing high-quality food, we ensure healthy soils which will also retain and – over time – capture carbon. We will restore our peatlands and woodlands, create the Nature Recovery Network and wilder landscapes, generating new jobs in nature and land management.”

The UK with all its potential, and desire to be free from EU regulations could become the standard-bearer for a post-meat world and make a major contribution to the fight against the climate emergency.

We must grasp this moment.

An alternative breakdown of the Local Elections results