It may only be August, but as far as Covid-19 is concerned, it’s now all about autumn and winter. 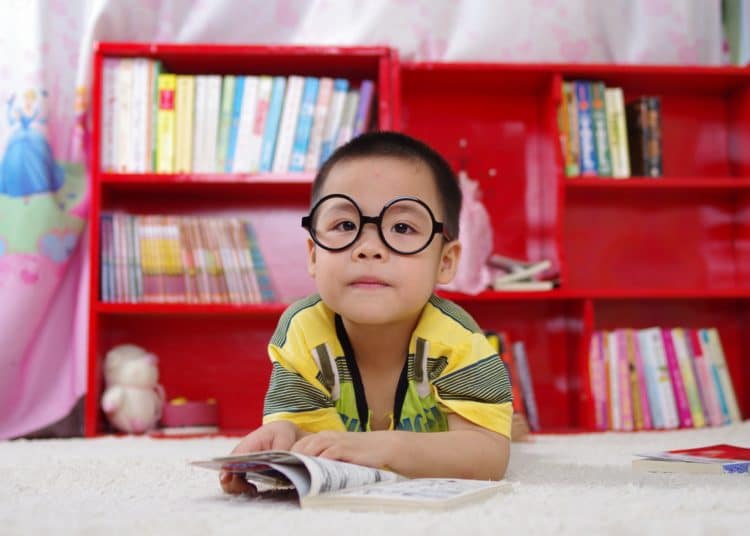 It may only be August, but as far as Covid-19 is concerned, it’s now all about autumn and winter. In particular, what is concerning for children, parents, educators and employers is how prepared the country is to reopen schools and what impact this will have on the pandemic. Will it be safe enough for our children to get an education in a school setting, without this leading to a further wave of Covid-19?

Children’s Commissioner Anne Longfield says children have a right to education and must not be an “afterthought”. She says that schools should be “first to open, last to close”. In a lengthy briefing to the government published on 4 August (Putting children first in future lockdowns) the commissioner set out the key actions needed to ensure that children’s interests are at the heart of planning for future lockdowns. Among other things, the report notes that regular, widespread testing and tracing for both pupils and teachers is essential for keeping schools safe. This will provide much-needed assurance and prevent entire ‘bubbles’ or year groups from having to be sent home after a case of Covid-19 is confirmed. But this is not yet in place; nor is it likely to be in place by September.

In addition, two scientists advising the government have said there may need to be trade-offs around lockdown easing – for example, some restrictions may need to come back into force to allow pupils into the classroom. Professor Graham Medley, chair of the government’s Scientific Advisory Group for Emergencies (Sage) sub-group on pandemic modelling, has said that pubs or “other activities” in England may need to close to allow schools to reopen next month. And Professor Calum Semple, who also advises the government, has talked of “some hard decisions” about which restrictions may need to be reintroduced.

Testing and tracing, alongside these other restrictions, are the key to opening our schools safely. Two recent studies – a modelling one from the UK and a real-world one from Australia – published in the Lancet Child & Adolescent Health and reported by Science Media Centre (SMC), looked specifically at schools and at test and trace.

In the Australian study, tracing identified an average of 50 contacts for each positive case of Covid-19. Martin Hibberd, professor of emerging infectious disease at the London School of Hygiene & Tropical Medicine in the UK, points out that in contrast, the government’s test and trace system is only “identifying an average of two contacts, who typically live in the same household as the case”. These UK figures reveal that our systems are not yet ready to handle the consequences of children returning to school without increasing the likelihood of a further wave of Covid-19.

The UK study, which modelled six scenarios for what might happen when schools open, concluded that an epidemic rebound was likely unless testing and tracing significantly increased. It looked at options for opening schools fully, or on a part-time basis, and factored in the levels of testing and tracing that would need to take place. To prevent a further surge of Covid-19 occurring just in time for Christmas, it found that 68 percent of contacts would need to be traced, and 75 per cent of individuals with covid symptoms would need to be tested and positive cases isolated if schools return full-time in September.

As Hibberd says, “A clear message is that contact tracing needs to be effective in order to control the number of infections as contact rates increase with school openings, even if children are less effective at transmitting the virus than adults”. Essentially, the current NHS test and trace programme in England must significantly improve if schools are to reopen safely in September, and to avoid a second wave of Covid-19.

When it comes to testing, particularly the most vulnerable, the government’s record has been nothing short of scandalous. On 3 July it confidently stated that from Monday 6 July “staff and residents in care homes for over 65s and those with dementia will receive regular coronavirus tests … as part of a new social care testing strategy”. The reality is very different. A major provider, Care UK, has said it is finding it “increasingly difficult to access regular testing” not helped by the recent withdrawal of home-test kits used in care homes over safety concerns. The government has now pledged to get tests to all care homes for the elderly and people with dementia by 7 September. But the failure to sort out proper testing in care homes does not inspire confidence that the government will get testing sorted in the more complex setting of local communities, where there is a constant ebb and flow of people.

It’s essential that we have enough people being tested, with reliable and timely results. The government’s recent announcement that two new tests for Covid-19 are to be introduced across NHS hospitals and care homes, said to deliver results within 90 minutes, were met with surprise by some experts. The particular tests, DnaNUDGE and LamPORE, are not well known, and although the Health Secretary Matt Hancock claims the tests are “lifesaving”, this has not yet been supported by any publicly available data. And it’s also dependent on delivery: the LamPORE test has still not had approval from the regulators, despite the government expecting that at the end of last week, and the DNA test will not be rolled out until September.

Despite promises on 20 May from Boris Johnson that there would be a world-beating track and trace system within days, it is still anything but. And now the government has all but abandoned its centralised privately run system, having spent some £10bn on the strategy. Local public health teams were already managing to trace eight times more contacts compared with the government’s Serco system and will now be the focus of the strategy moving forward.

So frustrated were they in Blackburn and elsewhere, that officials had started their own system of local contact tracing amid concerns the national one was not working well enough on its own. The leader of Oldham had rightly claimed that local authorities could do a better job and Alan Brett, leader of Rochdale, told Newsnight that, “We won’t let the children go back if it’s not safe”.

If we want to get children back to school safely, we have to hope the new tests work and are used in the right places, and that tracing now improves. The government has less than four weeks to sort this out before schools return. They have to stop the whack-a-mole strategy and show some consistent thinking that is understood and supported by those dealing with the pandemic. If it doesn’t get a grip of this, then the virus will surely get a grip of the government.