So you just sit and talk to people on your computer, right? What’s the difference to the way you talk to them in real life? Well, as most of us are finding, an awful lot. 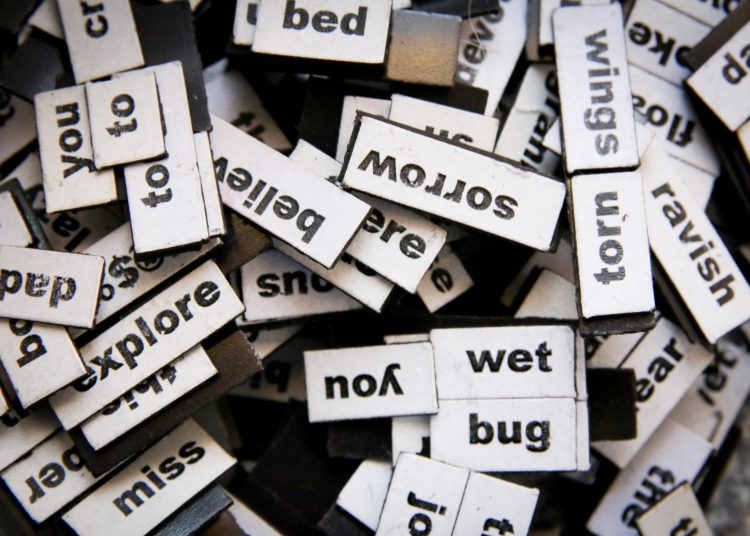 Photo by Glen Carrie on Unsplash

In Alice Through the Looking Glass, the child protagonist Alice is introduced to the ways the adult world uses words, by her irascible antagonist, Humpty Dumpty:

‘When I use a word’, Humpty Dumpty said in rather a scornful tone, ‘it means just what I choose it to mean–neither more nor less.’

‘The question is,’ said Alice, ‘whether you can make words mean different things–that’s all.’

‘The question is,’ said Humpty Dumpty, ‘which is to be master–that’s all’

I have been reminded of this interaction in many different ways during lockdown and, even more acutely, the complexity and incompleteness of ‘words-only’ human communication.

Talking to people outside my immediate household, largely through Zoom, was a new experience. So you just sit and talk to people on your computer, right? What’s the difference to the way you talk to them in real life? Well, as most of us are finding, an awful lot.

First of all, you have to look at yourself while you are talking, and see the expressions go across your face as others talk; a novel experience for most people. Do you say things on interfaces such as Zoom or Microsoft Teams in quite the same way that you would say them face to face? My guess is, probably not. This will no doubt take years of psychological research to unravel. In the meantime, I know that an hour of Zooming (is that a verb?) leaves me far more weary than an hour of face-to-face interaction, even though I am only sitting in my own house.

Then there are the baffling and often unpleasant ways in which people communicate on social media. Last week I inadvertently became caught in what Steven Watson calls “a discussion on an issue of complex practice [which] became reductive, polarised and dichotomised”, after questioning the government’s allocation of £4m to a company without tender in an article on this website. The fact that this was a company that supplied education services opened the door to a 48-hour ‘discussion’ from a group of tweeters within the online community commonly dubbed ‘EduTwitter’.

This included a thread of tweets dissecting the construction of the article, a grammatical commentary, jeering joke polls (one of which questioned the writer’s ability to count to four), and scathing comments about the value of postgraduate education degrees. The basis for the reaction seemed to be a fundamental misunderstanding of the key points of the article, an idea that went around a small group of tweeters like wildfire: the erroneous, reductionist opinion that the article had been written primarily to have ‘a go’ at teachers. The use of a small example of the company’s materials leading into a question about the advisability of multiple-choice questioning within the arts and humanities, was the spark from which twenty to thirty EduTweeters enthusiastically fanned the flames, refusing to engage with any explanation.

As Watson comments, the whole culture of twitter is prone to “energise … moral outrage and contagion”, leaving the object of such an event emotionally, and sometimes professionally, battered. For non-celebrities, it is a salutary experience that gives a tiny taster of the onslaughts unleashed on media personalities, of the type that caused Caroline Flack to launch the hashtag #BeKind shortly before her tragic suicide. Ironically, as I write, Watson’s article is the target of EduTwitter outrage, as are the academics who tweeted it.

This week, I had yet another new online communication experience: making FaceTime contact with my 92-year-old mother, who has advanced dementia. The FaceTime ‘visit’ is a new initiative from her nursing home, offered in response to the fact that the residents have been in lockdown since mid-March. So I went from my Twitter ‘debate’ – a jungle of words meaning so many different things to so many different people, some of whom intentionally twisted them to discredit a political challenge – to an interaction where words meant very little to the person on the other side of the screen, located 200 miles away.

I wrote about my mother four years ago, in an article entitled ‘The Time Traveller’s daughter’, describing the way in which her mind had moved slowly backwards in time during the earlier part of her illness, and my attempts to go with her on that journey, so we could interact from a common frame of reference. Now her ability to speak in sentences is gone, and I was faced with an even more formidable situation than having my words twisted in a tangle of social media outrage: an interaction with a person whose access to words is very limited, through a technology designed for two-way conversations. You can’t hold someone’s hand, or comfortably sit silently with them on FaceTime.

My worst fears were realised during the first few minutes of the call, when it became clear that my mother didn’t understand there was another person talking to her through the screen. However, when my small dog came wandering in, I picked her up, put her face next to mine and smiled. My mother’s eyes suddenly focused on the dog, and she smiled back. I reminded my mother of the dog’s name and she smiled again. So, I slowly named every dog she had lived with, or known in the family over her long, long life, starting with our current pets, moving backwards in time to her very first childhood dog. At the sound of his name, she looked up, smiled and repeated it. So, it seems, my mother is still time travelling, four years on.

Then I slowly went through family names, some of which she recognised and smiled at, some of which she didn’t. I got the most beaming smile for the name of her first great-grandchild, whose name she once wrote down over and over again so she didn’t forget it, when she first began to descend into the abyss of dementia. And this led me to wonder what human minds hold onto most tightly as they unravel.

I began to reflect upon the forest of words within which human lives exist, nearly all of which have multiple meanings that can be used in multiple contexts, giving them the endless potential to be twisted or misunderstood. If we live long enough, and we approach the place where our mind’s ability to deal with language begins to disintegrate, perhaps those few words that remain when all else has peeled away will be those associated with the people and animals we have loved the most.

Perhaps then, in this very difficult time for the whole world, the very old have something important to teach us about what really matters in our lives. That we should cherish our connections to those we love the most during a time when so much communication must be done within the stormy ‘reductive, polarised and dichotomised’ seas of the worldwide web and social media. And that we should to try, in the reduced conversations that we have through technology, to #BeKind to each other.